Earlier this week, Giriraj had stoked fresh controversy when he described Deoband as the 'Gangotri of terrorism' from where terrorists like Mumbai attack mastermind Hafiz Saeed come. 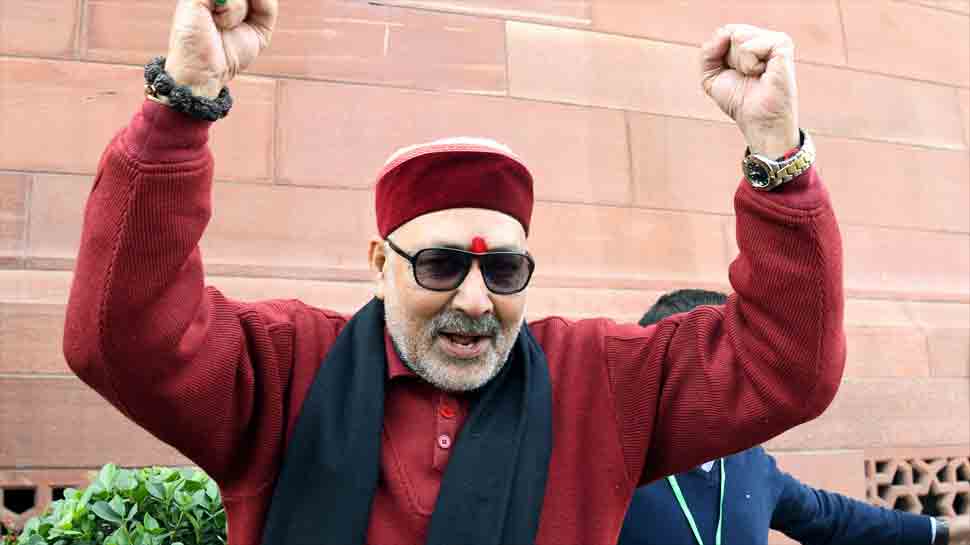 Earlier this week, Giriraj had stoked fresh controversy when he described Deoband as the 'Gangotri of terrorism' from where terrorists like Mumbai attack mastermind Hafiz Saeed come.

"I had once said earlier that Deoband is the Gangotri of terrorists. All most wanted terrorists of the world came from Deoband, including Hafiz Saeed or any of the others. These people are not against CAA, they are against India. This is a kind of a Khilafat movement," said Giriraj Singh while attacking the ongoing anti-CAA protests in Deoband.

The Union minister was in Saharanpur for a programme in support of the CAA. The minister also dubbed the anti-CAA stir a protest against the country. "It is against India. It is a kind of Khilafat andolan," he said, reminding JNU student Sharjeel Imam's "anti-India" remarks.

Deoband has seen fierce anti-CAA protests by Muslim women over the past months and has faced attack from BJP leaders.

Giriraj Singh had earlier alleged that 'suicide bombers' are being raised in Shaheen Bagh. Referring to a video, in which a few children are purportedly making some objectionable comments against Prime Minister Narendra Modi, Giriraj Singh said poison is being drilled into the minds of kids.

"This Shaheen Bagh protest is no longer an agitation. A group of suicide bombers is being raised here and conspiracy against the country is being hatched in its capital," he claimed.

The Begusarai MP is known for making communal and controversial comments. In December 2019, he had made a similar statements which had sparked a debate then.