BJP seems to have an edge in 2019 Lok Sabha polls: Mulayam Singh Yadav

Mulayam also made it clear that he was unhappy that Mayawati-led BSP being given half of the seats in the alliance for Uttar Pradesh ahead of Lok Sabha elections. 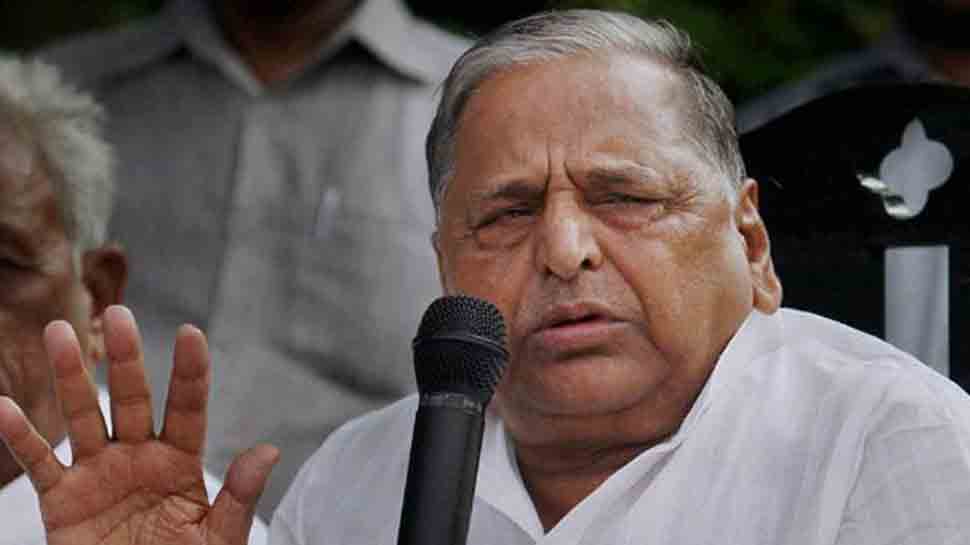 Addressing his party workers at Samajwadi Party headquarters in Lucknow, the party patriarch clearly showed his displeasure over the alliance forged between his party and BSP. He said, "SP-BSP alliance is inappropriate. Some people are only creating trouble for the party."

He also took a veiled attack on his son Akhilesh's work style and told his party workers that BJP's election preparation is way ahead of them.

"BJP seems to have taken an edge in 2019 general assembly elections. They have decided their candidates and finalised suitable candidates to contest the elections," he said. "No preparations for the upcoming elections have been carried out in your party. The candidates, who came to know about getting tickets to contest the polls are working. However, the remaining others are in a state of confusion," he said, in a scathing attack on Akhilesh's work style.

"Tickets have not been decided so far," he added.

"You have appointed me as a mentor but you have not yet made cleared my role and my responsibilities in the party. The number of girls in the party has drastically reduced. When girls and women get actively involved in a party, it helps in performing better in an election," the SP veteran said during the address.

Mulayam also made it clear that he was unhappy that Mayawati-led BSP being given half of the seats in the alliance for Uttar Pradesh ahead of Lok Sabha elections. "Akhilesh will be contesting on only 40 out of 80 seats in Uttar Pradesh. On the other hand, I have formed the government of full majority thrice on my own. When I was the Chief Minister, I had won 39 out of 80 seats and three by-elections. After winning 42 seats, I became the Defence Minister."

The remarks from Mulayam came days after he created a stir in Parliament saying he wished that Prime Minister Narendra Modi returns to power in Centre in the upcoming Lok Sabha elections.

The Samajwadi Party will contest 37 seats and BSP on 38 seats in Uttar Pradesh in the general assembly elections, the two parties said today while releasing a list of seats. While announcing the alliance earlier, the two parties had said they will contest from 38 constituencies each out of the 80 in the state.