It may be recalled that Cabinet Committee on Security (CCS) chaired by PM Narendra Modi had approved the acquisition of six additional AH-64E Apache attack choppers on February 19. 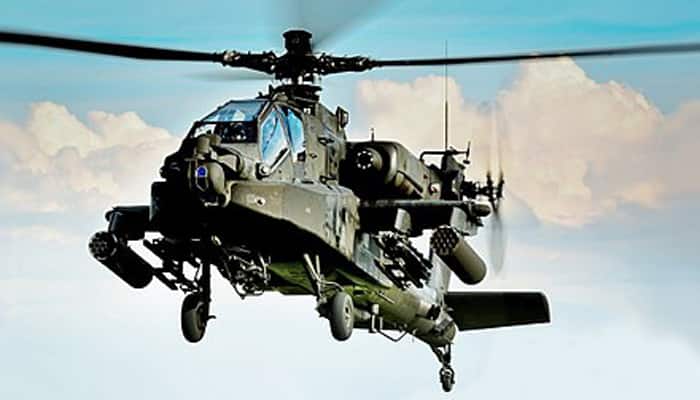 "We congratulate the US and Indian governments on this key milestone and welcome the positive momentum in the bilateral defense trade and industrial partnership. Through our local entity, Boeing Defence India, we are supporting the P-8I, C-17, CH-47 Chinook, and AH-64 Apache with holistic lifecycle support to assist with India’s defense modernization effort and mission-readiness at competitive costs. This new contract is a testimony to the trust and long standing partnership Boeing has nurtured over the years with our Indian customers and we are committed to delivering on our commitments in the future as well," said Boeing India President Salil Gupte.

It may be recalled that Cabinet Committee on Security (CCS) chaired by PM Narendra Modi had approved the acquisition of six additional AH-64E Apache attack choppers on February 19.

Fuselages and secondary aerostructures for the Army’s Apaches will be manufactured at Tata Boeing Aerospace Limited (TBAL) in Hyderabad. TBAL is already manufacturing fuselages for multiple Apache operators around the world.

It is expected that deliveries of the apache helicopters for the Indian Army would begin in 2023. The Apache sale is a hybrid procurement – Direct Commercial Sale (DCS) between Boeing and MoD and Foreign Military Sale (FMS) between the GoI and USG.

The FMS contract for the Apache includes munitions, training, aircraft certification, and components including engines, EO sensors and the radar. The direct commercial sale portion of the contract primarily consists of the aircraft (less engines/sensors), logistic support, spares and services.

The AH-64E Apache is by far the the most advanced multi-role combat helicopter in the world and it is the backbone of the US Army attack helicopter fleet. These choppers incorporate 26 new technologies designed to enhance its capabilities. To date, more than 400 AH-64E model Apaches have been delivered worldwide.

The US Army Apache fleet has accumulated more than 4.5 million flight hours. With more than 2,400 Apaches delivered to customers around the world, Boeing is committed to the continuous modernization of the program to ensure that AH-64 capabilities outpace adversaries to maintain battlefield dominance today and for decades to come.

According to Boeing, optimizing readiness for Apache fleets around the globe is one of the primary missions of the country. "From Performance-Based Logistics (PBL) and integrated fleet support to modifications, repairs and training, Boeing provides a broad spectrum of products and services which directly support and enhance capabilities while reducing the total cost of ownership. Boeing’s services range from transactional spares to complete lifecycle support solutions that are uniquely tailored to the requirements of each AH-64 Apache customer," said Boeing.