India`s development cannot be imagined without the very important contribution of the states of Southern India, said Home Minister Amit Shah on Sunday at the Southern Zonal Council meeting in Tirupati. 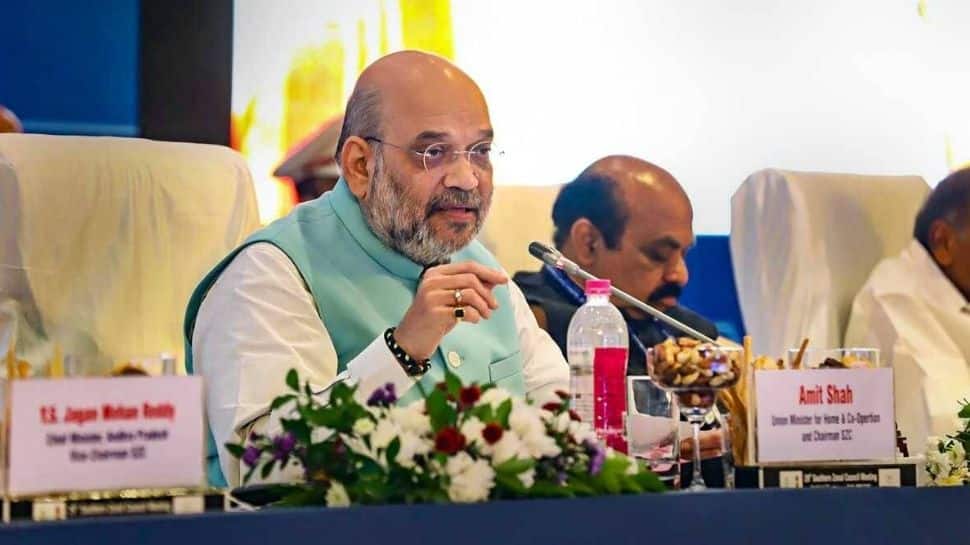 New Delhi: Union Home Minister Amit Shah on Sunday (November 14, 2021), in his opening remarks at the 29th meeting of the Southern Zonal Council in Tirupati in Andhra Pradesh, said that India’s development cannot be imagined without the very important contribution of the states of Southern states.

At the meeting, the Home Minister also noted that the ancient culture, traditions and languages of the states of Southern India enrich India`s culture and ancient legacy.

Additionally, Shah said he would be happy to see delegates feeling free to speak in the language of their state in the future.

"We have been able to achieve 111 crore vaccine doses as of today during the COVID -19 pandemic. This is a big achievement and an example of cooperative federalism. It is Prime Minister Narendra Modi`s vision to leverage cooperative and competitive federalism to achieve all-round growth in the country," Shah said.

The meeting of the council comprised the states of Andhra Pradesh, Tamil Nadu, Karnataka, Kerala and Telangana, and the Union Territories of Puducherry, Lakshadweep and Andaman & Nicobar Islands. The 29th meeting of the Southern Zonal Council was hosted by Andhra Pradesh Chief Minister Jagan Mohan Reddy and was attended by his counterparts and top officials.

The Home Minister said that Zonal Councils were able to successfully resolve many contentious issues among states despite being only advisory in nature. Shah stated that in the last seven years the government has held 18 meetings of Zonal Councils.

"Now meetings of different Zonal Councils are convened regularly and this could happen only with the cooperation of all state governments as well as Central ministries," Shah said.

According to ANI report, Zonal Councils took up issues involving Centre and States and one or many States falling in the Zone. The Zonal Councils discuss a broad range of issues which include boundary-related disputes, security, infrastructure-related matters like road, transport, industries, water, and power, matters pertaining to forests and environment, housing, education, food security, tourism and transport.

40 out of 51 pending issues resolved in meeting

Shah also stated that 40 out 51 pending issues were resolved in the context of today`s meeting of the Southern Zonal Council in Tirupati.

40 out 51 pending issues were resolved in the context of today's meeting of the Southern Zonal Council in Tirupati chaired by Home Minister Amit Shah, he tweets pic.twitter.com/5hRTMk1tjg

Taking to Twitter, the Minister wrote, "Zonal Councils are advisory bodies in nature and yet we have been able to successfully solve many issues. This platform provides an opportunity for interaction at the highest level amongst members. 40 out of 51 pending issues were resolved in the context of today`s meeting."

Nov 15 to be day to honour tribals

Home Minister Amit Shah at the Southern Zonal Council meeting also said that every year from now, November 15 will be observed as ‘Janjatiya Gaurav Diwas' in honour of the tribal communities.

“The Government of India has decided to observe November 15 as Janjatiya Gaurav Diwas. The day will be observed in various formats over a week to highlight the contribution of tribal communities to India's freedom struggle and national development,” Amit Shah announced on Sunday.

Sonu Sood’s sister Malvika set to contest Punjab polls – Who is she?