Chandrayaan 2: A big launch for ISRO, a massive leap for India towards moon

ISRO successfully launched Chandrayaan 2 mission which seeks to study the possible presence of water at the moon's south pole, unexplored by any other nation before. 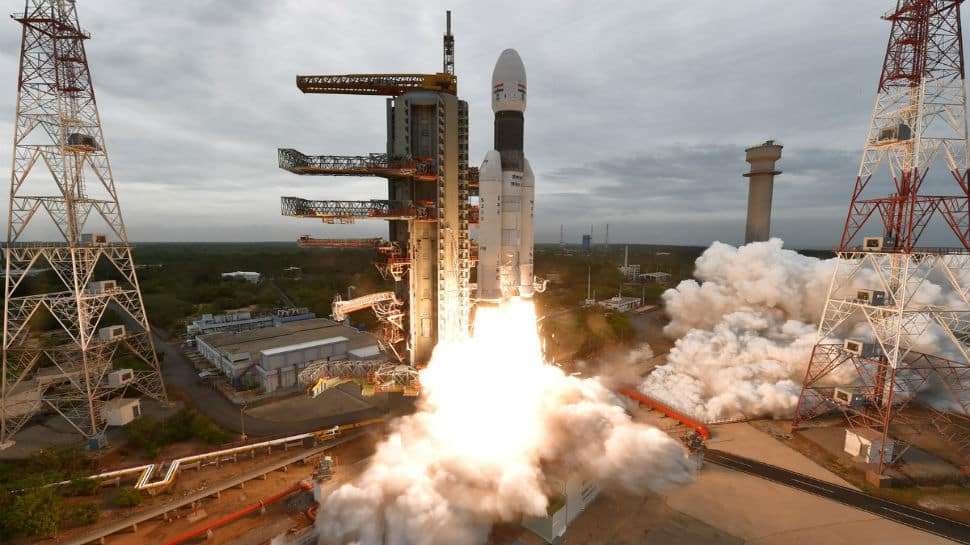 Sriharikota/Bengaluru: India launched a rocket into space on Monday in an attempt to safely land a rover on the moon, the country's most ambitious mission yet.

If successful, the 10-billion-rupee ($146-million) mission will allow scientists to carry out studies regarding the presence of water at the moon's south pole, unexplored by any other nation before.

"This mission will offer new knowledge about the Moon," Prime Minister Narendra Modi said in a Twitter post, praising the scientists responsible for what he called a fully indigenous mission.

China, Russia and the United States are the only other nations to have sent missions to the moon.

A live broadcast showed images of the rocket, carrying the unmanned Chandrayaan-2 spacecraft, blasting off from Sriharikota in Andhra Pradesh as thousands of onlookers cheered the launch, delayed for a week by a technical snag.

The boosters separated safely as the craft began its nearly 50-day journey, after which the lander will attempt a controlled landing to deploy a rover at the moon`s south pole.

The spacecraft had been successfully injected into the earth's orbit, the Indian Space Research Organisation (ISRO) said.

The next month and a half will see the spacecraft perform crucial maneuvers to ensure a smooth landing, ISRO Chairman K. Sivan said, as the agency's officials congratulated each other with handshakes and bear hugs after the launch.

"We are going to experience 15 minutes of terror, to ensure that the landing is done safely near the south pole," he told reporters, describing the final moments before the craft is expected to land on the moon, about 47 days from Monday.

ISRO had previously said the descent on the moon could be complex, with potential problems from variations in lunar gravity, terrain and dust having to be taken into account.

Globally, Chandrayaan 2, whose name means "moon vehicle" in Sanskrit, will be the year's third bid at a moon landing, following China's successful launch of a lunar probe and the Israeli Beresheet spacecraft, which failed and crashed on the moon in April.

ISRO suspects the south pole region of the moon contains water in the form of ice as well as craters that could reveal fossilized information about the early solar system.

Last week saw the 50th anniversary of humankind's first steps on the moon in 1969.