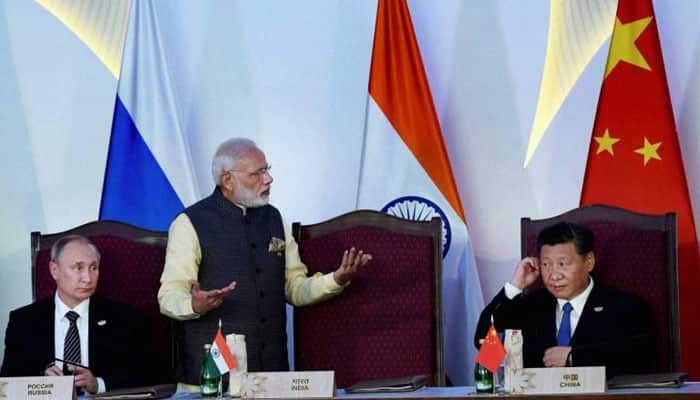 NEW DELHI: China's decision to block another bid to declare Pathankot terror attack mastermind Masood Azhar as a global terrorist will not impact India's resolve to fight terror, the Ministry of External Affairs said on Friday. MEA spokesperson Raveesh Kumar said that China's decision should not be seen as the end of fight against terror.

The statement comes after China on Thursday rejected the move to treat the JeM chief as a global terrorist saying that there was no consensus on the issue. The MEA had said it was deeply disappointed by China's decision to block the UN move once again.

"India strongly believes that double standards and selective approaches will only undermine international community’s resolve to combat terrorism," MEA had said in a statement on Thursday.

A veto-wielding permanent member of the Security Council, China has repeatedly blocked India's move to put a ban on the JeM chief under the al Qaeda Sanctions Committee of the Council. In February this year, China had asked India to provide 'solid evidence' to back efforts to get JeM chief banned by the UN.

China had in August extended by three months it's technical hold on the proposal to list Azhar as a global terrorist by the UN after having blocked the move in February this year at the United Nations.

This is the second year in succession that China has blocked the resolution.

Last year, China had done the same to stall India's application before the same Committee.

China in the past had asked India to discuss the issue directly with Pakistan in order to reach an understanding of Azhar's listing.

Last year in March, China was the only member in the 15- nation UN organ to put a hold on India's application with all other 14 members of the Council supporting New Delhi's bid to place Azhar on the 1267 sanctions list that would subject him to an assets freeze and travel ban.