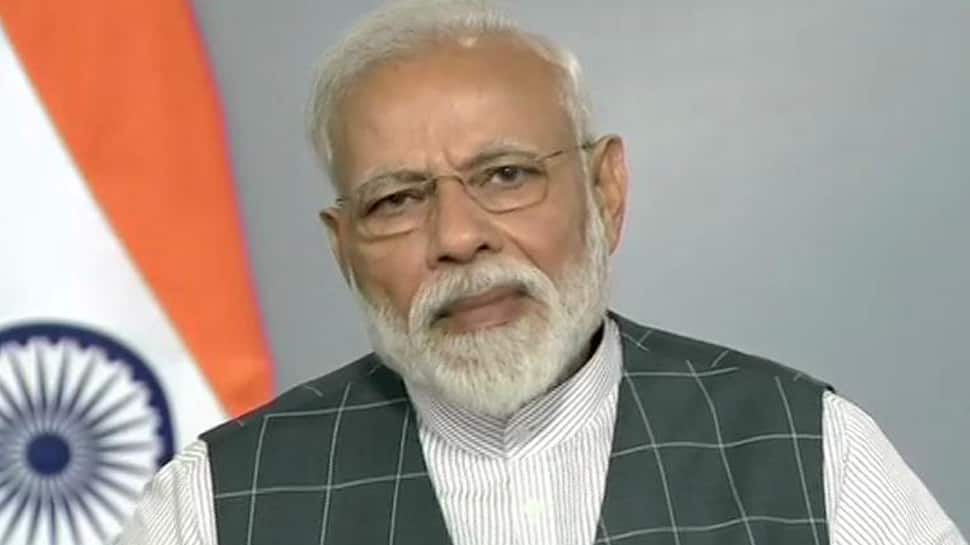 New Delhi: Shortly after addressing the nation on Wednesday, Prime Minister Narendra Modi spoke to the scientists involved with the successful conduct of Mission Shakti via video conference. PM Modi in his address announced that India is now the fourth country in the world after the US, Russia and China to have successfully tested an anti-satellite missile - Mission Shakti - developed in-house by Defence Research and Development Organisation (DRDO) scientists.

Congratulating the scientists on the success of Mission Shakti, PM Modi said that the entire nation is proud of our scientists for achieving well, what they had set out to accomplish, read a statement issued by the Prime Minister's Office (PMO).

He also added that in line with the Make In India initiative, the scientists have given a message to the world that we are less than no one.

Prime Minister Narendra Modi in his interaction with the scientists also said that India follows the philosophy of Vasudhaiva Kutumbakam - the world is one family and further emphasised that the forces which work for peace and goodwill must remain ever-powerful for achieving peace, the statement added.

PM Modi asserted that for global peace and regional peace, India should be capable and strong. He said that the scientists have contributed to this effort with dedication. He also conveyed the greetings of the entire Union Cabinet to the scientists.

Later, the scientists also thanked the Prime Minister for giving them this opportunity to prove their skills.

India conducted the Mission Shakti test from the Dr APJ Abdul Kalam Island in Odisha and a three-stage missile was used.