The J&K government has prepared a presentation for the delegation. Senior officers of J&K police will also brief them about the situation in Kashmir. The members will also get an opportunity to access the ground situation on their own, sources said. 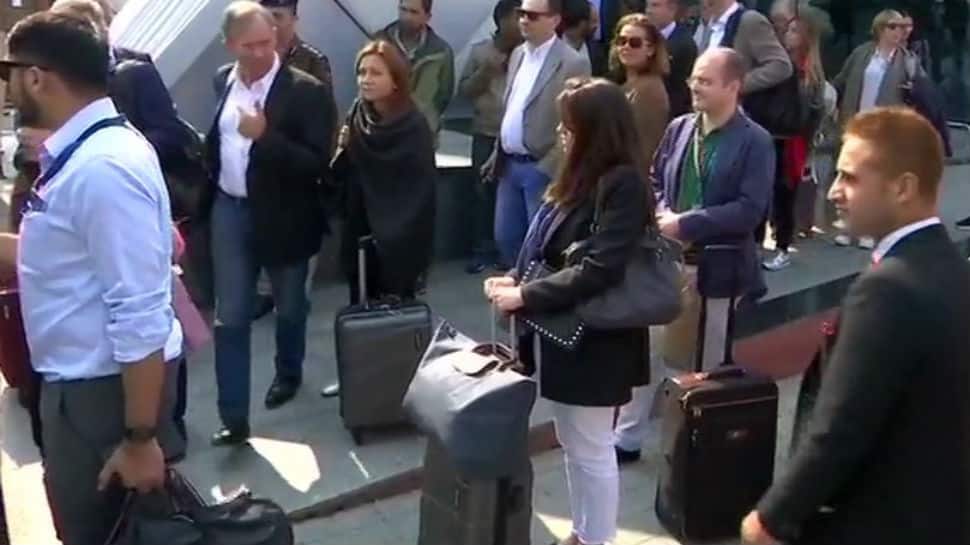 New Delhi: A 27-member European Union (EU) delegation arrived in Kashmir on Tuesday for a day-long visit. The delegation comprises members from different EU member states. This is the first trip of a foreign delegation to Jammu and Kashmir after the government of India scrapped Article 370 which granted special status to the state.

The delegation reached Srinagar airport in the afternoon. They are scheduled to meet the chief secretary, members of the traders' federation and the youth following which they will give their report.

Before leaving for the valley, some of the parliamentarians shared their thoughts on meeting Prime Minister Narendra Modi in New Delhi on Monday and also expressed their opinions on visiting Kashmir.

"Quiet an honour to meet the Prime Minister. A good opportunity to come here to see first hand what is happening here," Thierry Mariani from France said.

"It is a good opportunity for us to go into Kashmir as a foreign delegation and to be able to see firsthand for ourselves what is happening on the ground," Nathan Gill, a member from Wales, said.

"Their visit to Jammu and Kashmir should give the delegation a better understanding of the cultural and religious diversity of Jammu, Kashmir and Ladakh apart from giving them a clear view of the development and governance priorities of the region", a statement quoting Prime Minister issued by Press Information Bureau said.

The J&K government has prepared a presentation for the delegation. Senior officers of J&K police will also brief them about the situation in Kashmir. The members will also get an opportunity to access the ground situation on their own, sources said.