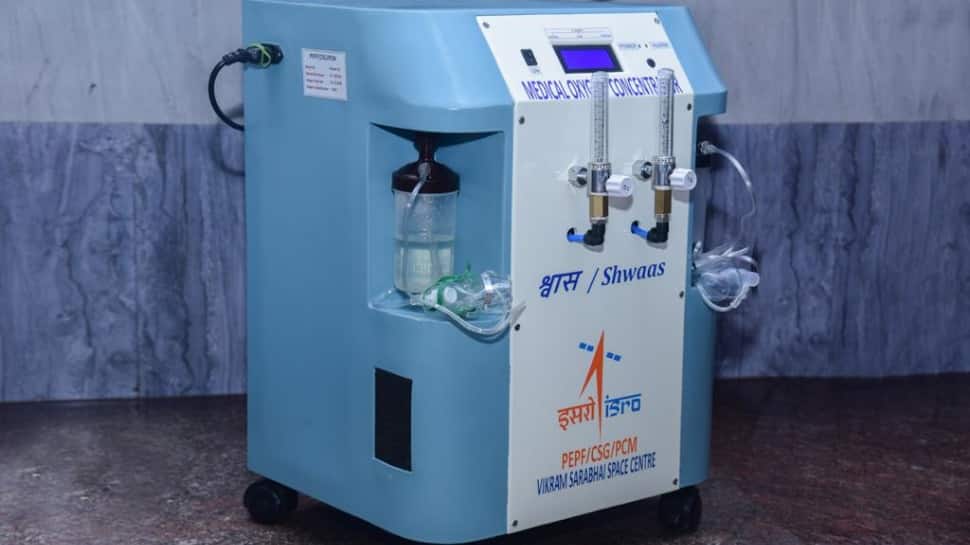 New Delhi: Pan-India Lockdown, local government restrictions and the new normal of work from home (WFH) have not deterred India’s best brains working at the Indian Space Research Organization (ISRO). The first and second waves of COVID-19 have affected the schedule of the core space-related activities at ISRO, but, its scientists have been immensely contributing to the country’s fight against the pandemic by developing crucial medical equipment such as ventilators, oxygen concentrators etc.

Under the series ‘Prana’, three variants of ventilators that are fitted with displays and controls, have been developed by the ISRO teams from VSSC, based on modifications to existing designs and also based on their own unique, patented designs. The first one is similar to the Ambu-bags (artificial manual breathing unit), but this home-grown variant can deliver a good amount of volume and pressure, thanks to its unique design and proper actuation system. 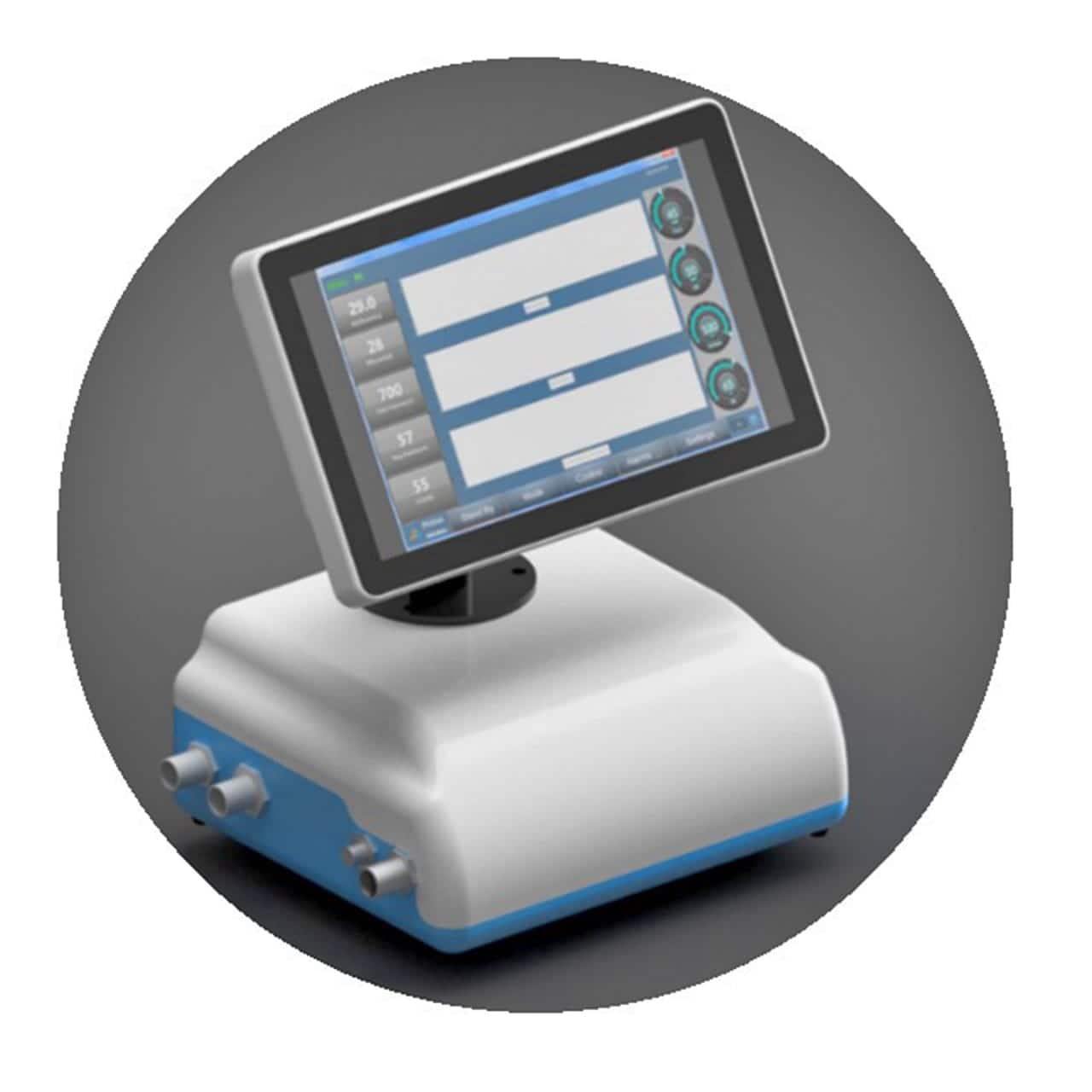 A high-end ventilator, with pneumatic regulation (operated by air under pressure), has also been developed by this team and this offering is said to cost around Rs 1 lakh, which is just about half or one-third the price of similar industry offerings.

The most unique of them all is a ventilator that does not require power or an electric motor, drive. Using compressed air and certain other technological features, it can facilitate the inhale-exhale cycle.

“All of the medical equipment have been designed and developed to WHO standards, our quality and testing teams worked with doctors for evaluating the devices. The electronics, controls, software, circuits, for ventilators and oxygen concentrators, are all developed in-house by our young scientists, but we’ll be giving it free to industry for mass manufacture. This technology will be handed over to technically competent industries and many have approached us already, so it is expected to be ready in a week’s time” Dr Somanath told Zee Media.

As India’s lead centre for building rockets and related technology, VSSC has the distinction of having engineers from across domains. It was this wide-ranging engineering expertise, coupled with immense knowledge of design, materials, mechanics and software that made these indigenous developments possible within a short span.

In designing and developing the Oxygen Concentrator- ‘Shwaas’, ISRO took some valuable lessons from the country’s upcoming human spaceflight programme Gaganyaan, for which they were developing Carbon Dioxide removal systems. Despite the technology of oxygen concentrators being well-known and established, the vast majority of the oxygen concentrators being used in India are imported ones. Hence, ISRO focussed on engineering one with a unique technology that absorbs nitrogen(the largest constituent gas) from the air using molecular absorption. Simply put, the air is pumped through a chemical column, which absorbs the nitrogen and provides oxygen of around 95% purity. This equipment can function non-stop for up to a year, following which the chemical used in the absorption process (which is available in the market) will have to be replaced.

With the capability to provide 10 litres of Oxygen per minute, it can simultaneously provide support for two regular patients or one critical patient. The prototype of this variant is already in operation at the VSSC hospital and it is expected to cost no more than Rs.50,000.

“These medical equipment are not under our area of work, it requires a deep understanding of human physiology, breathing process etc. Such devices aiding respiration must be able to sense, sync with unique breathing patterns and assist Doctors in saving lives. So, our young engineers, most of whom are in their 20s and 30s studied the theory and explored the processes to make this happen. It was a collaborative effort between several teams largely working from home and partly from labs, under the guidance of seniors and technicians. Ours is highly inspired work culture, it’s not just about building rockets, we are ready to take on any challenge with our enthusiasm and ideas” Dr.S. Somanath says with pride.

The Indian Government-run Space agency has also been providing liquid oxygen to State Governments in Kerala, Tamil Nadu and Andhra Pradesh, from their manufacturing facilities or from existing stock. It is important to note that Liquid Oxygen, known as (Lox) in aerospace parlance, is a crucial resource for any modern space agency, as it is used as an oxidizer in cryogenic engines that power large rockets. ISRO Propulsion Complex (IPRC) in Mahendragiri, Tamil Nadu, which is responsible for the production of Cryogenic fuels has been supplying liquid Oxygen to the State Governments in Tamil Nadu and adjoining Kerala. 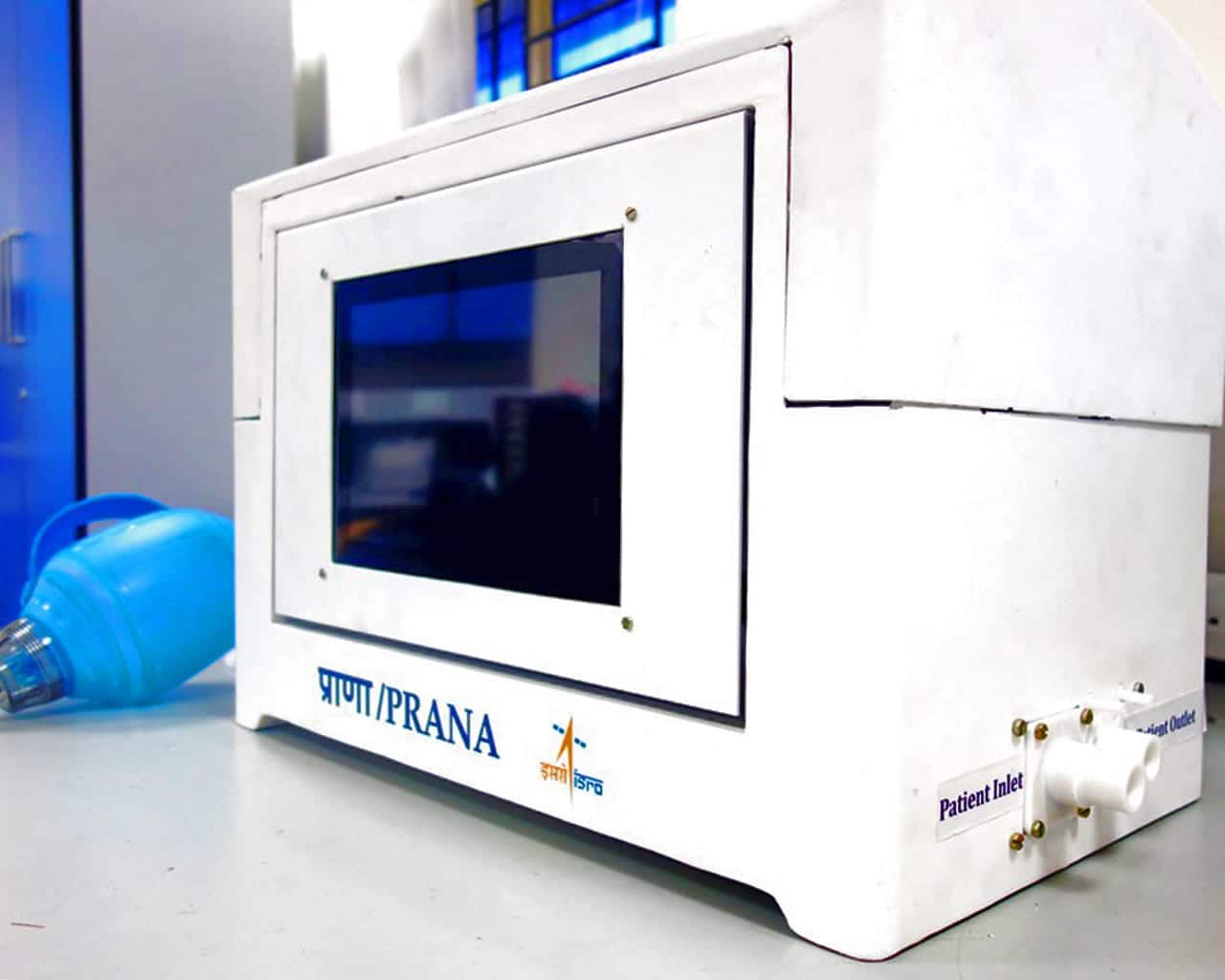 “IPRC has supplied over 150Tons of Lox to Kerala and Tamil Nadu Governments since 24th April and continues to do so. Our daily production capacity was 2.5tons, but we have progressively scaled up to 11 tons per day by working round-the-clock with more staff. Around 20tons of Lox stored at our spaceport in Sriharikota, Andhra Pradesh has also been provided to the state government” Dr K.Sivan, Chairman, ISRO told Zee Media.

ISRO has also provided the large capacity fuel tanks at their facilities to be repurposed and used as stores of liquid oxygen in various states. These tanks serve as a hub for mass storage of liquid oxygen, following which they can be distributed to the healthcare facilities in the region.