Pakistani troops resorted to firing of small arms and mortar shelling along the Line of Control at around 12.45 pm on Monday. 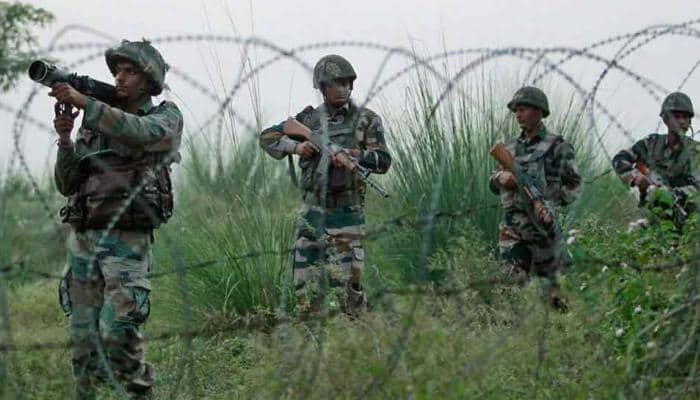 In yet another instance of ceasefire violation, Pakistan forces resorted to unprovoked firing in Shahpur sector of Poonch district in Jammu and Kashmir on Monday. Pakistani troops resorted to firing of small arms and mortar shelling along the Line of Control at around 12.45 pm on Monday.

The Indian Army retaliated briefly to the unprovoked firing by Pakistan. Earlier on Monday, heavy shelling by Pakistan was reported in Mankot Krishna Ghati and Mendhar.

This comes on a day when a 10-day-old baby succumbed to injuries suffered in another ceasefire violation by Pakistan on Sunday in Poonch district. Two other civilians also suffered injuries and were shifted to a hospital in Jammu for treatment.

The baby was kept under observation in Poonch district hospital, where he breathed his last.

At around 5 pm on Sunday, Pakistan Army had resorted to unprovoked firing along the Line of Control in Poonch district.

The violation, carried out by firing of small arms and intense shelling with mortars, took place in Shahpur and Saujiyan sectors of the district. The Army gave a befitting reply to the Pakistani Army by firing heavily on them.

On July 22, an Indian soldier was killed in Pakistani firing in Sunderbani sector of Rajouri district, while a civilian was also injured in another incident of ceasefire violation by Pakistan in Poonch sector on July 20.