Himanshu Mittal reports that Railway officials fear of losses increasing further because a resolution to the Gujjar agitation appears unlikely in the coming days. 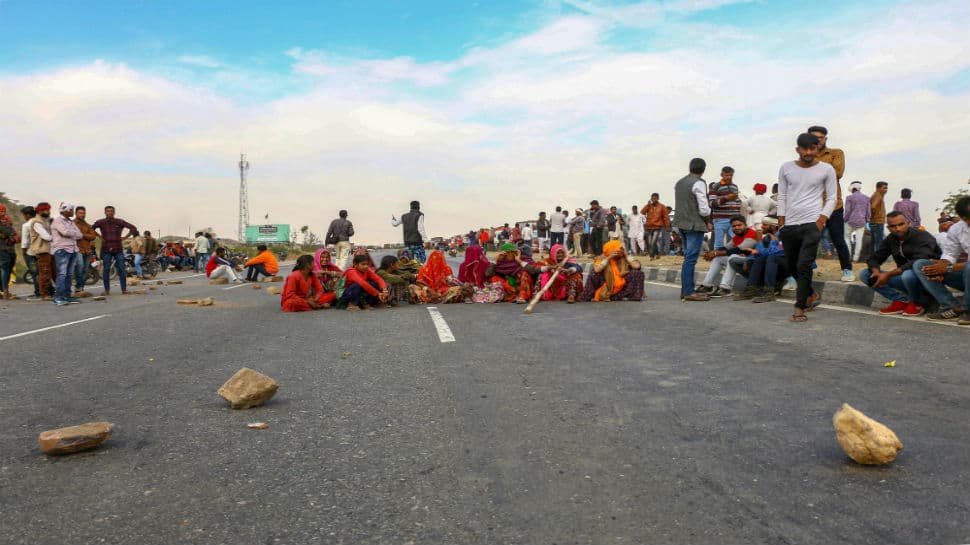 Gujjar agitation in various parts of Rajasthan have cause massive disruption in rail traffic over the past few days. While the agitation has inconvenienced people at large, it has also resulted in massive losses for Indian Railways due to train and ticket cancellations.

Members of the Gujjar community have been demanding five per cent reservation and many of them have organised rail and raasta roko programs in various parts of the state. While many state highways have been blocked since matters escalated last Sunday, train traffic too has been severely affected. Till afternoon of Tuesday (February 12), at least 80 trains had to be diverted while an estimated 100 trains were cancelled. It is reported that Kota Rail Division alone is suffering a daily loss of Rs 2 crore.

Many people have also opted out of travelling to severely affected parts of Rajasthan which has had a further detrimental impact on revenue streams.

Railway officials are also worried about the impact of the protests on rail lines and the concerned employees responsible for maintenance work have not been granted leave from their duties.

While Rajasthan CM Ashok Gehlot has appealed to the protestors to maintain calm and assured them that he is open to dialogue, the protesting Gujjar community appears unwilling to relent till their demand for five per cent reservation is met with.

While Sawai Madhopur District Collector on Tuesday issued a notice to Gujjar leader Kirori Singh Bainsla, asking him to vacate the railway tracks, it is unlikely that the protestors would oblige. Therefore, Railway officials fear the losses could only increase further in the coming days.