RDA and IMA are backing the day-long doctors' nation-wide srike.a 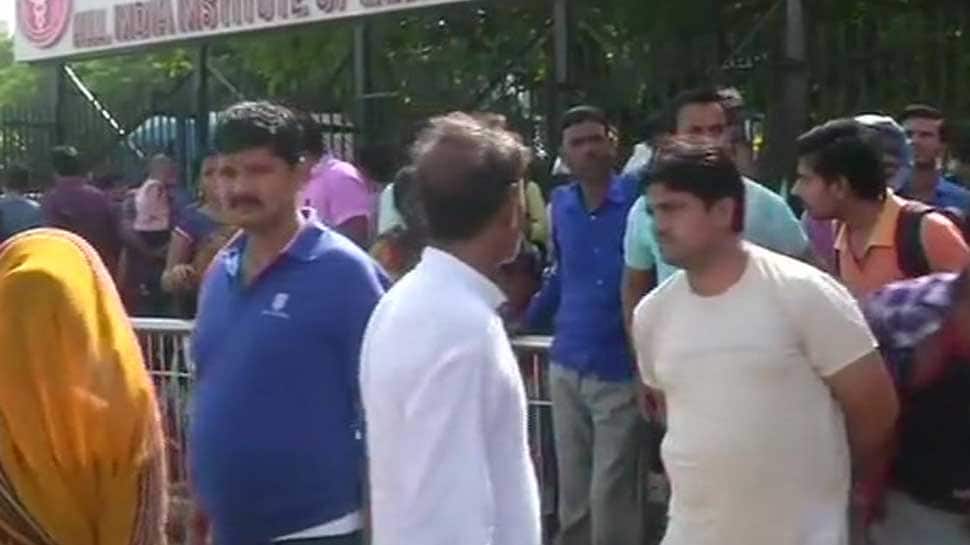 NEW DELHI: Healthcare services at private and government hospitals were affected in several states, including Delhi, Maharashtra and Madhya Pradesh, as lakhs of doctors went on strike for a day to express solidarity with their protesting colleagues who were attacked by a mob in Kolkata.

The principal and the superintendent of the NRS Medical College and Hospital in Kolkata, where the assault on two doctors took place on Monday night, resigned late on Thursday. Five more doctors from the forensic medicine department also resigned. A total of 7 doctors at the NRS resigned.

At Sagar Dutta Medical College and Hospital in North 24 Parganas, at least 18 doctors resigned. Meanwhile, the mass resignation of doctors is expected on Friday over the Kolkata hospital incident.

According to reports, patients in the national capital faced difficulties as Resident Doctors Association (RDA) of AIIMS supported the day-long strike over violence against doctors in West Bengal.

A relative of a patient told ANI, "My mother's dialysis was scheduled for today, we were told to go & get it done from somewhere else."

Delhi: Patients face difficulties as Resident Doctors Association (RDA) of AIIMS is on strike today over violence against doctors in West Bengal. Relative of a patient says, "My mother's dialysis was scheduled for today, we were told to go & get it done from somewhere else," pic.twitter.com/sFVF6D8VMj

Reacting to the incident, Prashant Choudhary, president MARD, Sion Hospital, Mumbai, said, ''A mob assaulted doctors on duty at a hospital in West Bengal, when a targeted attack like this happens it becomes a law and order issue. Today, we are doing a silent protest over the incident.''

Prashant Choudhary, President MARD, Sion Hospital, Mumbai: A mob assaulted doctors on duty at a hospital in West Bengal, when a targeted attack like this happens it becomes a law and order issue. Today, we are doing a silent protest over the incident. pic.twitter.com/qSOJ79ooc3

There will be a complete shutdown of all outpatient departments (OPDs), routine operation theatre services and ward visits, except emergency services in the hospitals, several medical bodies of the capital said.

(As part of contingency measures, OPD services will function in a restricted manner till normalcy is restored, according to a memo put out by AIIMS medical superintendent.)

Resident doctors at the AIIMS and Safdarjung Hospital worked with bandages on their heads in a symbolic protest on Thursday and called for the suspension of all non-emergency services, including OPD, on June 14 to protest against the violence in Kolkata.

Condemning the violence in Bengal, the AIIMS Resident Doctors’ Association (RDA) has also urged all the RDAs across the country to join the token strike.

“There is a complete breakdown of law and order, with reports of mobs attacking doctor hostels with weapons. The government has failed to provide protection and justice to doctors. “The AIIMS RDA condemns this in words and in spirit. Residents across the country are deeply hurt by these turn of events,” the RDA said in a statement.

Simultaneously, all the local branches and individual members of the IMA will send an appeal to the Prime Minister and the Union Home Minister, demanding a Central Act on violence against doctors and in hospitals.

“The gruesome incident in NRS Medical College, Kolkata, is of barbaric nature. IMA condemns the violence perpetrated on a young doctor. The entire medical fraternity expresses solidarity with the resident doctors who are on strike. The IMA headquarters hereby declares All India Protest Day on Friday,” an IMA statement said.

This countrywide protest in solidarity comes after two junior doctors at the NRS Medical College and Hospital in Kolkata were brutally assaulted after his patient aged around 80, died while being treated.

A day before West Bengal Chief Minister Mamata Banerjee had issued a four-hour ultimatum to the protesting doctors in the state, whose strike has now entered the fourth day. She had asked them to resume work within four hours on Thursday or face consequences.

West Bengal CM at SSKM Medical college in Kolkata to doctors on strike: Hospitals should start working within 4 hrs. Strong action will be taken against those doctors who don't perform their duty. Nothing can be as unfortunate as doctors not working for 4 days, I condemn this. pic.twitter.com/61lugyUosx

The Chief Minister had also alleged that the agitation was a part of the conspiracy of rival parties.

“The junior doctors’ agitation is a conspiracy by the CPI(M) and the BJP,” said Mamata. She added that outsiders had entered medical colleges and hospitals to create disturbances. But the doctors have not yielded yet and the protest has now only spread in other parts of the country.