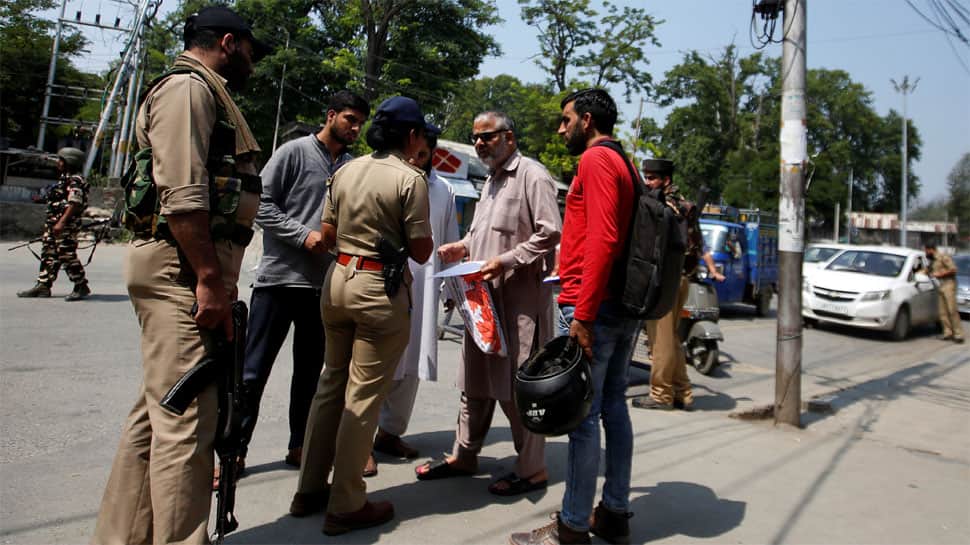 An Indian police officer checks papers of people on a road during restrictions in Srinagar (Reuters photo)
Share:
Written By:

NEW DELHI: Indian intelligence agencies have issued a high alert in the wake of renewed terror threat after the abrogation of Article 370 on Wednesday. Pakistan-based terrorist outfit Jaish-e-Mohammad (JeM) is likely to launch a massive terror attack in the Kashmir Valley and at least seven other Indian states, sources in the agency told Zee News.

Fresh inputs suggest that Pakistan's intelligence agency Inter-Services Intelligence (ISI) is assisting the terrorist outfit to carry out the attacks. A major terror act, on the lines of February 2019 Pulwama attack, is being aimed at Army, police and other law enforcement personnel, added sources.

Following the inputs, a high alert has been sounded in several states, including Delhi, Rajasthan, Punjab, Gujarat, Maharashtra, Karnataka and Andhra Pradesh, where JeM is most likely to carry out its nefarious plans.

Apprehending aviation-related terror incidents, the government has already issued an alert asking states to tighten security at all major airports across the country ahead of the August 15 Independence Day celebrations. The entry of visitors will be barred from August 10 to 20. Only passengers with valid tickets will be allowed inside the airports after a thorough frisking of their bags.

A rattled Pakistan went into a huddle following the actions of Modi-led Indian government. By Wednesday night, it downgraded the diplomatic relations and suspended bilateral trade with India.

The United States, meanwhile, asked Pakistan to take demonstrable action against terrorism on home soil instead of focusing on any “retaliatory aggression.”