The 1957 Lok Sabha election was the first one to be held after the enactment of the States Reorganisation Act, 1956 under which states were reorganised and new boundaries were drawn along linguistic lines. It was also the last election where voting was held in multi-seat constituencies. 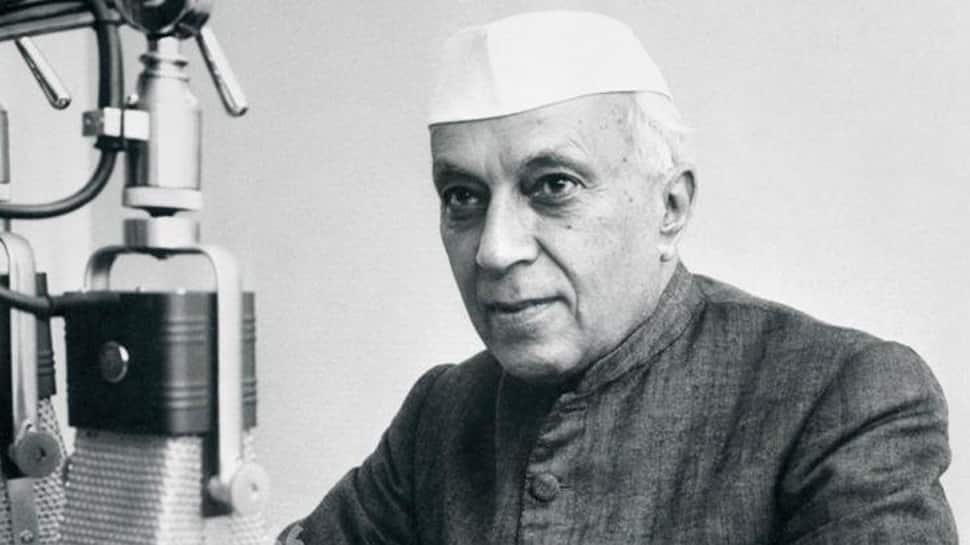 Almost five years had passed since the first Lok Sabha election took place in 1951-1952 and Congress had formed the first elected government in Independent India by winning 364 of 489 parliamentary seats. The five-year-term of Prime Minister Jawaharlal Nehru was about to end and it was time for India to vote again to elect the second PM of the country. With no other political party as big as the Congress in the country, the result of the election was almost certain even before the votes were cast - it was the winning margin which was keenly awaited.

The elections were announced. As opposed to the 1951-52 where the Lok Sabha election was spread across five months in 68 phases, the poll process in 1957 was to be held in three-and-a-half months from February 24 to June 9.

The results were announced and as expected, the Congress - under the leadership of Jawaharlal Nehru successfully stomped the opposition to win the election for the second time in a row. The size of the Lok Sabha in 1957 had increased from 489 to 494 seats and so did the winning margin of the Congress. As compared to the 364 of the 489 seats won by the Congress in the first election, the grand old party won 371 of the 494 seats in the second election. Congress even improved their vote share which increased from 45.0 per cent to 47.8 per cent. It won the most number of seats from Uttar Pradesh bagging 70 of the 86 seats.

Way behind the Congress, the Communist Party bagged the second spot winning 27 of the 110 seats that it contested on, as opposed to 16 of 49 seats it had won in the first election. The Communist Party increased the number of seats that it contested on but with the losses that it incurred, its vote percentage decreased from 32.65 per cent in the first election to 24.55 per cent in the 1957 election. 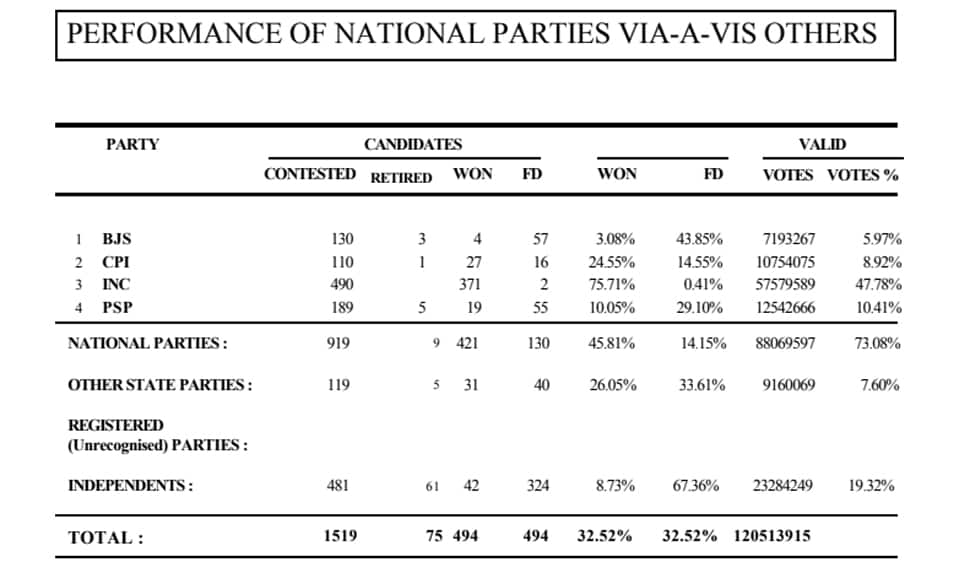 Apart from the Congress, the most number of seats bagged were by the Independent candidates. Of the 481 constituencies that Independents contested on, they registered a win in 42 seats. In all, four national parties - All India Bharatiya Jana Sangh (BJS), Communist Party, Congress and Praja Socialist Party (PSP) - nominated 919 candidates and won 421 seats. There were eleven state parties which contested the election nominating 119 candidates of which 31 went to the Lok Sabha.

Women had a minor representation in the second Lok Sabha. Of the 45 women who had contested the election, 22 had won and entered Lower House of Parliament. Twenty seven of these belonged to the Congress, four were from Communist Party and three from Praja Socialist Party.

Having learnt from the first poll process in 1951-52, Election Commissioner of India Sukumar Sen finetuned the mechanisms for the 1957 election. He also brought down the costs incurred on the election to a huge extent. A total of 19,36,52,179 electors polled their votes and the election which saw a voting percentage of 45.44.

This was also the second and the last election where voting was held in multi-seat constituencies. There were 91 two-member constituencies in the 1957 election which means that there will be two winners for the seat: one from the general category and one from the SC/ST. The first Lok Sabha election also had a three-member constituency in West Bengal which was abolished before the 1957 election. The three-member seat was converted into a two-member seat by the First Delimitation Commission in 1955.

Prime Minister Jawaharlal Nehru, sitting amidst Minister of Labour and Planning Gulzarilal Nanda on the left and Minister of Finance Morarji Desai on the right, signing the third Five-Year Plan document at Yojana Bhavan in Delhi on 3rd August 1961. #INCHistory pic.twitter.com/hHUkY5Sagx

The 1957 election was the first one to be held after the enactment of the States Reorganisation Act, 1956 under which states were reorganised and new boundaries were drawn along linguistic lines. The States Reorganisation Commission headed by retired Chief Justice of the Supreme Court, Fazal Ali and comprising of two other members HN Kunzru and KM Panikkar submitted the report on 30 September 1955. The commission proposed that the country be divided into 16 states and three centrally administered areas. However, the government deliberated upon the suggestions and finally came to the conclusion of reorganising the country into 14 states and 6 union territories.

The 1957 election was held across 494 Lok Sabha constituencies which were divided across 17 states and union territories.