In my 30 years in politics, I haven't demanded anything from Congress high command: Sushmita Dev

Sushmita Dev, who was the chief of the women's wing of the Congress party, joined the TMC in the presence of senior party leaders Abhishek Banerjee and Derek O'Brien in Kolkata on Monday. 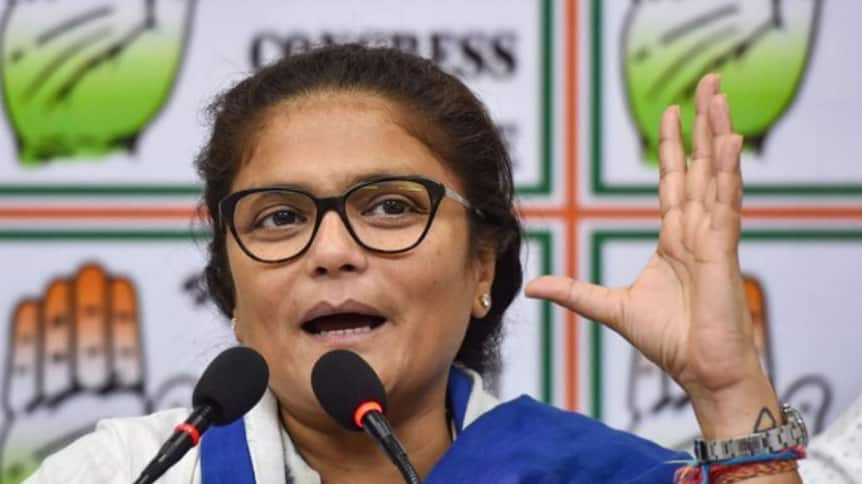 New Delhi: A day after joining the Trinamool Congress, former Assam MP Sushmita Dev said that her joining the TMC is "unconditional" and she will take any responsibility given to her by the party president.

"I don't think I have compromised my ideology in joining the TMC. My joining the TMC is unconditional and I will take any responsibility given to me by Mamata Banerjee," she told reporters here on Tuesday.

She further said, "In my 30 years in politics, I haven't demanded anything from the Congress high command."

Sushmita Dev, who was the national spokesperson of the Congress party and the chief of the All India Mahila Congress, sent her resignation letter to Congress chief Sonia Gandhi, but offered no reason for her quitting, according to sources.

Former Assam MP Sushmita Dev, who was the chief of the women's wing of the Congress, joined the TMC in the presence of senior party leaders Abhishek Banerjee and Derek O'Brien in Kolkata on Monday.

On Monday, after joining TMC, she said that her discussions with party leadership showed they have clarity and excellent vision for the party.

Speaking to media after joining TMC, she said, "I met Abhishek Banerjee. It was a very good discussion, he has excellent vision and clarity for the party. We went to meet Chief Minister Mamata Banerjee. She clearly has an excellent future vision for the party."The newly inducted TMC leader added she "hopes to be helpful in that regard".

On Sunday, Sushmita Dev wrote a letter to party interim President Sonia Gandhi about her resignation from the primary membership of the party, expressing gratitude to the party President.

She wrote, "Madam, I thank you, personally, for your guidance and the opportunities you gave me. I value the enriching experience, I hope I have your good wishes as I begin a new chapter in my life of public service."

After resigning from the party, she identified herself as "Former Member, Indian National Congress" in her Twitter bio.

TMC's Twitter handle welcomed Dev to its camp, saying, "We warmly welcome the former President of All India Mahila Congress @sushmitadevinc to our Trinamool family! Inspired by @MamataOfficial, she joins us today in the presence of our National General Secretary @abhishekaitc & Parliamentary Party Leader, Rajya Sabha, @derekobrienmp."

She also tweeted, "Will give it all I have got?. @MamataOfficial thank you#KhelaHobe."

The TMC leadership is expected to use Dev's organisational skills and popularity to strengthen its base in Assam and Tripura.

Daughter of former Union minister Santosh Mohan Dev, who was once the observer of West Bengal's Congress unit, Sushmita has so far been considered as one of the prominent faces of the Congress in Assam's Barak Valley.

On her exit, Congress leader Kapil Sibal tweeted, "Sushmita Dev resigns from primary membership of our Party. While young leaders leave we `oldies` are blamed for our efforts to strengthen it. The Party moves on with: Eyes Wide Shut."