In his televised address to the nation, the PM asserted that his government's Kashmir decision would bring about a host of positive changes in the lives of the common man in the terrorism-hit state. 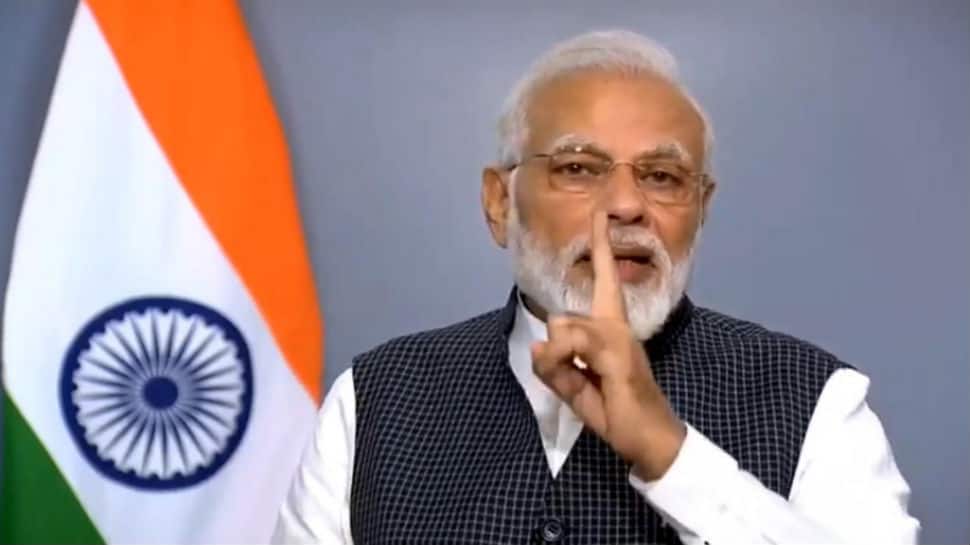 NEW DELHI: Sending out a strong message to Pakistan, Prime Minister Narendra Modi on Thursday said that his government's move to abrogate Article 370, which gave special status to Jammu and Kashmir, will usher the state in a new era of development and peace by ending the menace of terrorism and separatism. The PM also ridiculed Pakistan for using the state as a weapon against India and waging a proxy war in which nearly 42,000 innocent people have been killed so far.

In his televised address to the nation, the PM asserted that his government's Kashmir decision would bring about a host of positive changes in the lives of the common man in the terrorism-hit state.

PM Modi said that ''dreams of countless people have now been fulfilled and that the ground situation will gradually ease back to normal, erasing all troubles with people beating down the threat from terrorists and separatists.'

The PM began his speech by congratulating the people of Jammu and Kashmir and Ladakh on the scrapping of special status to J&K and the state’s bifurcation. Hailing the move as the ''beginning of a new era in Jammu Kashmir,'' PM Modi said the rights and duties of the two new Union territories would be the same as the entire nation now.

Outlining his grand plans for a bright future for the people of Jammu and Kashmir and Ladakh after scrapping of Article 370, the PM said, ''J&K will rise to newer heights and I am sure that the Kashmiri youth will take the state to newer heights.''

''It would mean the protection of Indian laws, industrialisation, a boost in tourism and therefore more employment opportunities,'' he said in his nearly 30-minute long televised address to the nation days after the government's move to end the special powers of the state and bifurcating it to union territories.

Calling Jammu and Kashmir as the ''crown of our country'', the PM said that the entire nation is extremely proud of it. The PM recalled that the people of Jammu and Kashmir have made numerous sacrifices in the past and it was time that they rise past terror and separatism now.

"The problems of people here were never discussed. No one was able to say how Article 370 benefitted people here. Article 370 did not give anything more than terrorism and corruption. It was used by Pakistan as a weapon. 42,000 innocent people were killed here because of it. The development of Jammu and Kashmir and Ladakh could not happen at the pace that was deserving."

Highlighting how people of Jammu and Kashmir suffered due to a number of reasons brought about by Article 370, PM Modi said that the time has come for education, investments and other benefits to penetrate to people here.

"What wrong did the children do here that they were unable to get the same education as children elsewhere in India? We as a nation, as a family, have taken a historic decision. A system due to which brothers and sisters of Jammu, Kashmir and Ladakh were deprived of many rights and which was a big obstacle to their development, that system has been done away with," he said.

PM Modi concluded by saying that Jammu and Kashmir will not be a Union territory for long, as promised by Union Minister Amit Shah, and full statehood will be granted to the state once situation turns normal.

In address to nation, PM Modi says world cinema will return to film in J&K