The final rites were performed by Sushma Swaraj's daughter Bansuri at the Lodhi Road Crematorium. 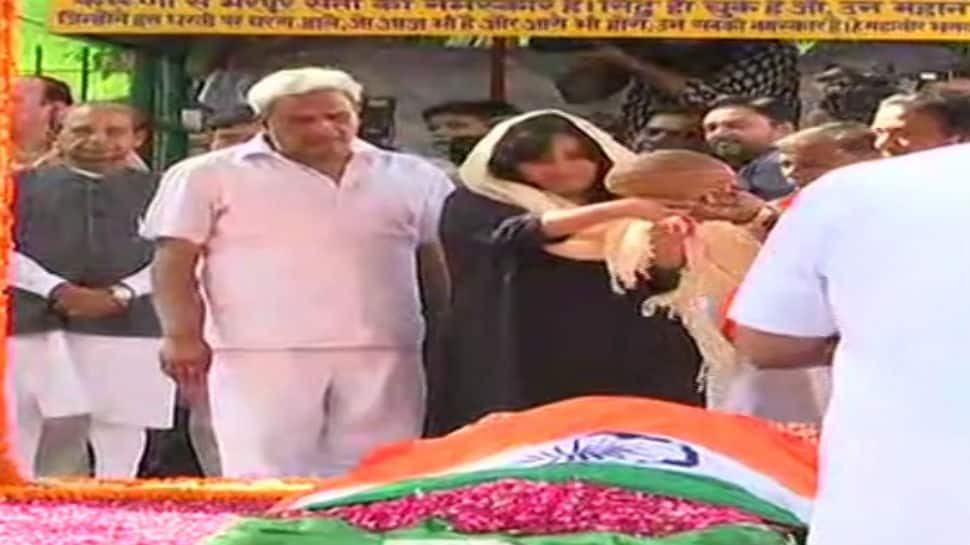 Amid an outpouring of grief from all over the country and across the world, Sushma Swaraj was cremated with full state honours at New Delhi's Lodhi Road Crematorium on Wednesday afternoon. The final rites, attended by family members as well as politicians cutting across party lines, was performed by the veteran Bharatiya Janata Party leader's daughter Bansuri Swaraj.

Swaraj had complained of restlessness on Tuesday evening and had been rushed to AIIMS Hospital where she passed away after suffering a cardiac arrest. The news of her sudden death plunged the country into grief and a number of BJP leaders reached the hospital soon after. Her mortal remains were taken to her residence for the night. A large number of people had already gathered here to pay their respects.

Messages of condolences too kept pouring in from across the world with a number of ambassadors remembering Swaraj's contribution and her charismatic personality as India's External Affairs Minister.

At around 3.30, the mortal remains of the beloved leader was taken in a special ambulance to Lodhi Road Crematorium. She was given an emotional salute by husband Swaraj Kaushal and Bansuri.

A traffic advisory had already been issued earlier in the day.

Swaraj's demise leaves a big void in Indian politics and is an end to an era. Thousands of messages flooded Twitter in memory of a politician known as much for her fiery oratory and fearless leadership as she was for her affable smile and quick wit.