India reiterated that Pakistan does not appear to be acting on the issue of terrorism. 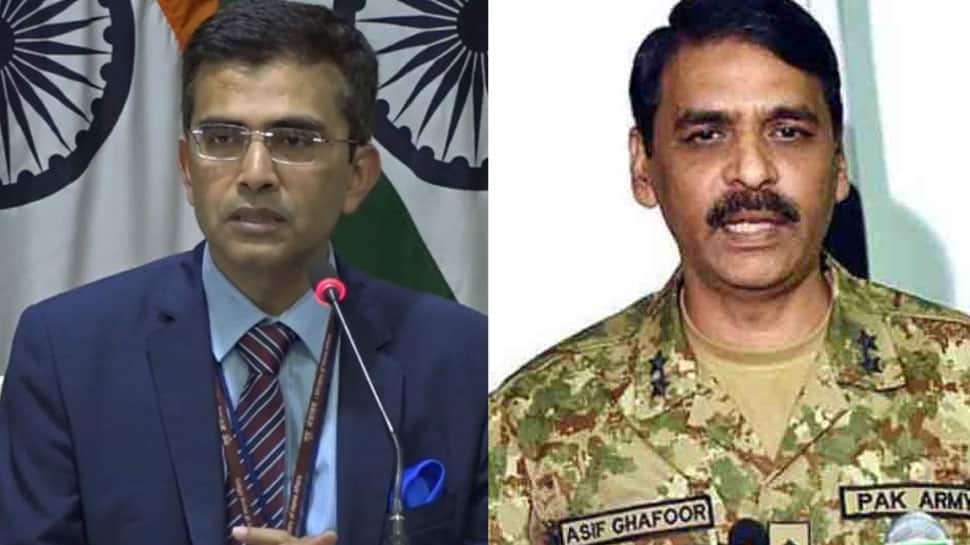 NEW DELHI: India on Wednesday sought to highlight Pakistan's repeated flip flop over the capture of an Indian Air Force pilot after an aerial engagement with Pakistan Air Force when its jet entered the Indian airspace and made an unsuccessful bid to target vital Indian military installations.

While highlighting Pakistan's flip flops over the issue, India reiterated that Pakistan does not appear to be acting on the issue of terrorism.

Highlighting the contradictory statements made by the Pakistani Army post the capture of an Indian defence personnel, a top source said, "The DG ISPR had tweeted that there is only one Indian pilot in Pakistan's custody. This is directly contradictory to his earlier tweet which claimed two pilots were in their custody."

"This shows Pakistan's duplicity - their own lies have been exposed," he added.

Not once but the Pakistanis but committed the flip flop twice on Wednesday.

Ministry of External Affairs (MEA) spokesperson Raveesh Kumar briefed the media at 3.15 PM in which India confirmed that one of its IAF personnel is ''missing in action.''

About an hour later, when the Pakistani Prime Minister Imran Khan addressed the nation, he continued to say 'pilots' in his speech.

The top source, speaking to WION said, "this is the evidence that the Pakistani officials and military were not briefing their PM correctly."

Explaining, "If they cannot even present the right facts before their Prime Minister, how can we trust them to take any action against terrorists."

All this happened hours after claiming to have captured two Indian Air Force pilots, the Pakistan government went back on its claims and said that only one AIF pilot was in its custody.

A day earlier, the Indian Air Force had launched a counter-terrorism action against a training camp of Jaish-e-Mohammed (JeM) in Pakistan based on credible evidence that JeM intended to launch more attacks.

"Against this Counter Terrorism Action, Pakistan has responded Wednesday morning by using its Air Force to target military installations on the Indian side. Due to our high state of readiness and alertness, Pakistan's attempts were foiled successfully," Raveesh said.

He added the violation of Indian airspace by Pakistan Air Force was detected and the IAF responded instantly.

Samjhauta Express will run as per its schedule: Rail Minister Piyush Goyal