According to the Ministry of Health and Family Welfare data released at 8 AM in the morning, there were 2,38,022 discharges during the last 24 hours. With this, India’s cumulative caseload now stands at 2,80,47,534 and the total fatalities linked to COVID have reached 3,29,100. 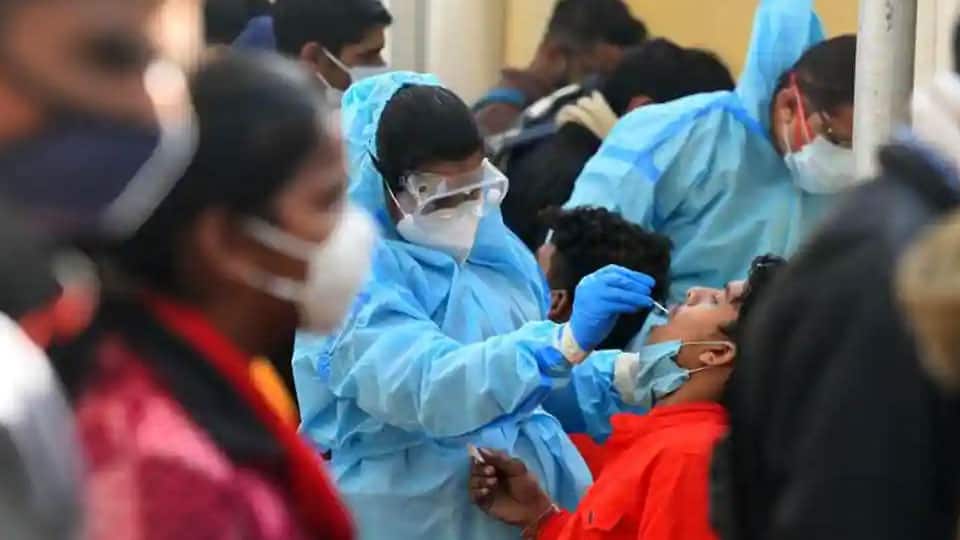 NEW DELHI: Amid declining cases of coronavirus, India reported 1,52,734 new COVID-19 cases on Monday, the lowest daily rise in cases in the past 50 days. The country also reported 3,128 deaths in the past 24 hours.

According to the Ministry of Health and Family Welfare data released at 8 AM in the morning, there were 2,38,022 discharges during the last 24 hours. With this, India’s cumulative caseload now stands at 2,80,47,534 and the total fatalities linked to COVID have reached 3,29,100.

According to the Indian Council of Medical Research (ICMR), a total of 21,31,54,129 people have been vaccinated so far. More than 21.31 crore vaccine doses have been administered since India’s inoculation drive began in January, the ICMR said.

India had recorded a single-day rise of 1,65,553 new COVID-19 cases, the lowest in 46 days, taking the country's infection tally to 2,78,94,800, according to Union Health Ministry data updated on Sunday morning.

The country had recorded 1,61,736 infections on April 13. The daily positivity declined to 8.02 percent, remaining below the 10 per cent-mark for the sixth consecutive day.

The death toll due to the disease climbed to 3,25,972 in the country with 3,460 fatalities being recorded in a span of 24 hours, the data updated at 8 AM showed.

In view of declining cases of coronavirus, some states and UTs like Haryana, Odisha, Telangana and Sikkim have extended the COVID-induced lockdown, while some others including Uttar Pradesh and Jammu and Kashmir have announced the easing of restrictions in districts with less active cases.

Despite relaxations, night curfew and weekend shutdown will remain in force in some states and UTs.

Many states, including Kerala, Tamil Nadu, Maharashtra and Goa, have extended the lockdown or restrictions for a week to a fortnight in June, while some of them like Delhi, Madhya Pradesh and Himachal Pradesh have also announced a certain relaxation in the curbs due to a decline in new cases and positivity rate.

While shops have been permitted to open for more hours, malls have also been allowed to function at some places with certain conditions. However, education institutions will continue to remain closed.

Noida, Ghaziabad get no relief from COVID-19 lockdown, restrictions to stay in full force