India restricts import of colour TV sets from China, move to give boost to ‘Made In India’

Days after imposing a ban on popular Chinese mobile applications, the government has now imposed restrictions on the import of colour television sets from China. The move is aimed at boosting local production and is in line with Prime Minister Narendra Modi’s ‘Vocal For Local’ call. 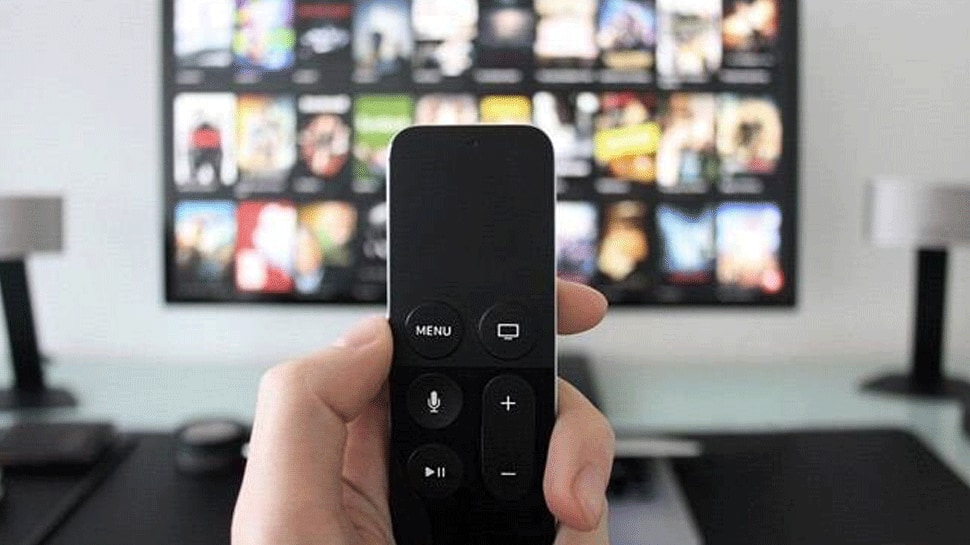 NEW DELHI: Days after imposing a ban on popular Chinese mobile applications, the government has now imposed restrictions on the import of colour television sets from China. The move is aimed at boosting local production and is in line with Prime Minister Narendra Modi’s recent ‘Vocal For Local’ call.

The restrictions were announced by the Directorate General of Foreign Trade (DGFT) on Thursday. The notification issued by the DGFT said that the import policy of colour television sets has been amended from "free" to "restricted". This means that the import of TVs in certain categories will now require a licence from the government.

“Import policy of colour television sets... is amended from ‘free’ to ‘restricted’,” the Directorate General of Foreign Trade (DGFT) said in a notification, adding that it would separately issue the procedure for the grant of the license. 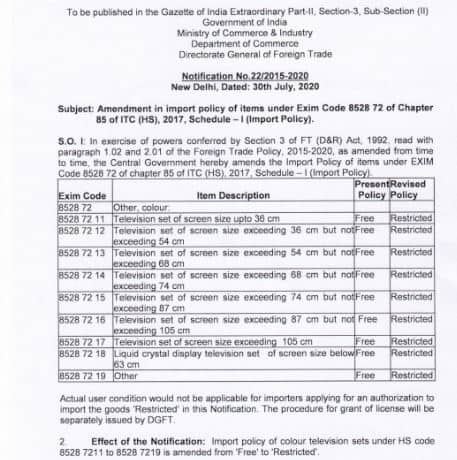 "Actual user conditions would not be applicable for importers applying for an authorization to import the goods 'restricted' in this notification. The procedure for grant of license will be separately issued by DGFT, " the notification said.

Reacting to the DGFT move, Kamal Nandi,  Business Head & Executive VP, Godrej Appliances, said, '' This is a welcome move by the government. The industry was always looking for such bold decision from the Centre. Consumers won't be impacted much in terms of prices of TV.''

He added, "I dont see any price escalation. As majorly, big brands in this segment has manufacturing set up in India. The decision will impact those who do trading, like getting imports and further selling B2B or B2C. The decision will boost investments and increase job opportunities in India."

Colour television sets worth USD 781 million were imported in the year ended 31 March, most of which came from Vietnam (USD 428 million) and China (USD 292 million). With this, the government has brought back curbs that were lifted almost two decades ago, in a measure to encourage domestic production.

This notification comes as Chinese imports and investments continue to face immense scrutiny in India after the recent India-China border clash at Galwan Valley that led to the death of 20 jawans.

The government has earlier cancelled railway and road tenders secured by Chinese companies. It also imposed a ban on banned 59 Chinese apps, including TikTok, on national security grounds. PM Narendra Modi has said that India needs to end its dependence on the import of gadgets, equipment, solar panels and technology from foreign countries, apparently pointing to imports from China.