Developed by Defence Research and Development Organisation (DRDO), Pinaka is an Artillery Missile System capable of striking into enemy territory up to a range of 75 kms with high precision. 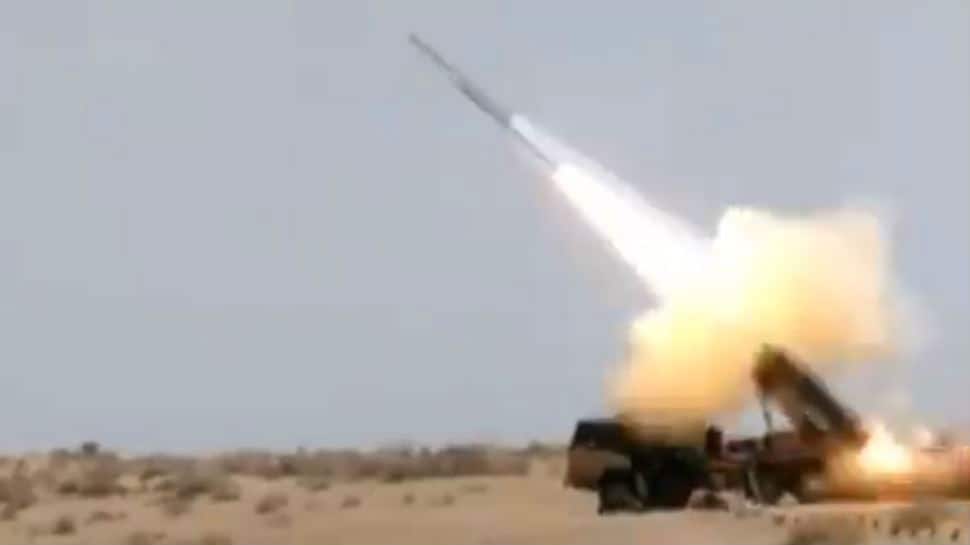 In a boost to the artillery power of Indian Army, an upgraded version of indigenously developed Pinaka guided rocket system was successfully test-fired from Integrated Test Range, Chandipur, off the Odisha coast on Thursday (December 19).

The mission achieved all the objectives including enhancing the range, accuracy and sub-system functionality. The missile was fired from Pinaka launcher system in deployment configuration. The flight article was tracked by multiple range systems viz. Telemetry, Radars, Electro-optical targeting system (EOTS), etc. which confirmed the text book flight performance.

On March 12, India had successfully conducted the third trial of the Pinaka guided missile in Rajasthan's Pokharan.

Pinka is equipped with a high-end guiding kit which includes an advanced navigation and control system, according to an official press release. The missile can hit targets with a high level of accuracy to achieve results desired. In Monday's trials, the missiles managed to successfully hit targets 90 kilometres away.

Mounted on a Tatra truck for mobility, Pinaka missile system can fire a salvo of 12 HE rockets in 44 seconds.  Each Pinaka battery consists of: six launcher vehicles, each with 12 rockets; six loader-replenishment vehicles; three replenishment vehicles; two Command Post vehicle (one stand by) with a Fire Control computer, and the DIGICORA MET radar. A battery of six launchers is capable of neutralising an area of 1,000 m × 800 m.

Pinaka Missile System developed by Defence Research and Development Organisation (DRDO) was successfully flight-tested from the Integrated Test Range, Chandipur off the Odisha coast at 1200 hrs today. The Pinaka is an Artillery Missile System capable of striking into enemy territory up to a range of 75 kilometres with high precision.

The Pinaka MK-II Rocket is modified as a missile by integrating with the Navigation, Control and Guidance System to improve the end accuracy and enhance the range. The Navigation system of the missile is also aided by the Indian Regional Navigation Satellite System (IRNSS).