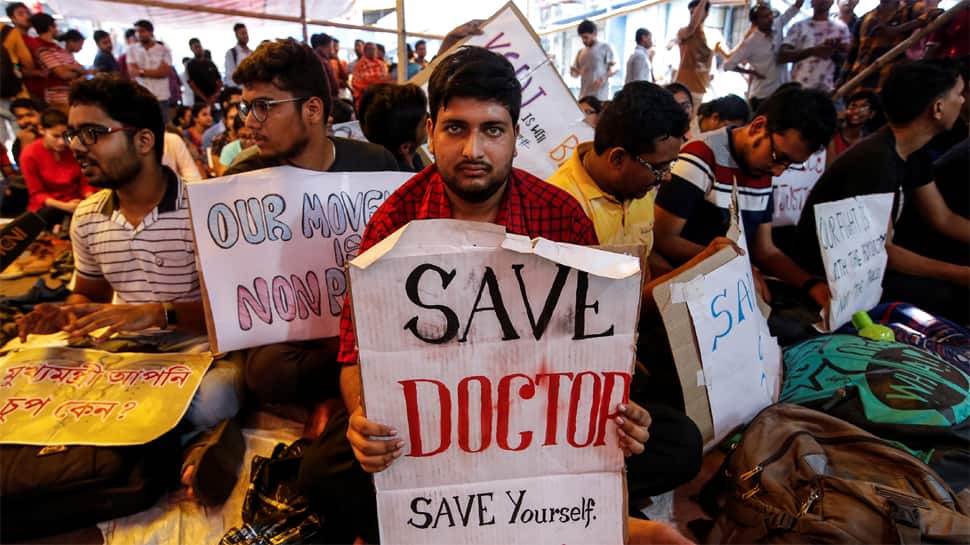 A total of 175 doctors from the Institute of Post-Graduate Medical Education and Research and Seth Sukhlal Karnani Memorial Hospital (IPGMER SSKM Hospital) in West Bengal have resigned citing inaction by the administration against their grievances.

Doctors across the country decided to continue their protest on Saturday and Sunday as well, which includes wearing black badges, holding dharnas and peace marches.

“Past few days have seen violence on doctors and hospitals in many states. The gruesome incident in NRS Medical College, Kolkata is of barbaric nature. Dr Paribaha Mukharjee who was brutally attacked is critical and fighting for his life. IMA condemns the violence perpetrated on a young doctor. Entire medical fraternity expresses our solidarity with the Residents who are on strike,” the IMA said in a previous statement.

Meanwhile, a PIL was filed by Kunal Saha of People for Better Treatment in the Calcutta High Court on Friday seeking the court's intervention to declare the stir as ''illegal''. The PIL sought that the doctors' ongoing strike be declared illegal and also asked for details of steps taken by the West Bengal government on the safety of doctors and to end their agitation.

Responding to the PIL, the High Court gave seven days to the Mamata Banerjee government to respond to it.

Doctors in Kolkata have been protesting after a junior doctor was attacked and critically injured by a mob over an issue of alleged negligence at the NRS Medical College and Hospital in Kolkata on Tuesday. The protest was soon joined doctors from across the country.

Healthcare services at private and government hospitals suffered in several states including Delhi, Maharashtra, Bihar, UP, Rajasthan, Punjab, Kerala and Madhya Pradesh, as thousands of doctors went on the day-long strike, demanding justice for their colleagues.

The IMA said that safety and security in hospitals is a matter of concern and needs to be immediately addressed. The association has been demanding a central law against hospital violence and has declared a zero-tolerance policy against violence on doctors and healthcare establishments.