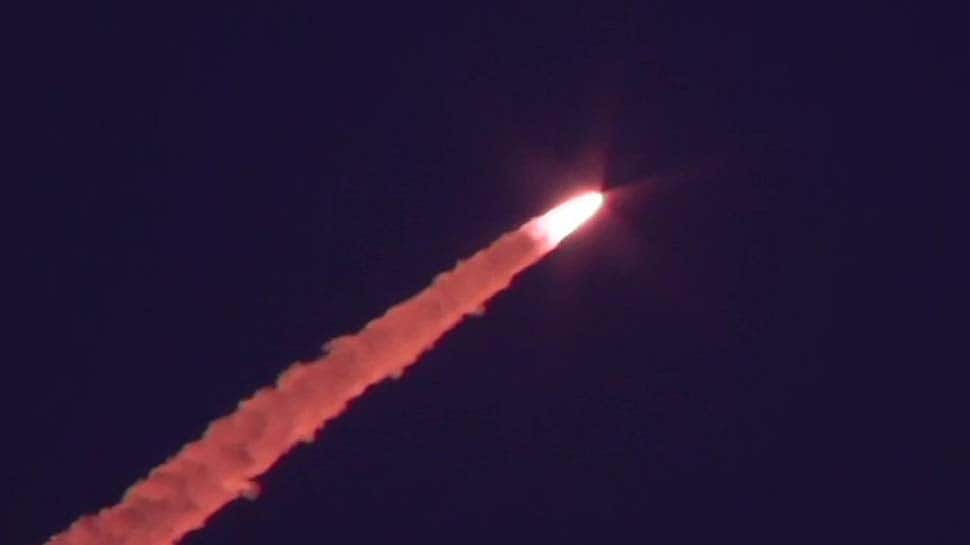 Here's a shot of the first stage separation.

At around 5:50 am, the PSLV successfully injected the satellite into Low Earth Orbit.

#ISROMissions #PSLVC46 successfully injects #RISAT2B into Low Earth Orbit.
Here's the view of #RISAT2B separation captured by our onboard camera

Our updates will continue. pic.twitter.com/WUTBdNH2XJ

The RISAT-2B, which will replace RISAT-2 that was launched in 2009, is meant for application in fields such as surveillance, agriculture, forestry and disaster management support. The satellite has a mission life of five years and is equipped with a synthetic aperture radar that can take pictures of the earth during day and night, and also under cloudy conditions. It will also be used for military surveillance. ISRO had launched RISAT-1, a microwave remote sensing satellite, in 2012.

PSLV-C46 is the 48th mission of PSLV. It launched the RISAT-2B from the First Launch Pad (FLP) of SDSC, said a statement released by ISRO.

PSLV-C46 is the 14th flight of PSLV in 'core-alone' configuration (without the use of solid strap-on motors). It was the 72nd launch vehicle mission from Sriharikota and also marked the 36th launch from the first launch pad.

In the coming months, ISRO will launch the much-anticipated lunar mission Chandrayaan 2 between July 9 to 16. More than 10 satellites, which are in different stages of production, are in the pipeline. The space agency will launch Cartosat-3, the first in a new series of high-resolution optical surveillance satellites and Geosynchronous Satellite Launch Vehicle F10 and F11 missions.

Talking about Chandrayaan, ISRO Chairman K Sivan said, "Next mission is the most complex one ISRO has undertaken... We are going to land on the moon and that too at a place where nobody else has landed."