Replying to a query that whether Chandrayaan-2's Vikram Lander has crashed, Deviprasad Karnik, a scientist at ISRO, said that data is being analysed and the space agency does not have any result yet. ISRO chairperson K Sivan had earlier announced that ISRO had lost contact with Vikram Lander. 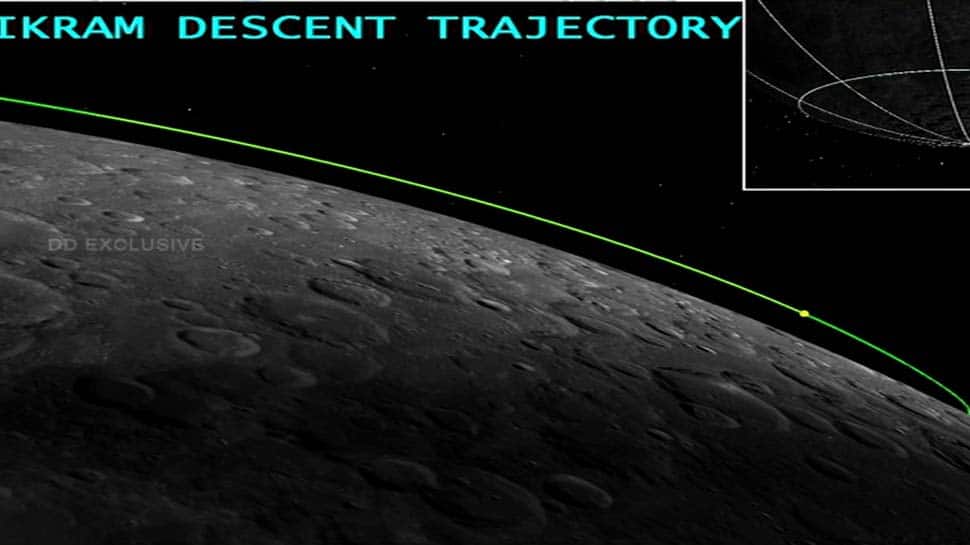 Chandrayaan-2's Vikram Lander was just 2.1 kilometres away from making history when it lost contact with the Indian Space Research Organisation Mission Control Centre. The descent progressed smoothly for 13 minutes before Vikram started to deviate from its planned path and about 12 seconds before the touch down on Moon's surface , ISRO scientists at the agency's Telemetry, Tracking and Command Network in Bengaluru started to look nervous as Prime Minister Narendra Modi watched the spacecraft's progress on a large screen.

Even as entire India prayed for some good news early Saturday morning, a dejected ISRO chairperson K Sivan announced that contact with Vikram was lost. Replying to a query that whether Vikram Lander has crashed, Deviprasad Karnik, a scientist at ISRO said that data is being analysed and ISRO does not have any result yet. Karnik added that it takes time to analyse the data and ISRO is not sure about the fate of Vikram Lander.

This is Mission Control Centre. #VikramLander descent was as planned and normal performance was observed up to an altitude of 2.1 km. Subsequently, communication from Lander to the ground stations was lost. Data is being analyzed.#ISRO

In a tweet, PM Modi also said, "India is proud of our scientists! They’ve given their best and have always made India proud. These are moments to be courageous, and courageous we will be! Isro chairman gave updates on Chandrayaan-2. We remain hopeful and will continue working hard on our space programme."

India is proud of our scientists! They’ve given their best and have always made India proud. These are moments to be courageous, and courageous we will be!

Chairman @isro gave updates on Chandrayaan-2. We remain hopeful and will continue working hard on our space programme.

He also asked the 74 children who were invited to witness the historic moment to remain positive and take keen interest in science.

Chandrayaan-2 was India’s first attempt at landing a spacecraft on the moon. Before India, only the USA, Russia and China have managed to place a spacecraft on Moon so far. Chandrayaan-2 was scheduled to land at the south polar region if the moon, a place where no one else has ever gone before.  The mission took off from the Satish Dhawan Space Centre in Sriharikota on July 22. After revolving around the earth's orbit for nearly 23 days, Chandrayaan-2 began its journey to the moon on August 14.

The soft landing of Chandrayaan-2 Vikram Lander on the lunar surface was scheduled between 1:30 AM to 2:30 AM on Saturday, followed by the Pragyan Rover roll out between 5:30 AM to 6:30 AM.