It is an exceptional win in Haryana for BJP: PM Narendra Modi 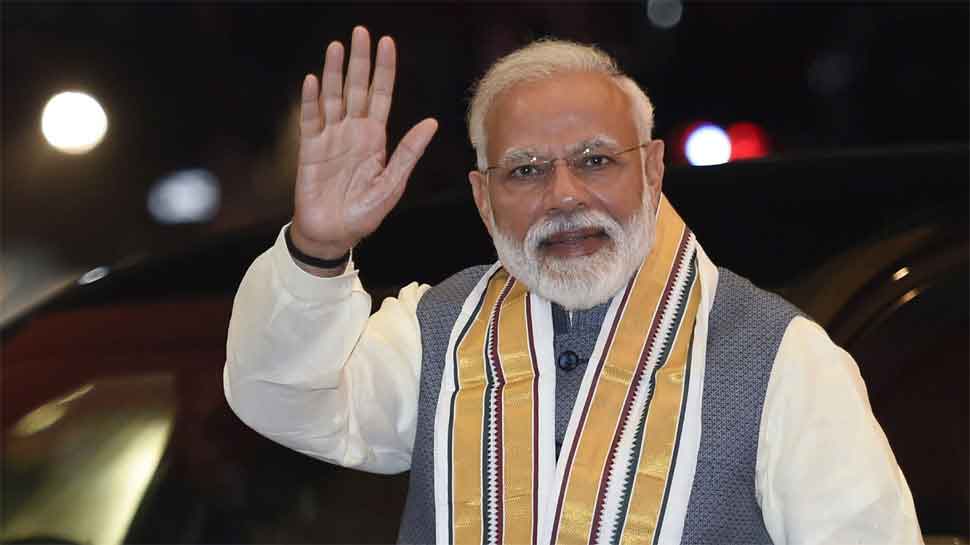 New Delhi : Prime Minister Narendra Modi on Thursday termed BJP`s performance in Haryana as "exceptional," adding that "there have been fewer instances of winning again after completing a five-year term in the recent past."

It is an exceptional win in Haryana (for BJP). There have been fewer instances of winning again after completing a five-year term in the recent past," he said.Hailing Devendra Fadanvis and Manohar Lal Khattar, Chief Ministers of Maharashtra and Haryana respectively, the Prime Minister attributed the "victory" to their works for public welfare.

He said: "Devendra Fadnavis ji and Manohar Lal ji both were first-time chief ministers. They did not even have the experience as ministers. And for five years, they kept working for the people`s welfare. As a result, people have again put their faith in them.

"According to the Election Commission, BJP has won 39 seats and is leading on seat in Harayana. BJP-Shiv Sena combine has won 137 and is leading on 24.The half-way mark in Maharashtra and Harayana Assemblies are 144 and 45, respectively. The states voted on October 21.