A massive protest was held by JNU Students' Union on Monday in New Delhi against the fee hike by the university authorities. Demanding a complete rollback of the hostel fee hike, the JNUSU on Monday carried out a march to Parliament, as the winter session began. 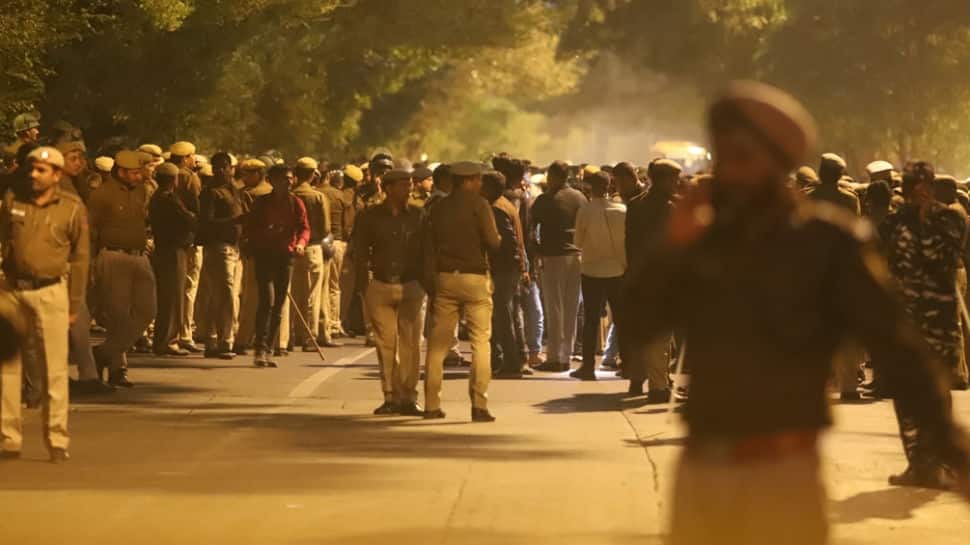 New Delhi: The Delhi Police is likely to register an FIR against protesting Jawaharlal Nehru University (JNU) students for flouting Section 144, which was imposed outside the campus and in the area near the Parliament to stop the students from joining the agitation.

A massive protest was held by JNU Students' Union (JNUSU) on Monday in New Delhi against the fee hike by the university authorities. Demanding a complete rollback of the hostel fee hike, the JNUSU on Monday carried out a march to Parliament, as the winter session began. With posters in hands and chanting anti-fee hike slogans, hundreds of students marched on the streets of Delhi. The students also broke the barricades and clashed with the police. Water cannons were deployed in parts of the national capital to curb the protest.

"It's a way to appeal to lawmakers to fight on their behalf inside the floor of the house," said JNUSU.

During the protest, the students had broken police pickets posted outside the campus and at least 30 Delhi Police personnel and 15 JNU students were injured. As many as 100 JNU students were detained by the Delhi Police for showing aggressive defiance to their directions. The agitating students sat on a dharna at Safdurjung Tomb, demanding the release of those detained and a meeting with officials of the ministry. The Delhi Police tried to initiate a dialogue with them and urged them to not take the law into their hands.

The agitation created a huge chaos in the city and services at four metro stations in Delhi were temporarily suspended. Several road routes were diverted leading to traffic snarls, causing massive inconvenience to the commuters.

Later in the day, a four-member delegation of JNUSU, escorted by police, reached the HRD Ministry and submitted their demands. The memorandum was supposed to be submitted to the lawmakers in Parliament as an appeal from the students. All the detained students were also released.

Denying reports of any sort of physical restraint on students, the Delhi Police in a statement had said, "The Delhi Police staff acted with restraint all along and, despite continued defiance by some groups of students, methods of persuasion were resorted to, and there was no use of water cannons, tear gas shells or lathi-charge at any stage of the protest."

"Women staff had been deployed in adequate numbers to deal with female protestors. Apart from 10 companies of CAPF, around 800 Delhi Police personnel were deployed to handle the protest and ensure the maintenance of law and order," it added.