Kamal Haasan sparks massive row, asks why no plebiscite in Jammu and Kashmir

"Why India is not holding a plebiscite in Kashmir? What are they (Indian government) afraid of?" 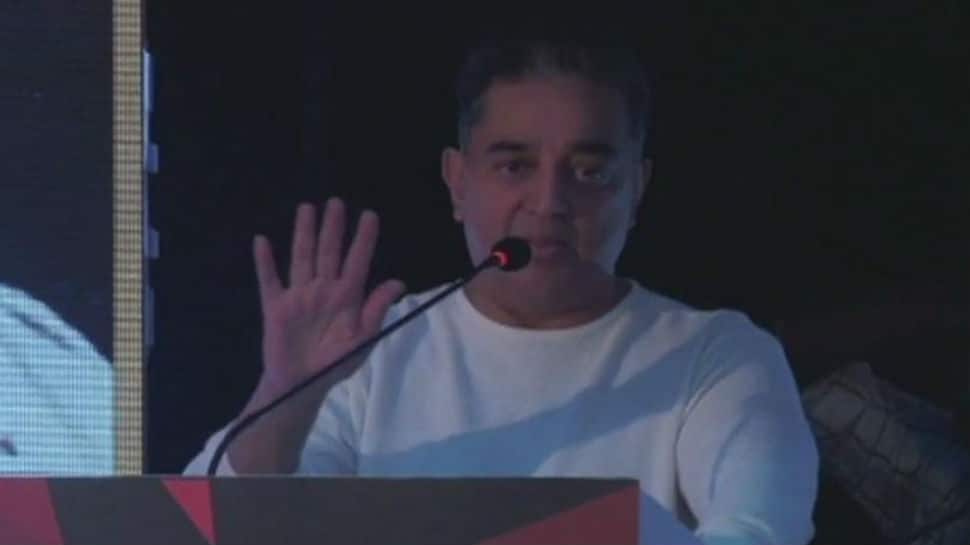 Actor-turned-politician Kamal Haasan stirred the hornet's nest on Monday by asking why India does not hold a plebiscite in Jammu and Kashmir. He also referred to Pakistan-occupied-Kashmir as 'Azad Kashmir.'

Speaking at an event in Chennai, the Makkal Needhi Maiam (MNM) leader appeared to back Pakistan's demand for a plebiscite in J&K. "In Azad Kashmir, they are using Jihadis' pictures in trains to portray them as heroes. That is a foolish thing to do.  India too behaves with an equal amount of foolishness, it is not a correct thing to do," he was quoted as saying by news agency ANI. "If we want to prove that India is a far better country then we should not behave like this. Why India is not holding a plebiscite in Kashmir? What are they (Indian government) afraid of? Why do the soldiers die? Why should our home's watchman die? If politicians on both sides (in India and in Pakistan) behave properly, no soldier needs to die. The Line of Control will be under control."

By raising the issue of plebiscite in J&K, Haasan has run the risk of inviting massive ire as J&K is an integral part of India. Pakistan's demand for a plebiscite has been repeatedly rejected by India as the former has been using terrorism to fan unrest in the state. That the people of J&K actively participate in democratic processes and have had the complete right to elect their leaders is yet another reason cited by India to reject the demand for a plebiscite which is only a call from a few separatists and people from across the border.

Pakistan, while using non-state actors to carry out acts of violence, has said people of Jammu and Kashmir deserve plebiscite. It is a demand that has been maintained by its Prime Minister Imran Khan as well even as there are numerous reports - based on evidence - about how people in Pakistan-occupied-Kashmir - are being either ignored or their rights being crumpled upon by Islamabad. That Pakistani forces are present there and that PoK is an illegally occupied territory deems the question of plebiscite void.