The Supreme Court is all set to pronounce its verdict in the politically-sensitive and several decades-old Ayodhya's Ram Janambhoomi-Babri Masjid land dispute case on Saturday. The landmark verdict will be delivered around 10:30 am 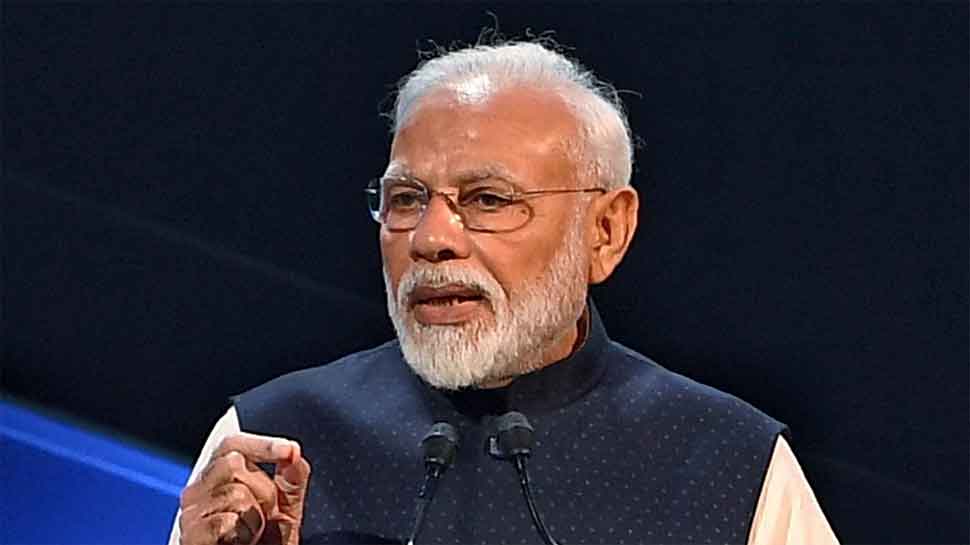 NEW DELHI: It's a unanimous and historic decision in favour of the construction of Ram Temple in Ayodhya by the five-judge Constitution bench of the Supreme Court. The bench led by Chief Justice of India Ranjan Gogoi ruled on Saturday (November 9, 2019) that the title suit by Ram Lalla Virajman is maintainable while ordering the Centre to set-up a Board of Trustees in the next three months for the construction of a Ram Temple.

Rejecting the petition by the Muslim side, the apex court ruled that they be given 5 acres of land at an alternate site in Ayodhya in the politically and socially-sensitive and several decades-old Ayodhya's Ram Janmbhoomi-Babri Masjid land dispute case.

Section 144, which prohibits a gathering of more than four people, has been imposed across several states, including Goa, Uttar Pradesh and Jammu and Kashmir, ahead of the SC verdict. Further, all schools and colleges and other educational institutions will remain closed in states like Madhya Pradesh, Uttar Pradesh, Jammu and Kashmir, Karnataka, Rajasthan, Delhi etc as a precautionary measure ahead of the Supreme Court verdict in the case. The Uttar Pradesh government has also declared holidays for all schools and colleges in the state starting from November 9 to 11 amid safety concerns.

You can watch the live streaming of the much-anticipated verdict in Ayodhya land dispute case here.

I express my gratitude to Supreme Court judges for the historic judgement on Ayodhya case. The verdict is a strong message of unity in diversity and that there's no place for any negativity now: UP CM

Supreme Court verdict gave us a message of unity and patience. We need to look to India's future now. We must all work together to achieve our goals: PM Modi

It is a day to bury differences and negativity: PM Modi

Important that the Ayodhya verdict was a unanimous decision: PM Modi

PM Modi draws an analogy with Berlin Wall, says, "November 9 is historic in many ways. Today is the anniversary of the fall of Berlin Wall."

Ayodhya verdict has come with a consensus. Nation has accepted the verdict: PM Modi

People have written a new history today. Nation has accepted the verdict with open heart. Supreme Court has given historic verdict today. Today's verdict is a golden chapter in the history of Indian judiciary: PM Modi

Unity in diversity is our strength: Modi

People from every faith and community have welcomed the SC verdict in Ayodhya case. Unity in diversity is visible in all its glory in India today and our country is known for this: PM Modi

Long-standing Ayodhya case has come to an end, says PM Modi, in his first address to nation after Supreme Court verdict on Ayodha land dispute.

"This legal dispute of Shri Ram Janmabhoomi, which has been going on for decades, reached its final step with this decision today. I congratulate the justice system of India and all the justices," says Union Home Minister Amit Shah after the SC verdict in Ayodhya case.

"Shri Ram Janmabhoomi strives for legal dispute; I express my gratitude to all the organizations, Sant Samaj of the entire country and countless unknown people who have tried it for so many years," Shah tweets in Hindi on his official handle.

"I am confident that this landmark judgment given by the Supreme Court will prove to be a milestone in itself. This decision will further strengthen India's unity, integrity and great culture," says Home Minister.

We appeal to all the parties concerned and to all communities to abide by the secular values and spirit of fraternity enshrined in our Constitution and to maintain peace and harmony, the Congress added.

It is the responsibility of each one of us to reaffirm our tradition of mutual respect and unity among all that has defined our society through the ages, the Congress further said.

Following the verdict in Ayodhya case, lawyer of Sunni Waqf Board Zafaryab Jilani says, "We respect the SC's verdict. But we are not satisfied with it. Five acres of alternate land does not resolve the issue. We will decide the future course of action."

Jilani further appealed everyone to maintain peace and harmony in the nation.

The Judgment of Hon'ble Supreme Court on Ayodhya is historic. The Judgement will further strengthen India’s social fabric. I urge everyone to take the verdict with equanimity and magnanimity, says Defence Minister Rajnath Singh.

"I also appeal to the people to maintain peace & harmony after this landmark verdict," Singh further says.

The Judgment of Hon'ble Supreme Court on Ayodhya is historic. The Judgement will further strengthen India’s social fabric.

I urge everyone to take the verdict with equanimity and magnanimity. I also appeal to the people to maintain peace & harmony after this landmark verdict. pic.twitter.com/DWnVRPuXMG

Iqbal Ansari, one of the main litigants in Ayodhya land dispute case says, "I am happy that Supreme Court has finally delivered a verdict, I respect the judgement of the court," following the Supreme Court verdict.

Supreme Court's judgement should be welcomed by everyone, it will be beneficial for social harmony. There should be no further dispute on this issue, that is my appeal to the people, says Bihar CM Nitish Kumar on Ayodhya verdict delivered by the SC.

It is a historic judgement. With this judgement, the Supreme Court has given the message of unity in diversity: Varun Kumar Sinha, lawyer of Hindu Mahasabha.

Board of trustees to be set up in three months for construction of Ram temple in Ayodhya, says SC.

Muslims fail to prove that the site was under their possession before Babri Masjid was constructed, says SC.

Muslim parties to be given alternate land of five acres, inner courtyard to be given to trust: SC.

SC orders no division of land in Ayodhya, says Centre should come up with a plan in three months for construction of Ram temple in Ayodhya.

SC rules that alternate piece of land should be given to Muslims, says SC.

It is clearly established that Muslims offered prayers inside the inner courtyard while the same was done by Hindus in the outer courtyard, SC observes.

The nature of worship offered by Hindus over the years prove that they had always believed that Lord Rama was born at the site, says SC.

There are documents between 1856-57 that show that the Hindus were not obstructed from worshipping at Ayodhya temple, says SC.

There has been extensive nature of worship by Hindus in the outer courtyards, there was also no abandonment of the site by Muslims and there was no cessation of Namaz, says SC.

No one can question Hindus' faith that Lord Ram was born in Ayodhya, SC observes.

There is evidence that Ram Chabutra, Sita Rasoi were worshipped by the Hindus before the British came: SC

Travelogues, gazetteers cannot be the basis of adjudication of title, SC says.

ASI refrained from recording a finding on whether the mosque was built after demolishing a Hindu temple, Supreme Court observes.

Hindus believe that Lord Ram was born right below the central dome of the disputed structure, SC says. Both Hindu and Muslim witnesses indicate that people of both faiths were offering prayers at the disputed site, SC further says.

Whether a belief is justified is beyond judicial inquiry. Once the faith is established, the court should defer to it: Supreme Court says.

The SC says, there is adequate material in ASI report to conclude the following:

Babri Masjid not constructed on vacant land. There was a structure underlying the disputed structure.

The underlying structure was not an Islamic structure, says the Supreme Court.

Inappropriate for the SC to enter into the area of theology, the true test is faith and belief of worshippers of the mosque, says SC bench.

Places of Worship Act reaffirms the commitment of India to protect the interest all religious community, says CJI Ranjan Gogoi.

CJI Ranjan Gogoi says he will take 30 minutes to deliver the judgement in the Ayodhya case.

SC dismisses UP Shia Waqf board appeal unanimously by 5-0, rules only Sunni Waqf board represents Muslims in the Ayodhya case.

All five judges have begun signing the verdict papers in Supreme Court. The decision will be pronounced shortly.

Ayodhya verdict: Know the five judges who will deliver the Supreme Court judgement.

Supreme Court restricts the entry of people in court premises, no fresh pass is issued to allow people to enter the courtroom to witness pronouncement of judgement in Ayodhya case.