Meghalaya mine: No change in water level

The divers of the Navy and the National Disaster Response Force (NDRF) were not able to resume the search operation for the 15 trapped miners as they could not go inside due to the high water level. 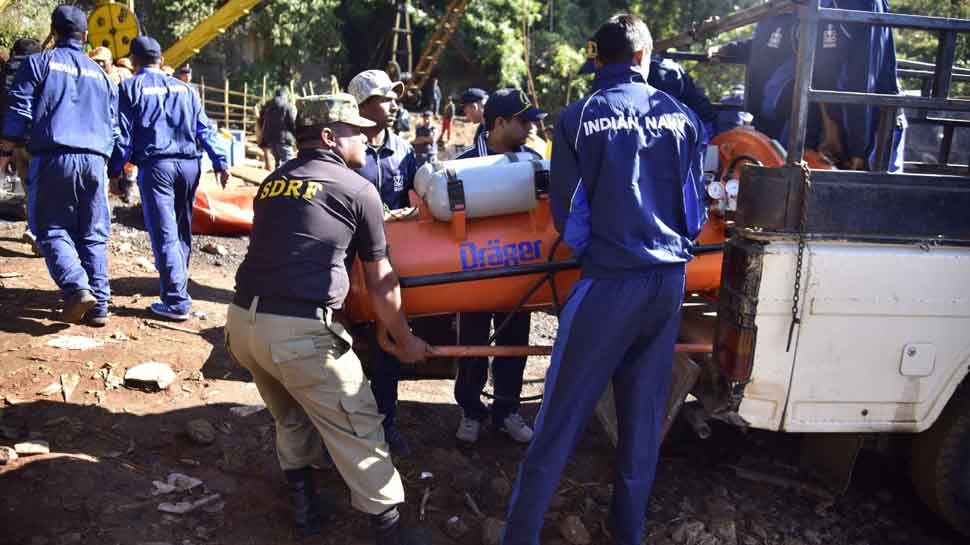 Shillong: The multi-agency operations to rescue the miners in Meghalaya failed to make any headway on Thursday, with efforts to pump the water out of the mine not yielding any result.

The divers of the Navy and the National Disaster Response Force (NDRF) were not able to resume the search operation for the 15 trapped miners as they could not go inside due to the high water level.

Asked if the divers would take another chance later in the day, operation spokesperson R Susngi told PTI that they would wait, but there was a remote chance of the water level reducing so soon.

The 15 miners remain trapped in the 370-foot-deep illegal rat-hole coal mine in Lumthari village of East Jaintia Hills district since December 13 after water from a nearby river gushed in. The operation to rescue them entered the 22nd day on Thursday.

Fire Service personnel from Odisha resumed work at 10 am and it was found that the water level has risen again, a day after full-day pumping resulted in it receding by 16 inches, Susngi said.

One more pump will be put to use at the mine on Thursday and another would will be installed at an abandoned mine, about 100 metres away, he said. Meanwhile, the high-powered submersible pump from Coal India is yet to begin work, three days after it arrived at the site. Preparation is still going on to get the pump operational, Susngi said.

The spokesperson had said divers would resume operation once the water level at the main shaft decreases to about 100 feet from its current level of over 160 feet.

Authorities said there were at least 90 abandoned mine shafts in the area and they were full of water. Rescuers believe that these nearby mines might be interconnected and draining out water in these mines could help in reducing the water level in the main shaft.

All issues raised by Congress on Rafale clarified by Supreme Court: Sushma Swaraj