Monsoon likely to reach Delhi by June 15, ahead of schedule: IMD

The south-west monsoon is set to reach Delhi and most of north-west India by June 15, almost a fortnight ahead of schedule, revealed the India Meteorological Department (IMD) on Friday. 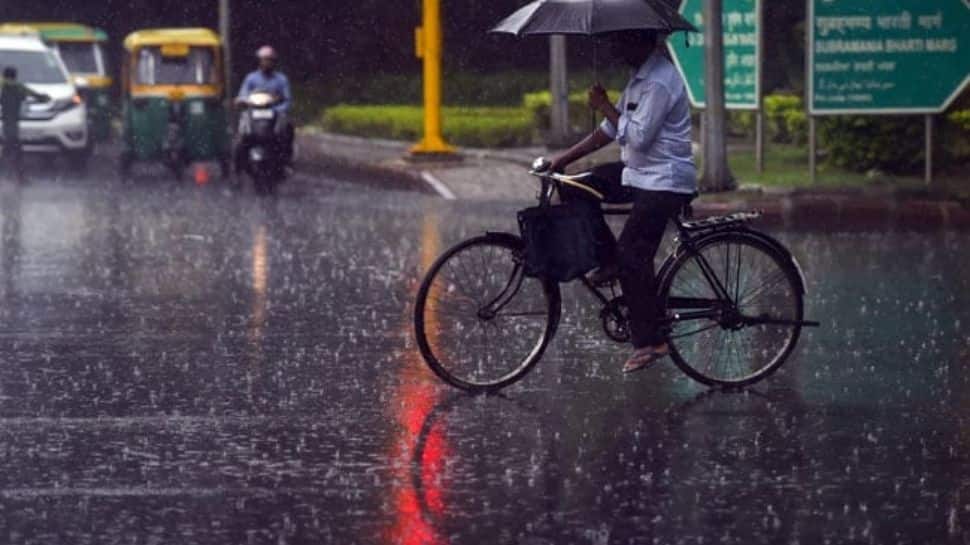 New Delhi: The southwest monsoon is likely to reach Delhi by June 15, which is 12 days before its usual date of June 27, revealed officials at India Meteorological Department (IMD) on Friday (June 11, 2021).

The head of IMD's regional forecasting centre, Kuldeep Srivastava, said that earlier in 2008, too, the wind system had reached Delhi on June 15.

"Conditions are favourable for an early onset. It (monsoon) may reach Delhi by June 15 this time," he said.

Normally, the monsoon reaches the national capital by June 27 and covers the entire country by July 8. “Light to moderate rainfall is predicted in the capital over the next three days,” he said.

IMD revealed that a low-pressure area lies over the northwest Bay of Bengal, adding that it is likely to move across Odisha, Jharkhand and north Chhattisgarh over the next 3-4 days.

The IMD officials also revealed that a trough runs from south Punjab to the centre of this low pressure area and strong south-westerly winds are prevailing along the west coast and an offshore trough lies off the west coast. These conditions are likely to persist over the next 5-6 days.

"Under these favourable meteorological conditions, the southwest monsoon is likely to advance over the entire country outside south Rajasthan and Kutch region of Gujarat during the next five-six days," the IMD said.

The head of IMD's regional forecasting centre, Srivastava said largely, three factors are considered for declaring the arrival of the monsoon in an area (after it makes onset in Kerala)- widespread rainfall over a large area, prediction of more precipitation over the next three to four days and easterly winds.

Last year, the wind system had covered the entire country by June 29, seven days before the usual date of July 8.

Srivastava also said this is the first time since 2014 that Delhi has not recorded a heatwave in the summer season. “Frequent western disturbances kept the mercury in check in April and May. Also, Cyclone Tauktae led to record rains last month,” he said.