The biggest work Narendra Modi-led government at the Centre has done is to safeguard our borders, noted Shah. 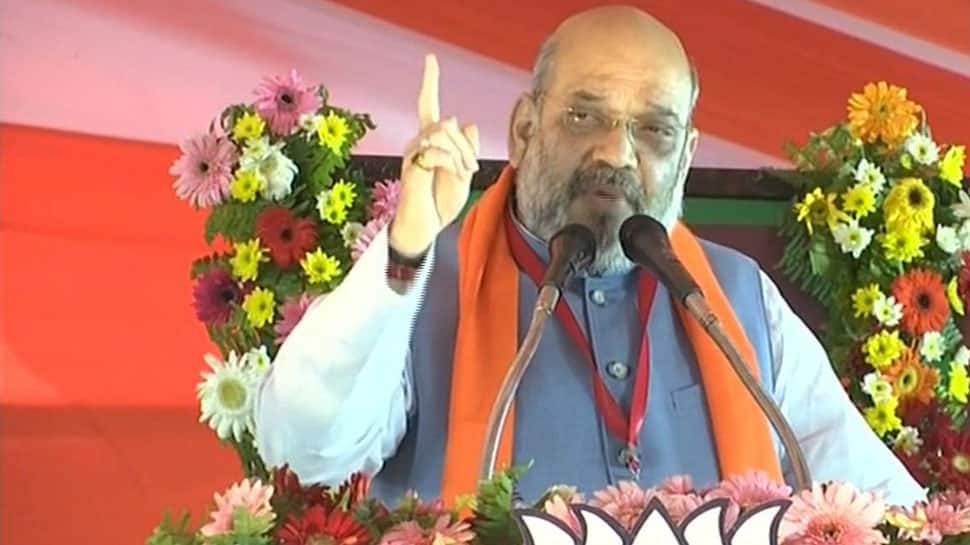 RAIPUR: BJP President Amit Shah on Thursday slammed the Congress stressing that Naxalism flourishes whenever Congress comes to power, but the Naxals face the heat whenever the Congress goes out of power.

"In Chhattisgarh, after the Raman Singh government came to power, Naxalism vanished...Whenever the Congress comes to power, Naxalism flourishes and whenever it goes out of power, the menace weakens...What is the relation the Congress has with Naxals? When anti-national slogans were raised at the Jawaharlal Nehru University (JNU), the Congress president had stood in their support which shows his commitment," he added.

In a direct attack on Congress President Rahul Gandhi, the senior BJP leader said that the Gandhi scion used to ask what Narendra Modi government has done in the last 5 years? Then he must know that what the Congress failed to do in 55 years of its rule was done by the BJP in 55 months. The biggest work Narendra Modi-led government at the Centre has done is to safeguard our borders, noted Shah.

"In the 10 years of Sonia-Manmohan rule, anybody infiltrated Indian borders from Pakistan and chopped off heads of our soldiers and insulted them, but there was nobody to give a reply," he said.

"We conducted a surgical strike after Uri (attack). After Pulwama, India conducted the air strike and demolished terror camps in Pakistan. It is the Narendra Modi government which has done this. After the air strike, a message was sent to the world that no one can violate India's borders. The BJP has shown to the world how a strong nation can be built," added the BJP president.