Bihar Chief Minister Nitish Kumar's party Janata Dal-United (JDU) may soon be a part of the Narendra Modi-led NDA government at the centre. 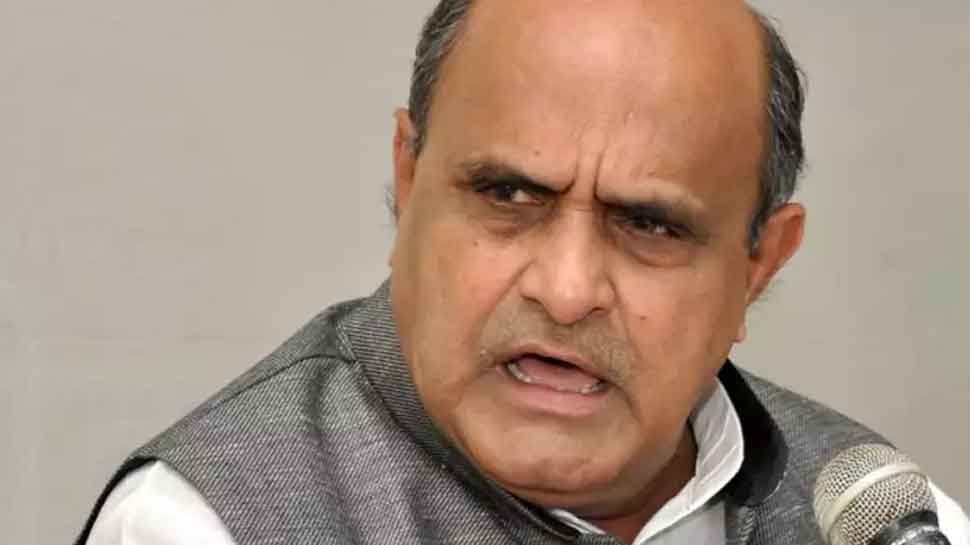 NEW DELHI: Bihar Chief Minister Nitish Kumar's party Janata Dal-United (JDU) is ready to be a part of the Narendra Modi-led NDA government at the centre.

Bihar's ruling party may be included in the next Union Cabinet reshuffle by Prime Minister Narendra Modi if all goes well.

The indication in this regard came from senior JDU leader KC Tyagi during the meeting of the party's National Council, which was held at Mavalankar Hall in New Delhi on Wednesday.

Speaking to the reporters, Tyagi said that if his party is given a ''respectable representation'' in the Union Cabinet then it is ready to be part of the Narendra Modi-led NDA government at the centre.

Tyagi, who is JDU general secretary, said that the Bihar Chief Minister Nitish Kumar-led party was ready to join the government, if Prime Minister Narendra Modi and BJP president Amit Shah invited them.

"We want unity and harmony in the country. JDU is ready to join the Union Cabinet on a proportionate basis after getting an invitation from Narendra Modi and Amit Shah," Tyagi told reporters.

The indication from Tyagi came on a day when Nitish Kumar was re-elected as the Janata Dal-United national president for a period of three years till 2022.

This was the second time that Kumar was re-elected as the JDU national president.

Nitish Kumar had been elected as the national president of the JDU for the first time in 2016 after Sharad Yadav stepped down from its helm, handing over the reins of the party to Kumar. This time, he will remain president till 2022 before his re-election.

It may be recalled that the Janata Dal-United had decided not to be part of the Narendra Modi 2.0 government over ‘symbolic’ representation in the Union Cabinet in May this year.

Minutes before Prime Minister Narendra Modi’s oath-taking ceremony on May 30, Bihar CM Nitish Kumar had announced that his party Janata Dal (United) will not be part of the National Democratic Alliance’s Cabinet of Ministers at the Centre.

Kumar said that the decision was made after only one ministerial berth was allotted to the ruling party in Bihar, which would have been “just symbolic participation”.

“They wanted only one person from JDUin the Cabinet, so it would have been just symbolic participation,” Kumar said.

“We informed them that it is okay we do not need it. It is not a big issue, we are fully in NDA and not upset at all. We are working together, no confusion,” he added.

The regional party was reportedly unhappy with the portfolio that had been offered, sources said.

“We are not joining the government,” JDU secretary Pavan Varma had said adding, ''This our decision.”

The JDU was not part of the previous government as well even though it had rejoined the alliance in 2017.

In the Lok Sabha election 2019, the regional party had won 16 seats and the BJP secured 17 constituencies. The other NDA ally, the Lok Jan Shakti Party, won six seats while the only other seat in the state went to the Opposition Congress in Bihar.