No one has the guts to arrest me: Baba Ramdev dares authorities amid row over allopathy remarks

A new video of the yoga guru surfaced on Wednesday in which he can be seen saying that no one has the courage to arrest him after Indian Medical Association (IMA) called for his arrest on sedition charges for his remarks that “allopathy is stupid science.” 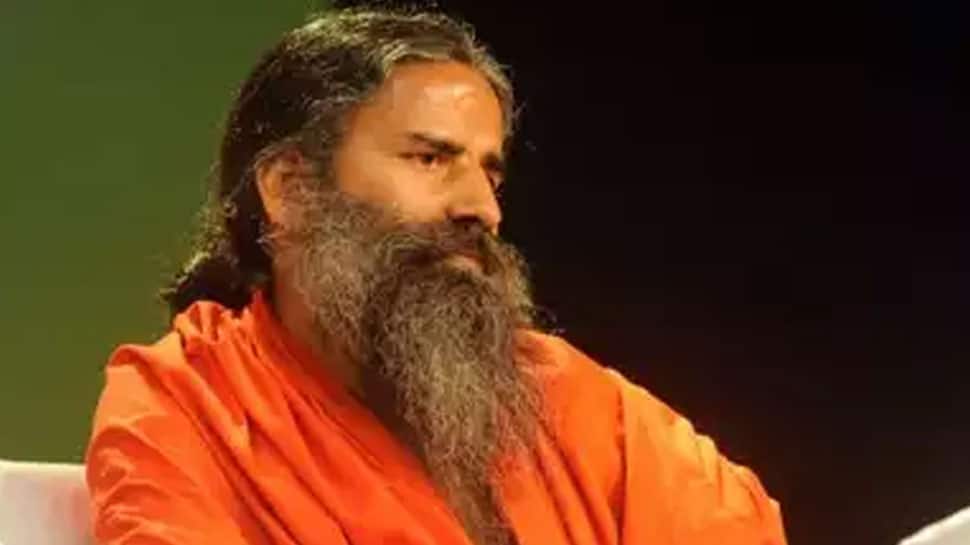 NEW DELHI: Baba Ramdev, who is in caught in a firestorm over his controversial remarks allegedly defaming allopathy and scientific medicines, has now said that no one can arrest him.

A new video of the yoga guru surfaced on Wednesday in which he can be seen saying that no one has the courage to arrest him after Indian Medical Association (IMA) called for his arrest on sedition charges for his remarks that “allopathy is stupid science.”

One such video was shared by Congress leader Gaurav Pandhi on Twitter in which he tagged PM Narendra Modi and Home Minister Amit Shah wondering if any action will be taken against him.

Over to you, @narendramodi @AmitShah !!

“No one can arrest Ramdev. They are just making noises. Let them do what they do best,” the yoga guru can be heard saying in the video.

It may be noted that Indian Medical Association (IMA) has written a letter to Prime Minister Narendra Modi urging him to take action to stop the alleged misinformation campaign by Baba Ramdev.

"At this juncture, we are pained to bring to your kind notice, two videos where Ramdev, owner of Patanjali Ayurved, is seen inter alia to be claiming that 10,000 doctors have died in spite of taking both the dose of vaccine and that lakhs of people have died due to allopathic medicine.

“He has also claimed that `Allopathy Ek stupid Aur Diwaliya Science Hai` and that thousands of people have died from taking allopathic medicines for the treatment of COVID-19 related symptoms. These videos are circulating virally on social media," IMA claimed.

IMA said its members follow the guidelines and protocols issued by the Ministry of Health through ICMR or the National task force in our treatment offered to millions of people coming to our hospitals.

If someone is claiming that allopathic medicine has killed people, it is challenging the Ministry which has issued the protocol for treatment to us as well as the office of the Drug Controller General of India (DCGI) and Central Drugs Standard Control Organisation (CDSCO) which have approved the said allopathic drugs for treating/helping COVID19 patients.

IMA, the professional organization of Modern Medicine Doctors has time and again stated that it respects, acknowledges and compliments all systems of medicine especially our Indian system of Ayurvedic Medicine, as each system is helping our people differently.

"We are not against any medicine promoted by the Ministry and happy to share the drugs promoted by the AYUSH ministry in most of our public health treatment centres. We opposed certain drugs which were being falsely promoted as curative drugs, without any approval from the Ministry/competent authorities. Ministry of AYUSH had also issued a press release to Patanjali to stop advertising / claiming its drug Coronil as a `cure` for Coronavirus," IMA said.

IMA informed that in the war against the COVID-19 pandemic, modern medicine doctors have been fighting on the front lines, putting their own lives at risk for treating COVID-19 patients including very critical patients.

IMA alleged that people like Baba Ramdev by making false statements are spreading rumours and creating hesitations or superstitions in the minds of the common man thereby discouraging them from getting vaccinated.

"We appeal to you to take appropriate action against all individuals including Ramdev who are spreading rumours and superstitions for their own vested interests, and are viciously propagating the message of fear of vaccination and challenging the Government of India`s protocols for treatment," it added.

IMA further alleged Baba Ramdev`s only objective is achieved is to make profits and gains at the expense of the lives of millions of people. Further, by spreading disbelief andrumours about the coronavirus vaccines and as a result, the vaccination campaign of the Government of India, Baba Ramdev is not only causing disaffection towards Government but is also committing acts that have disturbed and are likely to further disturb public tranquillity.

The Indian Medical Association (IMA) on Saturday sent a legal notice to yoga guru Baba Ramdev over his alleged statements against allopathy and "defaming" scientific medicine.

Cyclone Yass: Flight operations suspended till 9 am on Friday at Patna airport