Wrestler Sushil Kumar received the Arjuna award in 2006 and a Padma Shri award in 2011 by the Government of India. But, if proven guilty in the murder case then Sushil can be asked to surrender both the awards. 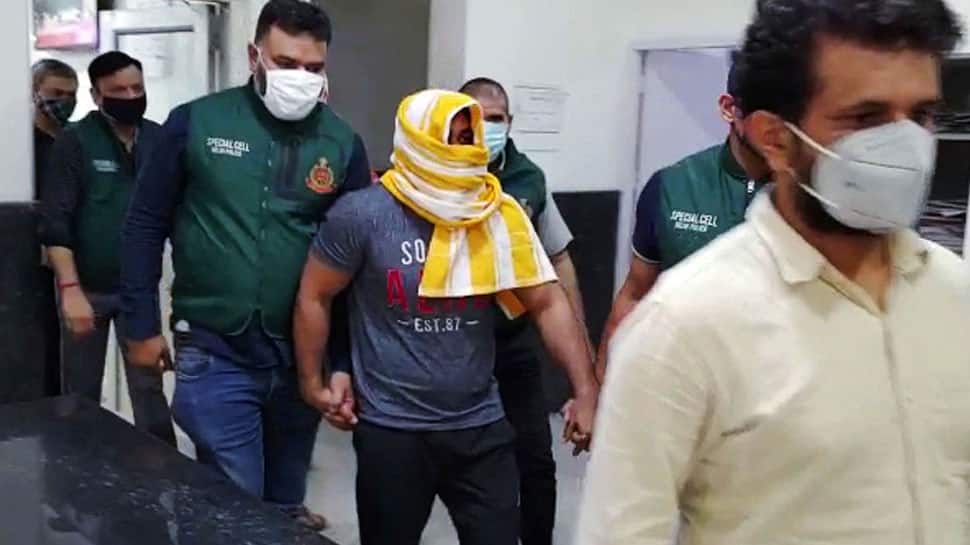 NEW DELHI:  Several days after evading arrest, two-time Olympic medal winner and wrestler Sushil Kumar was finally arrested by the police along with his associate Ajay from outer Delhi's Mundka area in connection with a case of murder.

Soon after his arrest in connection with the Chhatrasal Stadium brawl case that led to the death of a wrestler Sagar Dhankar aka Sagar Rana, Sushil Kumar was interrogated by the police for several hours to ascertain the real motive behind the murder and who all aided him during his run from the law. The high-profile wrestler and his associate Ajay Bakkarwala were taken to locations in Delhi -Model Town, Shalimar Bagh, and Chhatrasal Stadium – in connection with the incident.

The third location was the flat in Shalimar Bagh where Sushil Kumar used to live," sources said. During his interrogation, Kumar told the police that he only wanted to teach a lesson to Sagar Dhankar, with whom he had a bitter dispute over flat’s rent, and that he had no intentions to murder him.

The inside story behind the murder

An investigation done by the Zee News team has brought to the fore the inside story behind the Chhatrasal Stadium brawl and subsequent murder of wrestler Sagar Rana. According to police sources, wrestler Sushil Kumar owns a flat in the Model Town area, which is registered in his wife’s name.

This flat was given on rent to Junior National Wrestler Sagar Dhankhar through a broker. Besides Sagar Dhankhar, his companions were also using the flat. Sagar Dhankhar, who had links with gangster Sandeep aka Kala Jhatedi, was not paying the flat’s rent and often threatened Sushil Kumar.

Amid all this, Sushil Kumar came to know that Sagar Dhankhar had given shelter to gangster Kala Jhatedi and his henchmen in his flat, who were using this for their stay in Delhi and operating their gang and other their criminal activities from there. Sushil Kumar then asked Sagar Dhankhar to vacate the flat through a broker. Under pressure from Sushil Kumar, Sagar Dhankhar finally vacated the flat but without paying two months' rent.

Irked with this, Sushil Kumar and his close aides kidnapped Sagar Dhankhar and two of his teammates on the intervening night of May 4 and May 5 and took them to the Chhatrasal Stadium. After a heated argument, Sushil Kumar and his friends badly thrashed Sagar Dhankar and one of his close friends Sonu Mahal, nephew of gangster Kala Jhatedi. Sushil also asked Prince (his friend) to make the video in which Kumar and his associates were seen thrashing Sagar Rana and his two friends – Sonu and Amit Kumar.

Sagar Dhankar sustained serious head injuries and later died at the hospital. Sagar's friend Sonu Mahal, who is believed to the nephew of gangster Kala Jathadi, has many cases registered against him.

A team of Delhi Police reached the Chhatrasal Stadium after getting to know about the brawl and the subsequent murder, but by the time they reached the crime spot, Sushil Kumar had his close friends had managed to flee. However, the police nabbed one of his companions in connection with the case. Later, while on the run, wrestler Sushil Kumar tried to reconcile with Kala Jhatedi, but the gangster threatened him with dire consequences.

During the 18 days of his run from the law, Sushil Kumar kept changing his location from UP, Uttarakhand, Punjab, Haryana and Delhi. He claimed that he was scared of the Kala Jhatedi gang and was trying to protect himself. However, he was finally caught by the police. 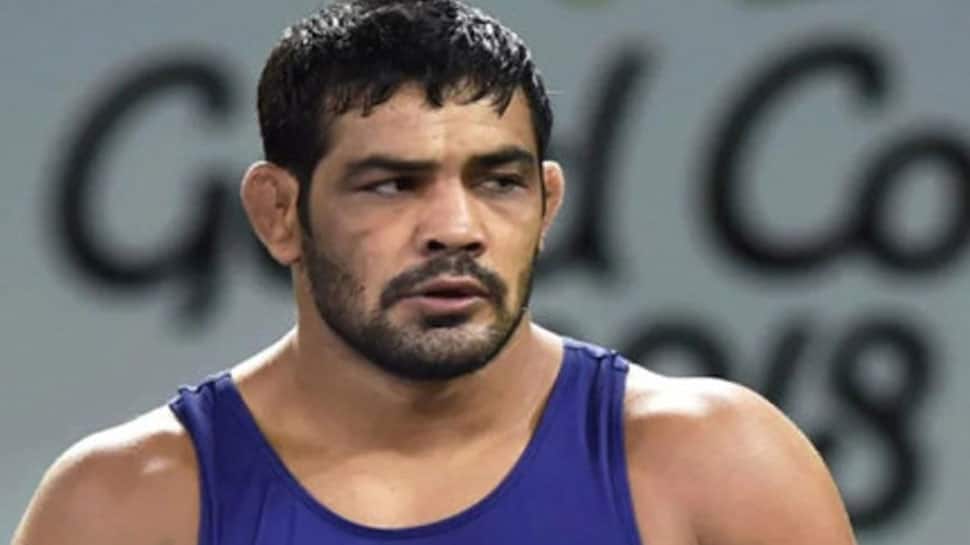 Here is the sequence of the event

-Wrestler Sagar Dhankhar was killed on the night of May 4
-On 6 May, he stayed at the ashram of a spiritual guru in Rishikesh
- He then came back to Delhi on May 7
-From Delhi, he went to Bahadurgarh in Haryana
-From Bahadurgarh, the wrestler escaped to Chandigarh
-From Chandigarh, Sushil Kumar fled to Bathinda in Punjab
-From Bathinda, he went to Chandigarh
-The wrestler then managed to reach Gurugram via Gaya from Chandigarh
-He again came back to West Delhi from Gurugram
-He was finally arrested from Mundka are in Delhi

Zee News was the first to report that Sushil Kumar was spotted near the Meerut toll on May 6 in an Innova car. The car used by him was carrying Haryana number plate. It also came to light that a person called ‘Bablu’ helped Sushil Kumar evade police. Bablu, who is a resident of Bahadurgarh, gave crucial information to police about Sushil Kumar.

How was he arrested?

Sushil Kumar had left the city as soon as he got to know about the wrestler's death after which multiple teams were formed to trace him and his aide but he kept changing his location regularly. Several teams, including the Crime Branch and four teams of the Special cell, conducted raids in Delhi, Uttar Pradesh, Uttarakhand, Haryana and Punjab.

The Delhi Police announced a reward of Rs 1 lakh for information leading to the arrest of Sushil Kumar, who had since been on the run. Another reward of Rs 50,000 was announced for Ajay's arrest. 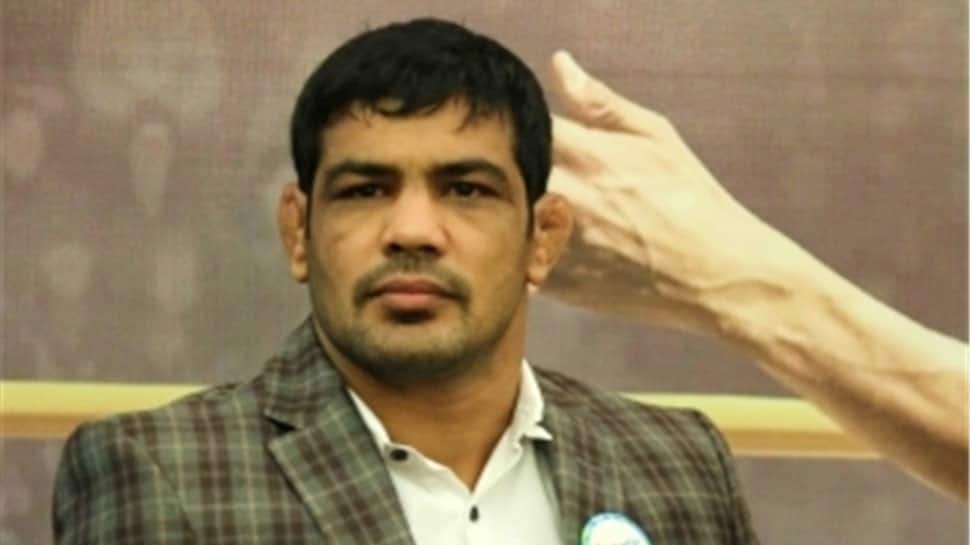 What are the charges against Sushil Kumar?

The case was also registered under sections 188 (Disobedience to order by public servant), 269 (negligent act likely to spread infection of disease), 120-B (criminal conspiracy) and 34 (common intention) of the IPC and various sections under the Arms Act.

Will Sushil Kumar be stripped of Khel Ratna, Arjuna and Padma Shri awards? 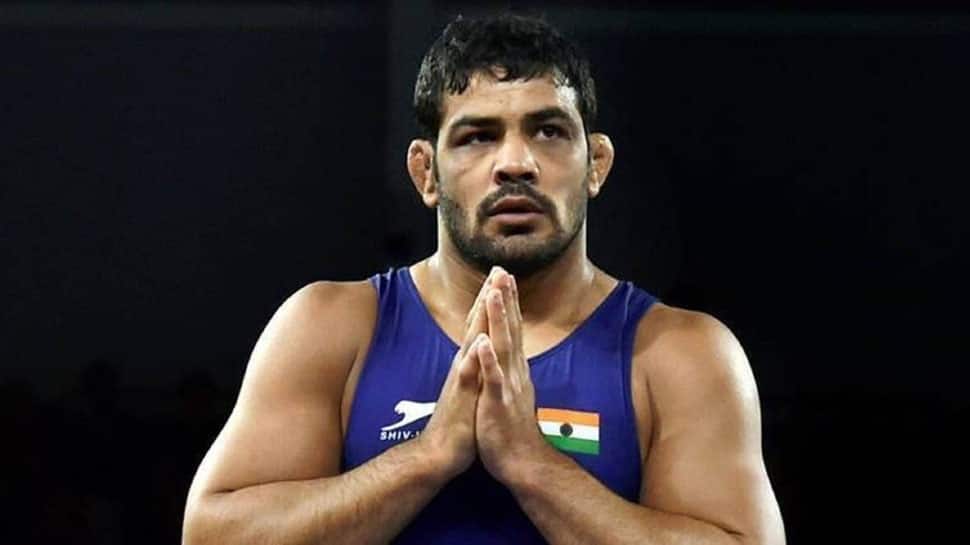 If convicted in the case, the high-profile Indian wrestler can be stripped of all the highest honours presented by the Government of India so far in his career. Notably, owing to his bronze medal-winning performance in the 2008 Beijing Olympics, Sushil Kumar was bestowed with the prestigious Rajiv Gandhi Khel Ratna Award, India's highest honour for sportspersons in 2009.

However, with the newly established murder charges on Sushil, the star wrestler might be stripped of the prestigious award by the President of India.  The President of India may cancel and annul any national award honour if the recipient commits any acts of criminal misconduct or otherwise abuses the award.

Sushil also received the Arjuna award in 2006 and a Padma Shri award in 2011 by the Government of India. But, if proven guilty in the murder case then Sushil can be asked to surrender both the awards. Kumar is employed with the Indian Railways and posted as an Officer on Special Duty (OSD) at the Chhattrasal Stadium, where the brawl allegedly took place on May 4. However, the wrestler now risks losing his job too.