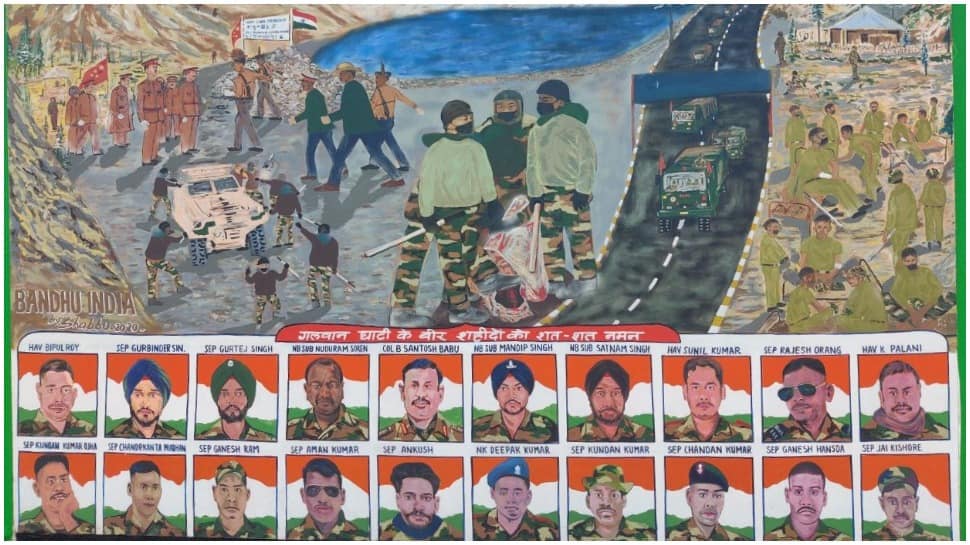 New Delhi: Artists in the national capital on Saturday (August 15, 2020) displayed a painting at the Connaught Place as a tribute to the sacrifices of the Indian Army personnel who were killed in action in Galwan valley in June 2020.

The huge painting shows the individual portraits of the 20 Indian Army troops along with their names and ranks.

Few troops of China's Peoples Liberation Army are also seen standing on the left corner of the painting. 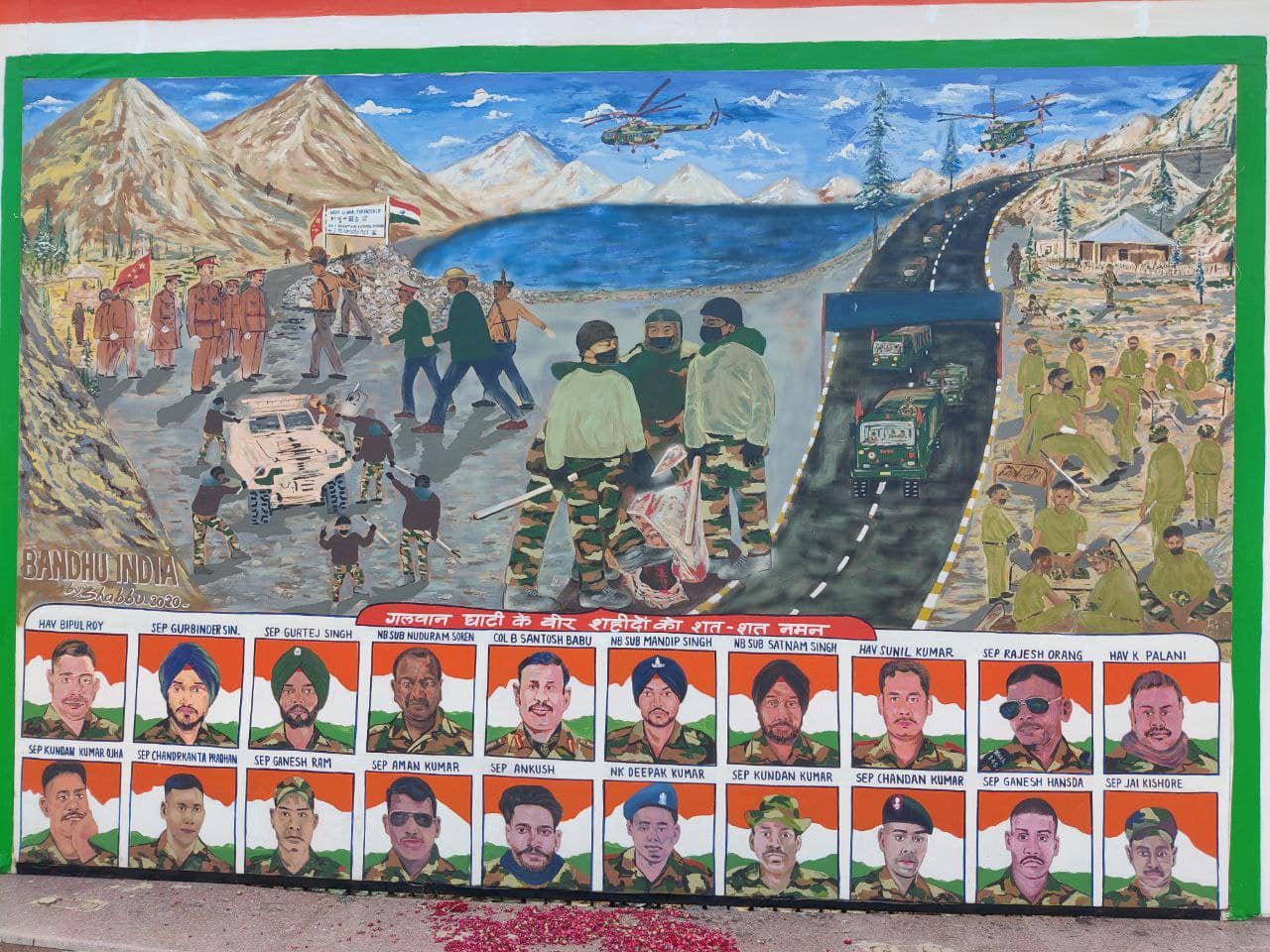 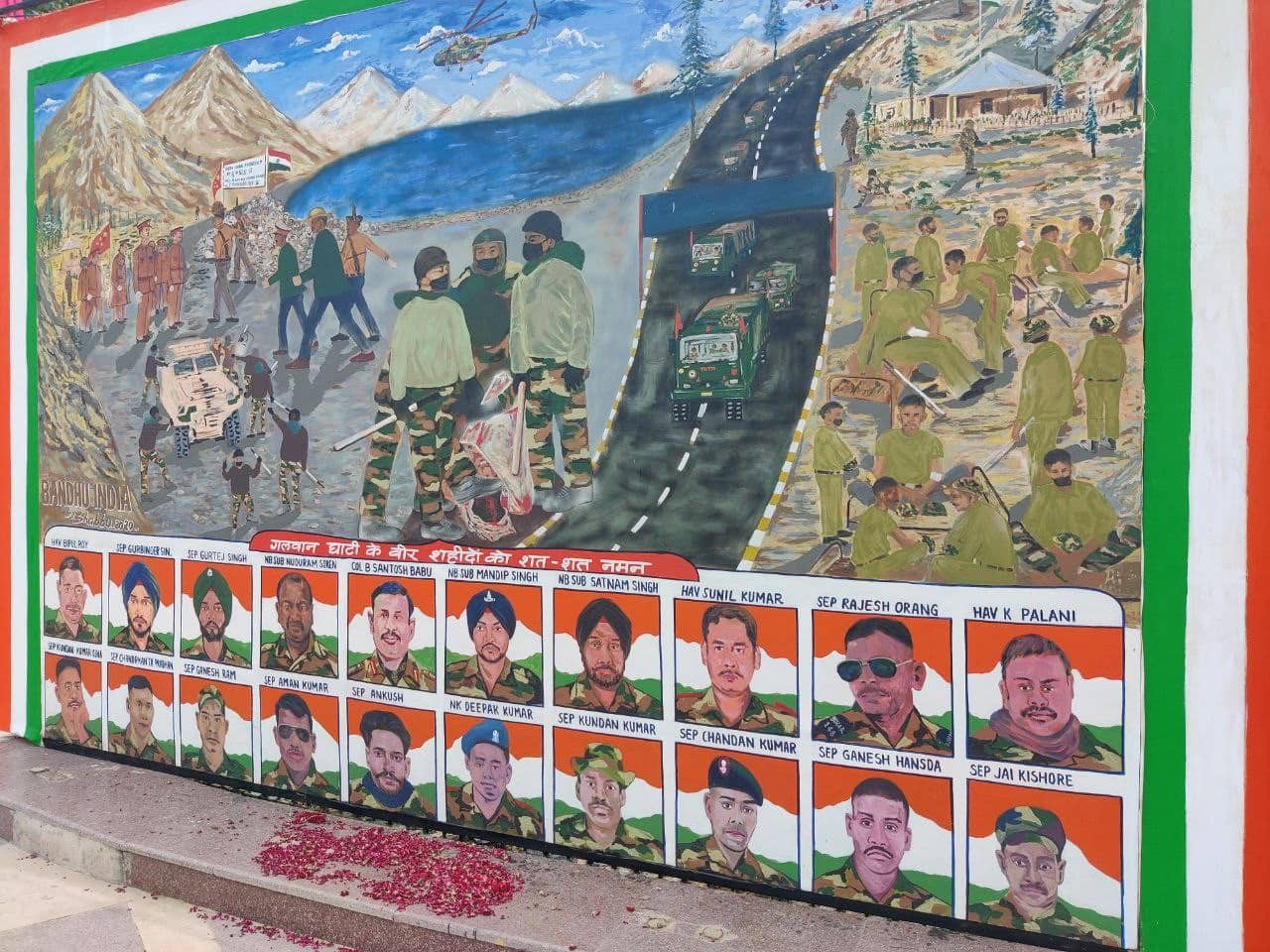 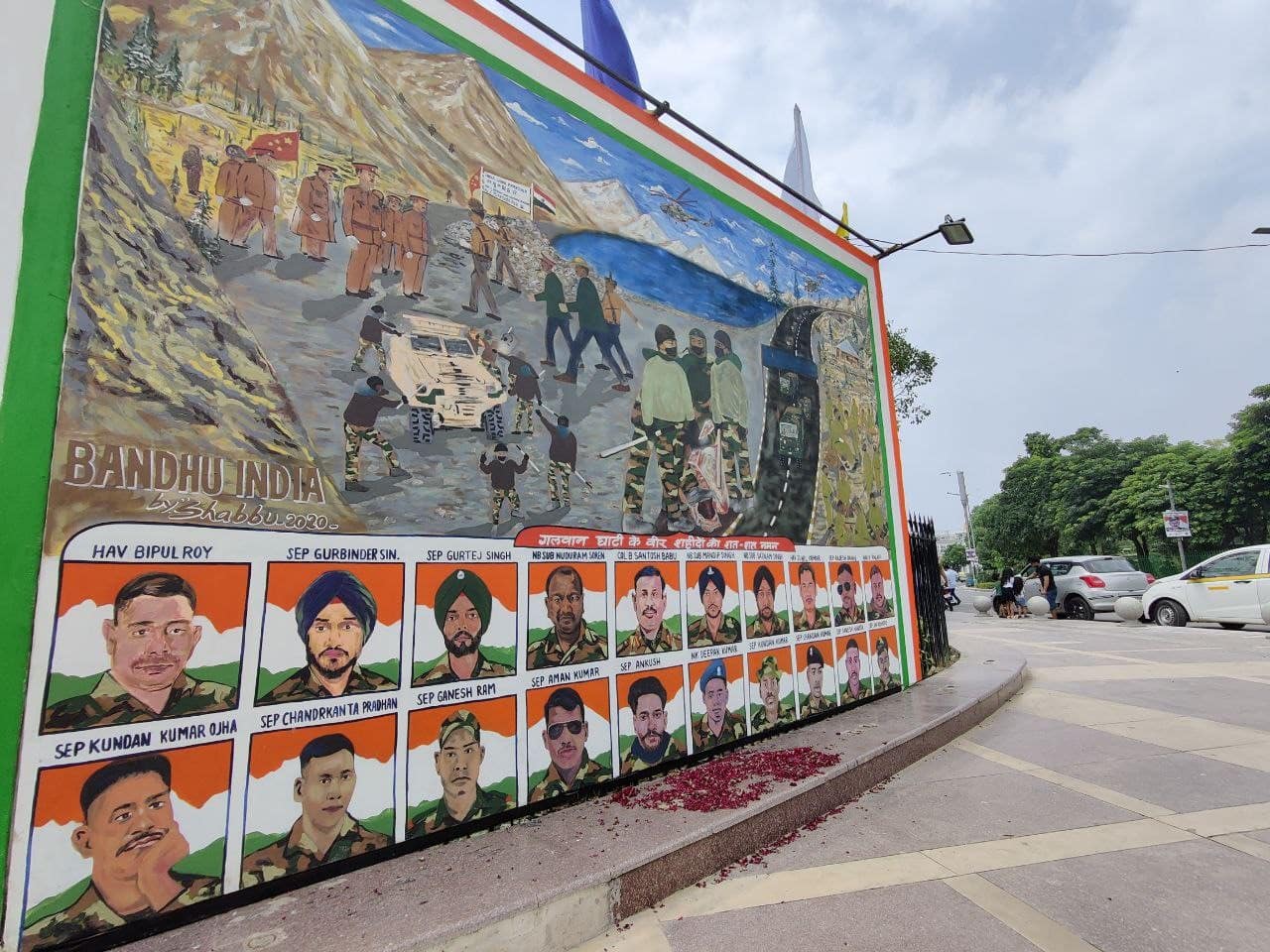 India lost its 20 soldiers in a face-off with Chinese troops at the Galwan Valley near Ladakh on June 15 and over 50 Chinese troops were reportedly killed too during the clashes.

He added, "What our brave soldiers can do for this resolution, what the country can do, the world has seen this in Ladakh."

On Friday, President Ram Nath Kovind during his address to the nation asserted that the bravery of soldiers has demonstrated that India is also capable of giving a befitting response to any attempt of aggression, though India believes in peace.

President Kovind took a jibe at China saying that "some in our neighbourhood tried to carry out their misadventure of expansion" at a time when "world community needs to fight together against the greatest challenge before humanity".

He said, "Even while the world community needs to fight together against the greatest challenge before humanity, some in our neighbourhood tried to carry out their misadventure of expansion. Our brave soldiers laid down their lives defending our borders. Those worthy sons of Bharat Mata lived and died for national pride."

He added, "The entire nation salutes the martyrs of Galwan Valley. Every Indian feels grateful to their family members. Their bravery in combat has demonstrated that while we believe in peace, we are also capable of giving a befitting response to any attempt of aggression. We are proud of the members of our Armed Forces, paramilitary forces and police personnel who protect the borders, and ensure our internal security."

All Indian villages will be connected with optical fibre in next 1,000 days: PM Narendra Modi