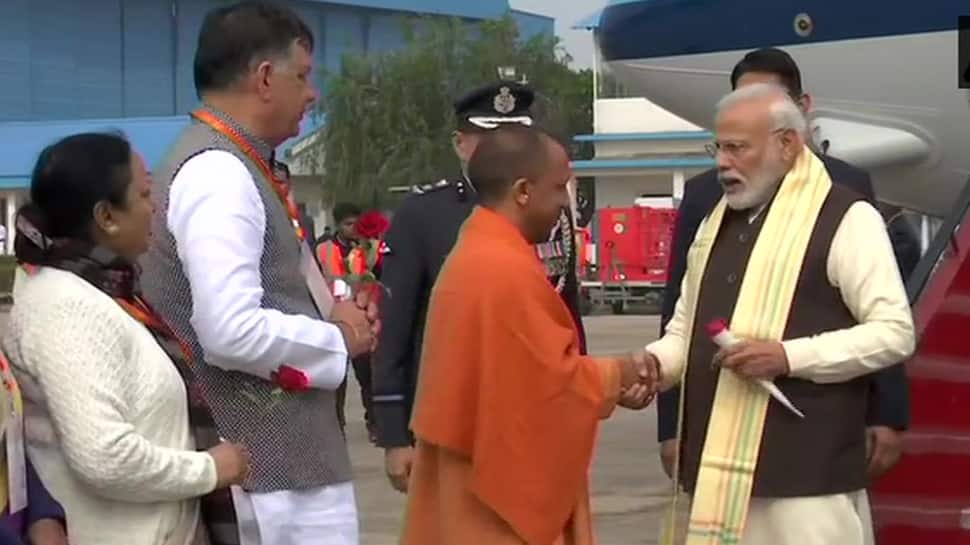 He was greeted by key BJP leaders including Chief Minister Yogi Adityanath and UP cabinet minister Satish Mahana, upon his arrival at the Chakeri airport in Kanpur. Meanwhile, security has been heightened in the city for the Prime Minister`s visit.

Modi will also review the progress of work done and deliberate on aspects of cleaning the Ganga.