A plan to target the terror camps of JeM across the LoC was hatched within 24 hours of the Pulwama terror attack. 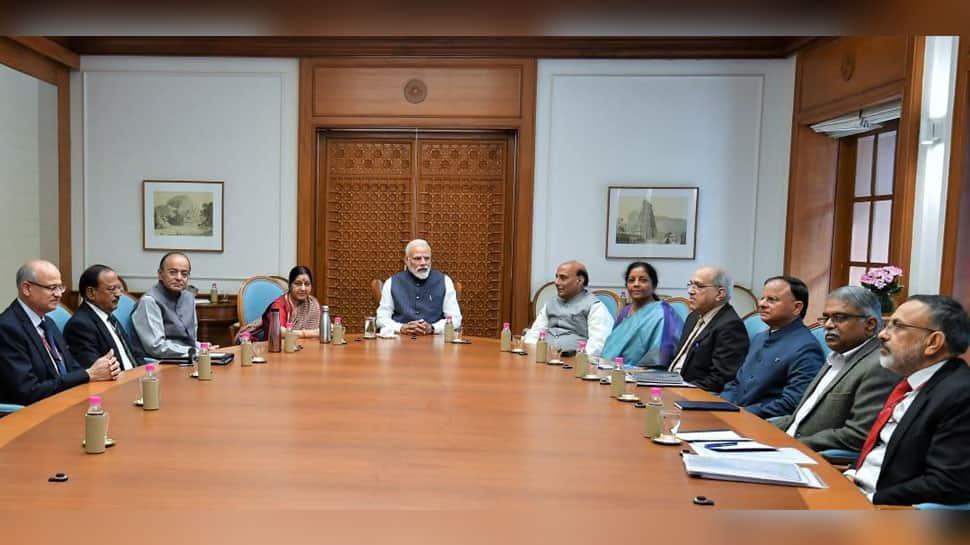 NEW DELHI: Prime Minister Narendra Modi had cleared the decision to strike back at terror camps in Pakistan and Pakistan-occupied Kashmir within 24 hours of the Pulwama attack which claimed the lives of over 40 CRPF personnel.

A plan to target the camps of Jaish-e-Mohammad across the Line of Control (LoC) was hatched within 24 hours of the Pulwama terror attack, top sources told Zee Media on Tuesday.

Indian Air Force (IAF) Mirage 2000 fighters crossed the LoC in the early hours of Tuesday and destroyed a major terrorist camp based in Pakistan. The attack was launched by 12 Mirage fighters which dropped 1000 kilogramme bombs on terror camps across the LoC at 3:30 am on February 26, IAF sources said.

Terror camps and Alpha-3 control rooms of Jaish-e-Mohammad (JeM) based in Balakot, Chakoti and Muzaffarabad regions were completely destroyed in the operation.

The Cabinet Committee on Security (CCS) met on Tuesday morning at the residence of Prime Minister Narendra Modi after the Indian Air Force carried out air strikes in Pakistan.

National Security Advisor Ajit Doval and other top officials of the prime minister's office and the security apparatus were present at the meeting, official sources said.

The Indian Air Force and Indian Army are likely to address a press conference soon to provide details about the IAF operation across the LoC.

On February 14, over 2000 Central Reserve Police Force (CRPF) personnel travelling in a convoy of 78 vehicles on Jammu-Srinagar highway was attacked by a vehicle-borne suicide bomber at Lethpora (near Awantipora) in the Pulwama district. The attack resulted in the death of at least 40 CRPF personnel and injured many others. JeM claimed responsibility for the attack and Kashmiri local Adil Ahmad Dar was identified as the suicide bomber.