PM Narendra Modi should win in 2019, 5 years not enough: Kangana Ranaut amid rumours of political plunge

In an interview with Zee, Ranaut indicated she would some day enter politics. 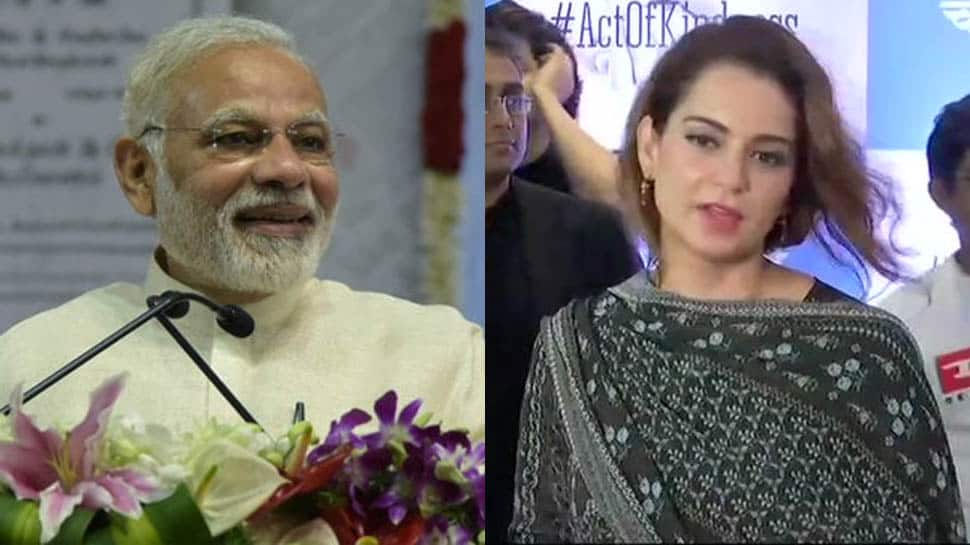 Bollywood actor Kangana Ranaut sparked rumours she might enter politics, and we had reported it earlier on Saturday. But the star seemed to wasted little time in revealing where he preferences lie. On Saturday evening, Ranaut heaped praise on Prime Minister Narendra Modi, and expressed hope that he would be reelected in 2019.

"Narendra Modi is the most deserving candidate and rightful leader of a democracy. He is not in this position because of his parents, he has worked hard to be here," she said to reporters, according to news agency ANI.

"Yes, he should come to power next year as five years are not enough to pull a country out of pit," she added.

Ranaut's comments check most of the boxes for points usually used by PM Modi's staunchest defenders - opposition to dynasty politics, Modi's humble beginnings and 60 years of alleged misrule by the Congress.

Needless to say, the comment, which was reported late on Saturday night sparked extreme shows of support or opposition, in the polarised manner that has become characteristic of Twitter.

In an exclusive interview with Zee, Kangana was asked if she will ever be active in politics and she responded something that fell just short of an emphatic yes. Kangana noted that she was a bit on the young side to enter politics, and indicated she would 'serve her nation' when the time comes.

She part of her response to the question were remarks about the hardships faced by soldiers on the border.

Kangana is currently promoting her next film, 'Manikarnika - The Queen of Jhansi'. The film is based on the valiant Rani Laxmibai.