Prime Minister will take a brief plan from each of the ministers about their future roadmap to manage the crisis due to the COVID-19 pandemic. 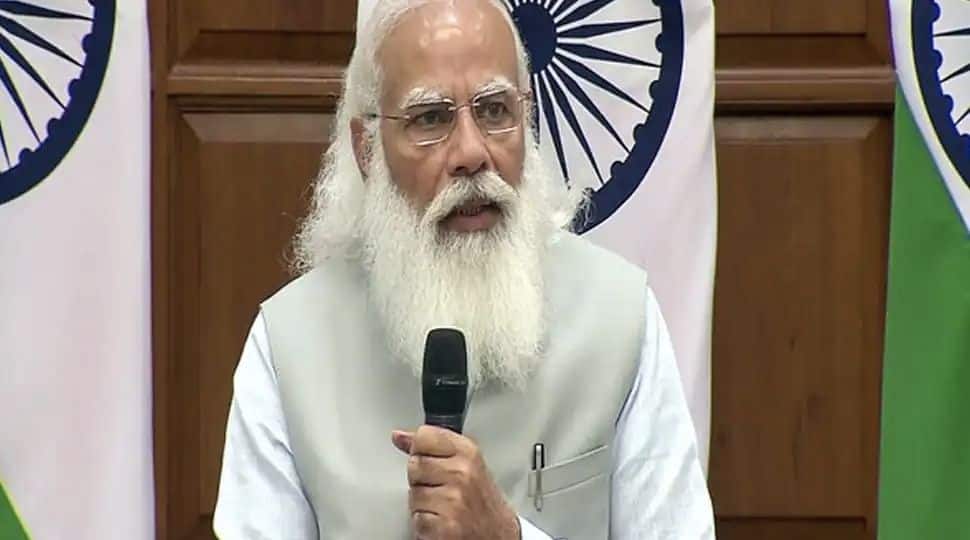 New Delhi: Prime Minister Narendra Modi is likely to chair a meeting with the Council of Ministers on July 14 to discuss key issues amid the ongoing COVID-19 crisis as well as other issues to take forward the country to fulfill his 'Atmanirbhar Bharat' (self-reliant India) vision.

Sources said that the Prime Minister will take a brief plan from each of the ministers about their future roadmap to manage the crisis due to the COVID-19 pandemic which has widely affected almost all sectors of the economy, especially the health sector, and other matters related to the growth of the country.

The meeting is expected to witness many notable issues and discussions related to key ministries like the Ministry of Health and Family Welfare, now being handled by Mansukh Mandaviya, and education being taken care of by Dharmendra Pradhan.

The meeting would be the second such interaction with the 75 councils of Ministers after Modi carried out a major expansion and reshuffle of his ministers on Wednesday.

The Union Cabinet and the Council of Ministers meetings were held back-to-back on Thursday, a day after the major rejig in the Central government.

It is usual for the Prime Minister to convene meetings of the Union Cabinet as well as the Council of Ministers after a reshuffle and expansion exercise.

Wednesday's exercise saw the induction of 36 new ministers and the promotion of seven old ministers.