Laxmanbhai Bhatwar took the extreme decision to lie down on massive craters on the road and was covered in sand. 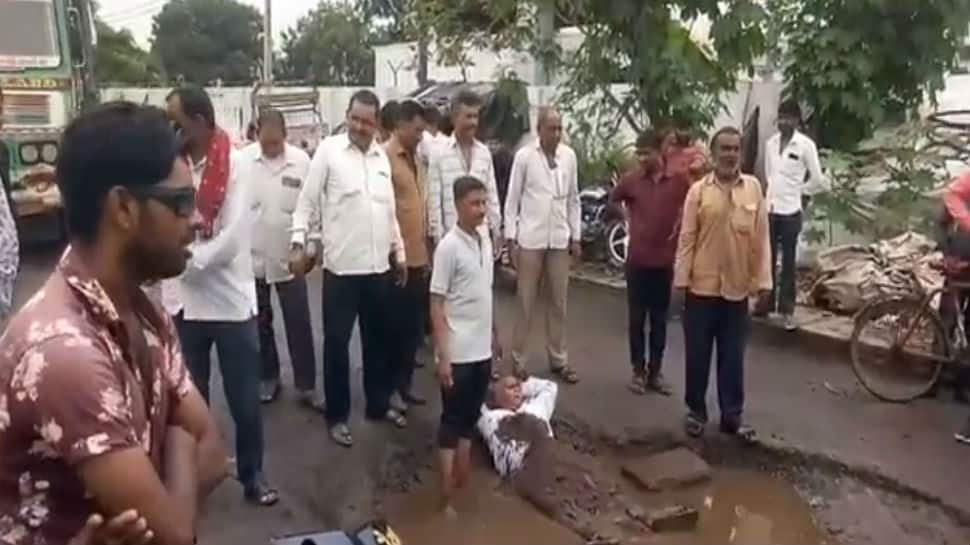 At a time when increased fines for traffic violations have led many to question who would be penalised for bad roads in the country, a man in Rajkot took his protest to a unique level. Opting to lie down on the potholes, Laxmanbhai Bhatwar tried to bring the attention of civic authorities to the shambolic condition of roads in the area.

Bhatwar took the extreme decision to lie down on massive craters on the road and was covered in sand. With hands behind his head, he looked ill at ease but was determined to wake up authorities who are responsible for the upkeep of city roads. He and fellow protesters here said that the massive potholes on many roads in and around Rajkot don't just damage vehicles but also pose a grave risk to commuters. This gets even worse during rainy seasons as the potholes get filled with water which makes it difficult to ascertain their depths. Often, vehicles have also been struck and stuck in these dangerous potholes.

It is because of this that Bhatwar and his fellow protesters opted to lie down in potholes which pepper roads in Rajkot's Greenland Chowkri. They add that their repeated requests for the roads to be repaired have not been answered.