The PM, in his address, reportedly stated that the Opposition made irresponsible statements regarding vaccination and promoted hesitancy. Later they asked for state governments to be allowed to procure COVID-19 vaccines but were unable to do that task as well. 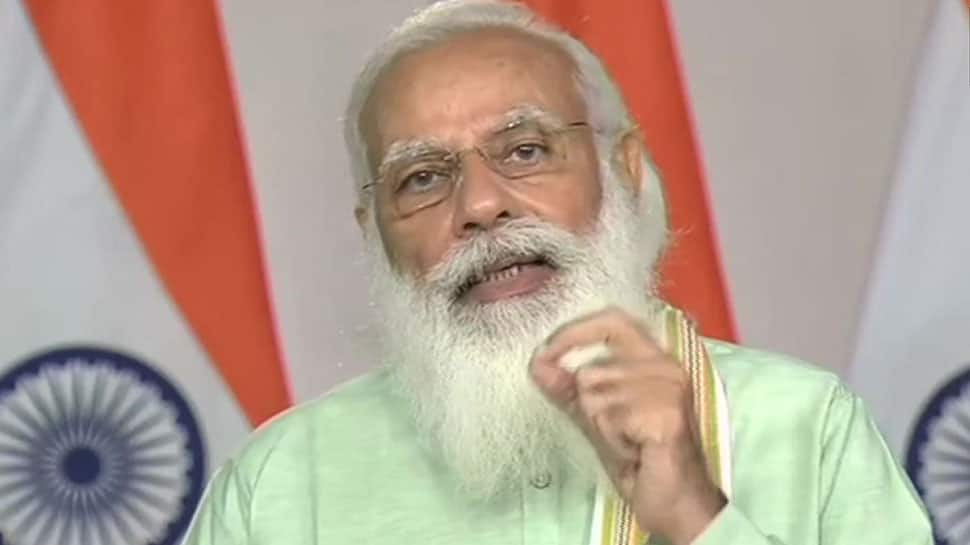 New Delhi: In view of the upcoming Monsoon Session of the Parliament, Prime Minister Narendra Modi has given a piece of advice to his Council of Ministers to prepare well to tackle the Opposition’s possible attack over the Centre’s handling of the COVID-19 pandemic and its vaccine policy.

According to reports, the Prime Minister met his Council of Ministers on Wednesday during which he asked them to be prepared for the Opposition's attempts to stall proceedings in Parliament over the COVID-19 pandemic.

Speaking at the Council of Ministers meeting, PM Modi reportedly instructed the ministers to come prepared for the forthcoming Monsoon Session of Parliament. He even asked the ministers to ensure that they are able to rebut any false claims made by the Opposition regarding the government’s handling of COVID-19.

Sources further said that PM Modi had asked ministers to put issues pertaining to them with vigour and clarity. During the meeting, the PM re-emphasized the need to get more awareness regarding vaccination drive to prevent people from the third wave of COVID-19.

He also called for greater unity and coordination between ministers for effective governance. The Prime Minister also reportedly asked the ministers to also ensure delivery of Central government welfare schemes being run by their departments.

The Monsoon Session of Parliament is scheduled to start on July 19. The meeting of the Union Council of Ministers also holds significance as important matters and policy issues are discussed.

The PM, in his address, reportedly stated that the Opposition made irresponsible statements regarding vaccination and promoted hesitancy. Later they asked for state governments to be allowed to procure COVID-19 vaccines but were unable to do that task as well.

PM Modi pointed out that the mismanagement by the states forced the Centre to take over the vaccination process. He also urged the ministers to promote the COVID-19 related protocol emphatically and to come forward with suggestions to boost economic growth.

On behalf of 130 crore Indians, I want to thank all doctors: PM Modi in address to medical fraternity