After pursuing the legal profession for more than 75 years, Jethmalani had announced his retirement two years back. 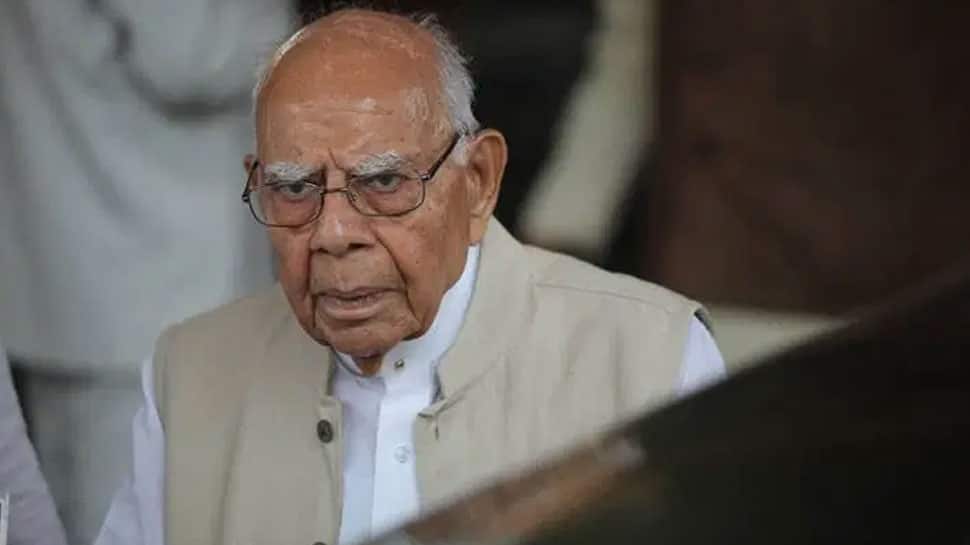 NEW DELHI: Noted lawyer and former Union minister Ram Jethmalani died at his residence in the national capital Delhi on Sunday morning. He was 95.

One of the highest-paid lawyers of the country, Jethmalani served as the Law Minister and the Urban Development minister in the Atal Bihari Vajpayee cabinet. He had also served as the Chairman of Bar Council of India. As a lawyer, Jethmalani often grabbed headlines for representing the unpopular parties. He represented those involved in the assassination of former prime minister Rajiv Gandhi and later Manu Sharma in the Jessica Lal murder case.

Apart from these, the controversial lawyer also defended Harshad Mehta and Ketan Parekh in the multicrore share markets fraud case. After pursuing the legal profession for more than 75 years, Jethmalani had announced his retirement two years back.

Born in Sindh on September 14, 1923, Jethmalani had obtained a law degree when he was just 17 and started practising law in Karachi until Partition, according to his official website.

His illustrious career was marked by several high-profile cases and run-ins with some of the most powerful people in the country. As a top criminal lawyer of the country, Jethmalani was known for his techniques of cross-examination of witnesses in the courtroom.

Jethmalani’s spectacular journey began in the 1950s when he became involved in the famous Nanavati murder case of 1962 - a love-triangle where a naval officer was tried for the murder of his wife’s alleged lover.

Though Jethmalani wasn’t representing either one of the sides, he was hired by Mamie Ahuja, sister of Prem Ahuja, the man who had been shot dead, to look after the interests of her brother.

This was a turning point for him which later established him in the erstwhile Bombay where he had moved from Karachi after Partition.

Later, from Haji Mastan to the assassins of Indira Gandhi and from Rajiv Gandhi to LK Advani, Jethmalani represented people from all walks of life, especially those who would find themselves on the wrong side of the law.

Jethmalani, who served as the Union minister for law in the Atal Bihari Vajpayee government from 1999 to 2000, made his foray into politics as early as 1971.

He contested his first election as an independent candidate from Ulhasnagar in Maharashtra but was defeated.

As chairman of the Bar Association during the Emergency, Jethmalani was strongly critical of Prime Minister Indira Gandhi, earning him an arrest warrant.

Jethmalani was forced to leave India and went to Canada for a brief period.

Once the Emergency was over, he secured a Lok Sabha seat for himself from Bombay in the 1977 General Elections.

Although a BJP member, he decided to contest against Atal Bihari Vajpayee from Lucknow in 2004. However, his decision backfired and led to his removal as law minister.

He had a love-hate relationship with his former party - BJP, which welcomed him back in its fold in 2010 with a Rajya Sabha ticket from Rajasthan but three years later expelled him for anti-party remarks. He was expelled after he wrote to then BJP chief Nitin Gadkari accusing party leaders of being silent over huge corruption within the ruling UPA-2.

Condoling his death, PM Narendra Modi said, "India has lost an exceptional lawyer and iconic public figure who made rich contributions both in the Court and Parliament."

"He was witty, courageous and never shied away from boldly expressing himself on any subject," PM Modi said in another tweet.

Jethmalani's last rites will be performed Sunday evening at the Lodhi Road Crematorium in Delhi.