Cow shelters were opened in jails and some inmates started rearing cows and jailers of different prisons have told me, on some occasions, that criminal mindset of jail inmates who reared cows, decreased, said RSS chief Mohan Bhagwat. 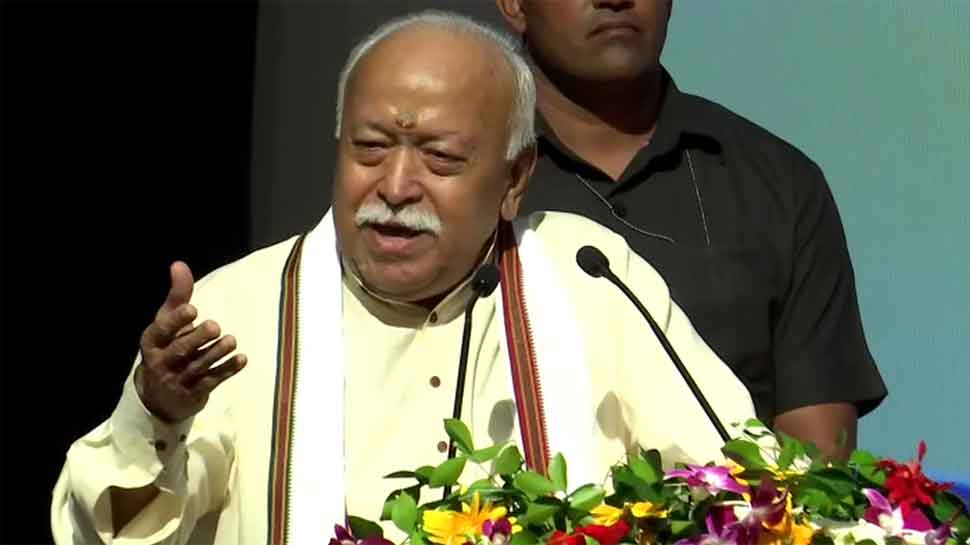 PUNE: Backing the idea to open cow shelters in jails, Rashtriya Swayamsevak Sangh (RSS) chief Mohan Bhagwat on Saturday rearing of cows helps in reduction of the 'criminal mindset' of the prisoners. "Cow shelters were opened in jails and some inmates started rearing cows. Jailers of different prisons have told me, on two-three occasions, that criminal mindset of jail inmates who reared cows, decreased," the RSS chief said at an event in Pune.

Bhagwat added that this practice should be brought into practice at different jails across the country and the whole process should be documented to establish the fact before the world."If this needs to be established on the global level then documentation is necessary. Criminals have to undergo psychological analysis and after they rear cow, we have to again note the changes and take out its statistical probability and document it. When such a document comes from thousands of places, the fact will be established. This exercise needs to be undertaken", he added.

The RSS chief also appealed more people to take care of the unattended cows. He stressed that Indians have always reared the cow for a sacred atmosphere and milk and its products were never sold in the country. "In our society, all things are seen in the perspective of relation. The West thinks that cow gives milk and meat, hence it is a thing of consumption for them. However, we never reared cow for their milk. In India, the cow was always reared for a sacred atmosphere. Milk and its products were never sold", Bhagwat said.

Highlighting the benefits of cow dung in the traditional method of farming, Bhagwat remarked that earlier Indian farmers did not use fertilizers because they were getting natural manure from the cow dung but the situation has now changed.