Lal Bahadur Shastri played an important role in the freedom movement and is considered to be one of the greatest leaders of the country. 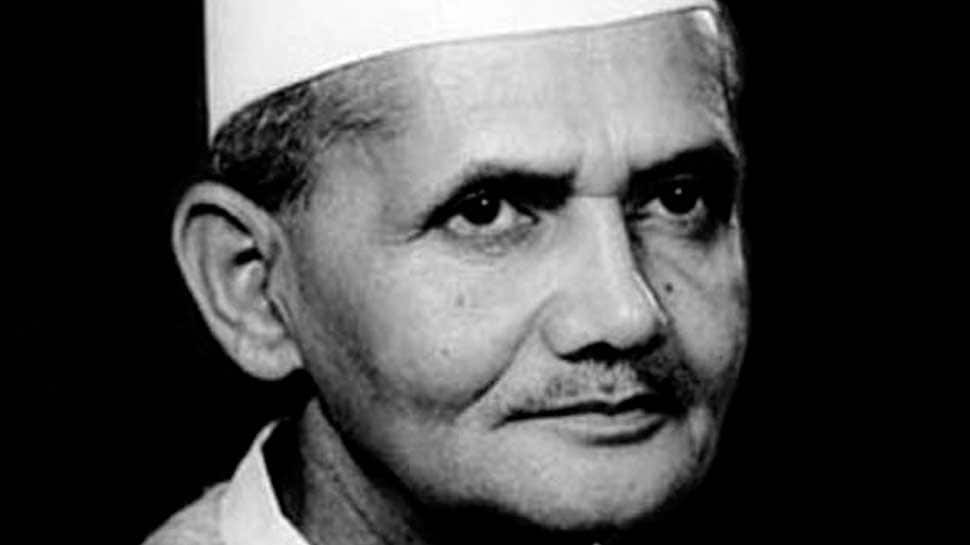 Lal Bahadur Shastri was India's second Prime Minister. He held his term from 1964 to 1966. He took charge as the Prime Minister after the demise of Jawaharlal Nehru. Shastri played an important role in the freedom movement and is considered to be one of the greatest leaders of the country.

Shastri led the country during the Indo-Pakistan war of 1965. Post the war, he steered the nation out of an extremely tough situation. It was during the war when he coined the famous slogan, 'Jai Jawan, Jai Kisan'.

Shastri was born in Varanasi in Uttar Pradesh to Sharada Prasad and Ramdulari Devi on October 2, 1904. He shares his birthday with Mahatma Gandhi, the Father of the Nation.

An orator par excellence, the short-statured leader was also known for his extreme will-power. He was highly respected for his philosophy of 'simple living and high thinking' and remained concerned about the common man throughout his life.

Shastri suffered a massive heart attack and died on January 11, 1966, in Russia's Tashkent, where he signed a peace agreement between India and Pakistan post-1965 War.

On Lal Bahadur Shastri's birth anniversary, here are some inspiring quotes by the leader:

* True democracy or the swaraj of the masses can never come through untruthful and violent means, for the simple reason that the natural corollary to their use would be to remove all opposition through the suppression or extermination of the antagonist.

* It is most regrettable that nuclear energy is being harnessed today for making nuclear weapons.

* Discipline and united action are the real sources of strength for the nation.

* We can win respect in the world only if we remain strong internally.

* India can fight poverty and unemployment by becoming self-reliant in core sectors.

* That loyalty to the country comes ahead of all other loyalties. And this is an absolute loyalty, since one cannot weight it in terms of what one receives.

* India will have to hang down her head in shame if even one person is left who is said in any way to be untouchable.

* As a nation, we must fight for peace as we fought in a war.