SC verdict on Article 377: It's a genetic disorder, like someone having six fingers, says Subramanian Swamy

Subramanian Swamy believes that the verdict will give rise to HIV and the next government will move a seven-judge bench to rule out the judgment. 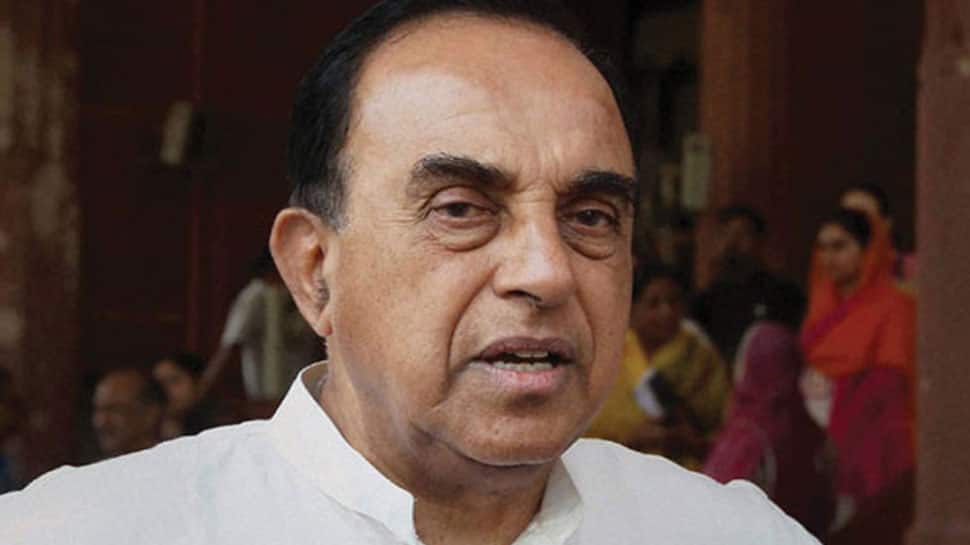 NEW DELHI: The Supreme Court in its landmark judgment on Thursday decriminalised gay sex in India but BJP MP Subramanian Swamy says that it (gay sex) is a genetic disorder and must be rectified by medical research.

Swamy, while opposing the apex court's judgment, says that HIV will now spread more. "This verdict could give rise to other issues such as an increase in the number of HIV cases," he said.

Adding another perspective, the BJP MP says that anything happening in someone's private life should not be anyone's concern, neither anyone should be punished for it but medical research should be done to rectify the 'genetic disorder' in homosexuals.

"It is basically a genetic disorder, like someone having six fingers. Medical research must be done to rectify it," he said.

Swamy says that this (decriminalising gay sex) is an American game and with this pace, gay bars will soon open up in India. "It is the American game. Soon there will be gay bars where homosexuals can go. HIV will spread," he said.

Swamy went on to add that the next government will move a seven-judge bench to set aside this five-judge bench order.

Earlier on Thursday, the Rashtriya Swayam Sewak (RSS) said that same-sex marriage and relationship are neither natural nor desirable which is why it does not support such relationships.

RSS said that it does not consider same sex as a crime. Arun Kumar, Akhil Bharatiya Prachar Pramukh of RSS said, "Like the Supreme Court we too do not consider this a crime. However, same-sex marriage and relationship are neither natural nor desirable which is why we do not support such relationships."

"Traditionally, the Indian society too does not recognise such relation,'' he said adding, ''a man usually learns by experiences which is why this subject has to be dealt at social and psychological levels," he added.

Congress MP Shashi Tharoor reacted on the verdict by saying that "government has no space in bedrooms" and the verdict comes as a "dawn of freedom".

The bench said it is no longer an offense for LGBTIQ (lesbian, gay, bisexual, transgender/transsexual, intersex and queer/questioning) community to engage in consensual sex between two adults in private.

Reading out the judgment, Chief Justice Misra said attitudes and mentality have to change to accept others' identity and accept what they are, and not what they should be.

"It is the constitutional and not social morality which will prevail," said the court.

India now joins 25 other countries where homosexuality is legal.