All three accused namely, Narayan Singh, Bhagwant Singh and Govind Preet Singh, were sent to police custody for six days in connection with the gruesome lynching and murder at Singhu Border. 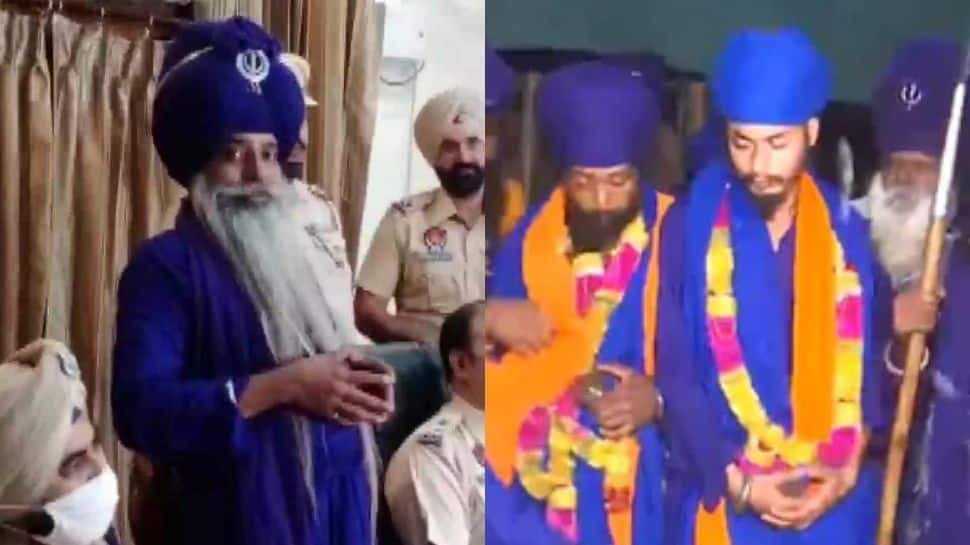 New Delhi: In the latest development to the Singhu border killing, the Sonipat Court on Sunday (October 17, 2021) sent all the three accused, connected to the lynching of a Dalit man at a farmers' protest site, to six-day police custody.

All three accused namely, Narayan Singh, Bhagwant Singh and Govind Preet Singh, were sent to police custody for six days in connection with the gruesome lynching and murder at the farmers' protest site at Singhu Border on Friday.

All the three accused were produced before Sonipat Court today. Earlier, on Saturday the Amritsar Rural Police had arrested Narayan Singh from Rakh Devidass Pura in Amarkot village of Punjab. On Saturday night, the Haryana police detained two more Nihangs in connection with the Singhu Border incident, Bhagwant Singh and Govind Preet Singh. They interacted with the media at the Singhu border before "surrendering".

On Friday, the police had arrested the first accused, Sarabjit Sigh, in connection with the case. Following this, Sonipat court remanded him to police custody for seven days on Saturday.

Meanwhile, the mortal remains of Lakhbir Singh were cremated at his native village in Punjab's Tarn Taran amid tight security in the presence of his close family members. No Sikh priest was present to perform Ardas (Sikh religious prayer) and no one from his village Cheema Kalan attended the last rites.

It may be noted that the murder took place in the wee hours of Friday on the Singhu border dividing Haryana and Delhi when Lakhbir Singh (30), a resident of Tarn Taran district in Punjab, was seen carrying the Sarbloh Granth -- a holy Sikh religious scripture -- by a Nihang Sikh man.

Lakhbir was then accused of desecrating the Sarbloh Granth. The arguments soon turned violent and the man`s hand was allegedly chopped off amid the chaos.

IMD issues red alert for Uttarakhand, urges govt to be ready for emergency