Sugarcane farmers in this belt claim that a large share of their dues are yet to be cleared, thus making it difficult for them to make ends meet. 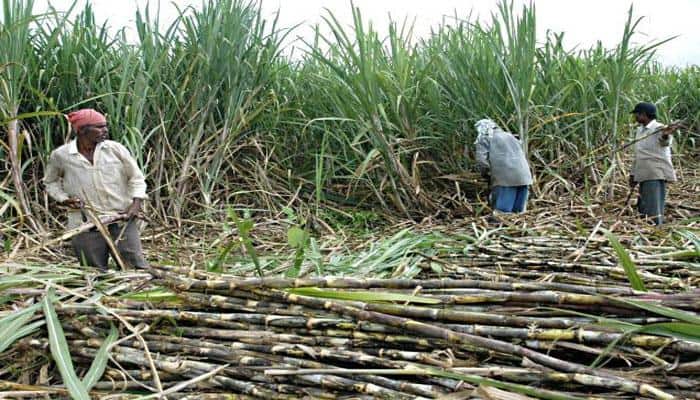 Shamli, Uttar Pradesh: With elections around the corner, political parties are leaving no stone unturned to woo different sections of voters. However, Shamli may prove to be tough as discontent is ripe among sugarcane farmers over a delay in payment.

Sugarcane farmers in this belt claim that a large share of their dues are yet to be cleared, thus making it difficult for them to make ends meet. Speaking to ANI, Harinder, a sugarcane farmer, said, "We are not getting our payment on time and a lot of it is due. We expect that whatever government is formed should ensure timely payment and must work towards reducing the power tariff".

Another farmer, Tejpal Rana, said the situation has worsened in recent years. "The present situation is very bad. We are not even able to pay the fees of our children. It is getting hard for farmers to marry their daughters. We are getting payments with much of a delay," said Rana.

He also said that the claims of making payment to sugarcane farmers are wrong: "I have been a BJP member but despite our own party`s government we had to sit on agitation. All the farmers had supported BJP in 2014 but the situation has changed now. We are not begging anyone. We do not want Rs 6000. We only want our payment that these sugarcane mills owe us."

Sanjeev Kumar, another farmer, added, "The sugarcane mill is functional since the last five months but we have received payment of only one month. We have to pay for everything in advance but are not receiving our payment even after delivering the product. The government knows everything but is doing nothing."

Echoing similar views, Sudheer Singh said, "The situation in Shamli is that the factory has been functional since November but has only made payment of 20-21 days. Farmers are not happy, workers are not happy."

On being asked about the upcoming Lok Sabha elections, he said, "This year they haven`t increased the cost of sugarcane at all. The subsidy is also being reduced with time. We do not want the three payments of Rs 2000; we only want payment of the product."

An official from the mill also acknowledged the delay in payment while asserting that payments will be made as soon as the product from the factory gets sold.

Naresh Kumar, Additional GM said, "We have made payments till December 11. The rest of the payment will be made after the sugarcane is sold as this was the policy that the central government had introduced since last year."

Sugarcane farmers make for a large part of voter base in Western Uttar Pradesh and contribute significantly towards the performance of any political party. The parliamentary consistencies of western Uttar Pradesh will go to polls on April 11 in the first phase of the election.