With Chief Justice of India Ranjan Gogoi, before his retirement on November 17, heading the benches in all the three cases, the verdicts on Sabarimala Temple order, Rafale deal and contempt court against Rahul Gandhi were pronounced on Thursday morning back-to-back. 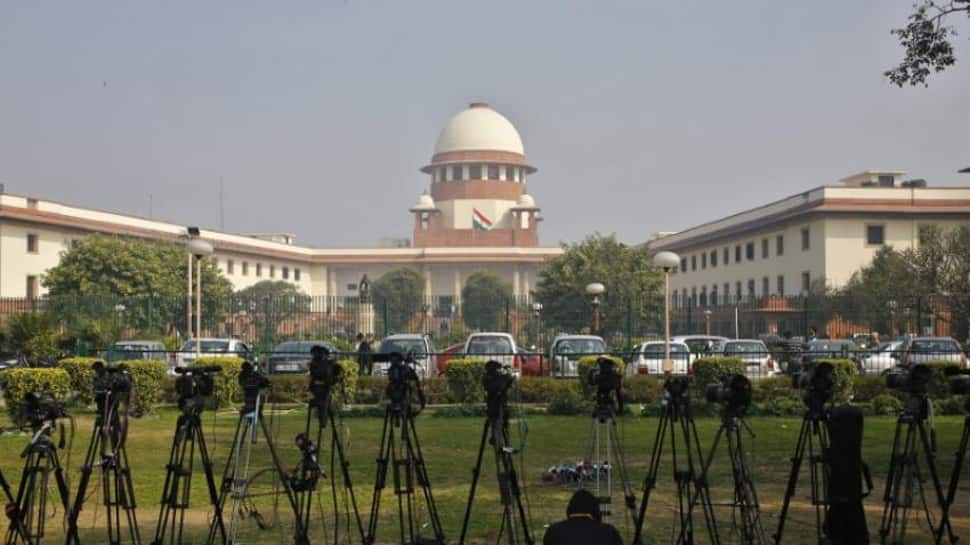 New Delhi: It was a big day in the Supreme Court on Thursday (November 14, 2019) with verdicts in three politically and socially important cases - plea against clean chit to the Centre in the Rafale fighter aircraft deal, petitions challenging entry of women into the Sabarimala Temple, and the contempt case against Congress leader Rahul Gandhi - being delivered. The big judgment day came just five days after the historic verdict in the decades-old Ramjanmbhoomi-Babri Masjid case in Ayodhya and a day after the ruling to bring the office of the Chief Justice of Indian under the Right to Information (RTI) Act.

With Chief Justice of India Ranjan Gogoi, before his retirement on November 17, heading the benches in all the three cases, the verdicts on Rafale deal, Sabarimala Temple order and contempt court against Rahul Gandhi were pronounced on Thursday morning back-to-back.

Here's a look at the top court's verdicts in the aforementioned cases:

The Supreme Court referred the issue of entry of women into Sabarimala Temple and other religious places to a larger seven-judge bench. The apex court, in a 3:2 verdict, referred the Sabarimala issue to the larger bench. Justices RF Nariman and DY Chandrachud dissented while Chief Justice Gogoi and Justices Indu Malhotra and AM Khanwilkar were in favour of referring the matter to a larger bench.

The apex court said that the entry of women into places of worship is not just limited to the Sabarimala Temple but also includes issues like allowing Muslim and Parsi women to enter religious practice. Reading out the judgement, Chief Justice Gogoi stated that issues such as Muslim women's entry into mosques, right of Parsi women who married outside the community to access towers of silence, have been referred to a larger bench.

In September 2018 judgement, SC had lifted the ban that prevented menstruating women and girls between the age of 10 to 50 from entering Sabarimala Temple dedicated to Lord Ayyappa in Kerala. However, the court did not put a stay on its order on Thursday.

According to this order, women of all ages can visit the shrine till a larger bench decides this issue.

The 36 Rafale fighter aircraft deal for the Indian Air Force (IAF) was signed by the Bharatiya Janata Party (BJP)-led National Democratic Alliance (NDA). The top court on Thursday gave a clean chit to the government.

The petitions demanded a CBI probe into the purchase of Rafale fighter jets from France.

SC had in its 2018 order given a clean chit to the Narendra Modi government on a plea seeking investigation into alleged irregularities in the procurement of the fighter jets.

The top court had on December 14, 2018, dismissed petitions seeking court-monitored probe into Rafale fighter jet deal, saying that there was no occasion to doubt the decision-making process in the deal. The top court had also said that it was not its job to go into the issue of pricing of fighter planes. After which, review petitions were filed by former union ministers Yashwant Sinha, Arun Shourie, lawyer Prashant Bhushan and others against the judgement.

A bench of Chief Justice Gogoi and Justices SK Kaul and KM Joseph said that Rahul, being a person holding a place of importance in the political spectrum, should have been more careful before attributing to the top court certain things which were not part of the order.

Lekhi had accused the Congress leader of misquoting the April 10, 2019, order of the Supreme Court. He had allegedly said that the apex court had accepted that "chowkidar" (a reference to Prime Minister Modi), is a "chor" (thief). The top court then issued a contempt notice against Rahul and said that he had to either offer an apology or face criminal contempt.

Subsequently, Rahul tendered an unconditional apology and sought closure of the contempt proceedings against him.

During the course of proceedings, former Attorney General Mukul Rohatgi, who represented Lekhi, had argued that Gandhi's apology should be rejected and action must be taken against him.