There is fire in my heart over Pulwama terror attack: PM Modi

Prime Minister Narendra Modi on Sunday said there was "fire" in his heart over the suicide bombing of a CRPF convoy in Jammu and Kashmir that killed 49 troopers. 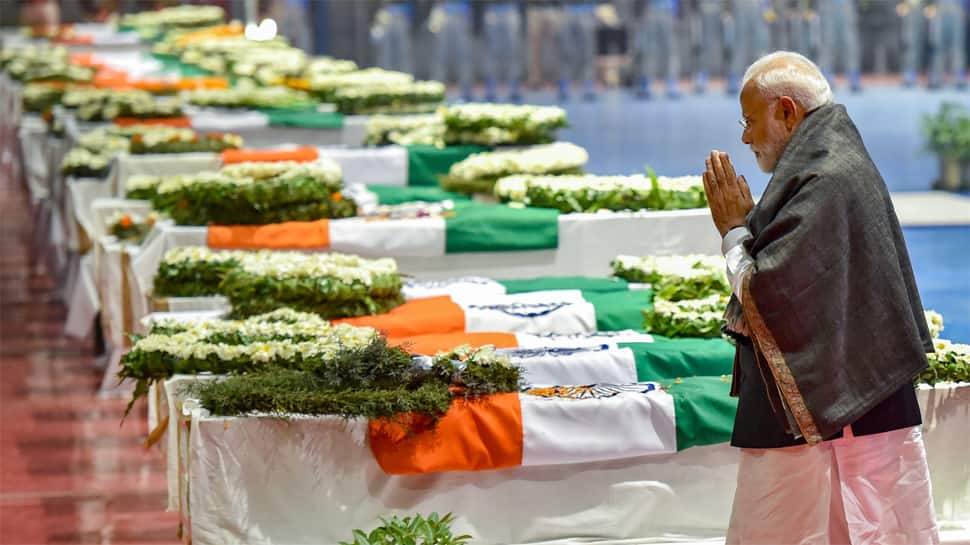 Begusarai: Prime Minister Narendra Modi on Sunday said there was "fire" in his heart over the suicide bombing of a CRPF convoy in Jammu and Kashmir that killed 49 troopers.

The inauguration was done through video conference.

PM Modi also paid his tributes to two of the CRPF troopers who died in Pulwama on February 14 who hailed from Bihar: Sanjay Kumar Sinha (Patna) and Ratan Kumar Thakur (Bhagalpur). He said they had sacrificed their lives for the country. "I express my sympathies with their families."

PM Modi made no mention about Pakistan and its alleged involvement in the worst terror attack in Jammu and Kashmir since militancy erupted in the state in 1989. In his over half-hour speech, he mainly focussed on development.

He said the NDA government`s vision of development runs on two parallel lines, one being infrastructure development and the other is to uplift those sections of the society who have been struggling to avail even basic amenities for over 70 years.

He reminded people that decisions regarding fast economic development and implementation of the projects on the ground were possible in the last four-and-a-half years due to "a strong government" at the Centre.

PM Modi thanked the people for electing such "a strong government" in the 2014 Lok Sabha polls.