Yogi Adityanath's remark is seen as a veiled dig at the Samajwadi Party (SP). Om Prakash Rajbhar, the chief of the Suheldev Bharatiya Samaj Party (SBSP), an ally of the SP, had blamed the Rashtriya Swayamsevak Sangh (RSS) for the country's partition, a day after saying India would have remained unified had Muhammad Ali Jinnah been made its first prime minister. 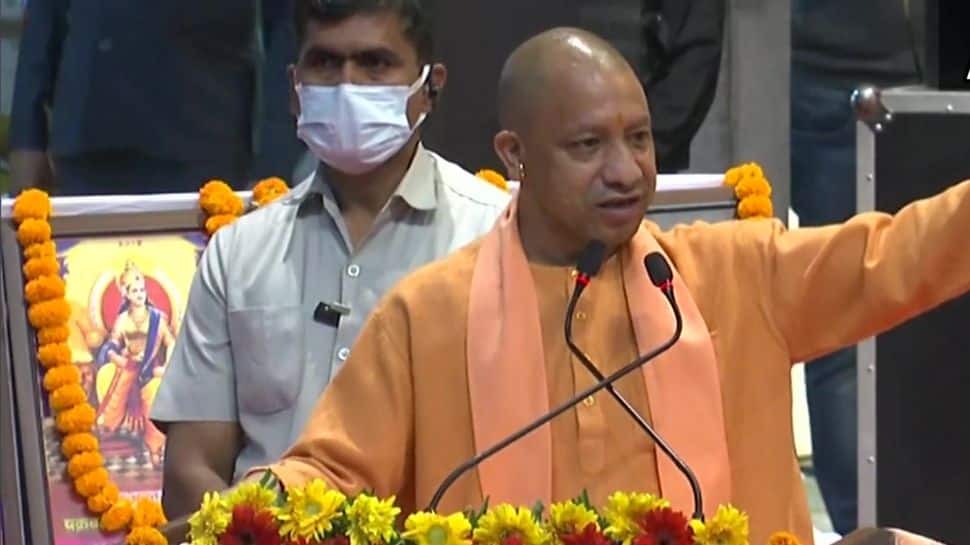 Lucknow: Those who are raising the issue of partition are in a way supporting the Taliban, Uttar Pradesh Chief Minister Yogi Adityanath said on Sunday.

His remark is seen as a veiled dig at the Samajwadi Party (SP). Om Prakash Rajbhar, the chief of the Suheldev Bharatiya Samaj Party (SBSP), an ally of the SP, had on Thursday blamed the Rashtriya Swayamsevak Sangh (RSS) for the country's partition, a day after saying India would have remained unified had Muhammad Ali Jinnah been made its first prime minister.

With months to go for the Assembly polls in the politically crucial state of Uttar Pradesh, Jinnah appears to be dominating the political discourse.

Addressing the Samajik Pratinidhi Sammelan here, Adityanath said, "Those who are speaking about the partition are in a way extending support to the Taliban. As soon as the Taliban resurfaced in Afghanistan, a number of voices started to come up in its support. When strong action was taken, these voices went soft."

"Supporting the Taliban means supporting a power that works against humanity, against Lord Buddha's message of 'maitri' (friendship). Certain people are moving in that direction and we need to be aware of them," he added.

The BJP leader said those supporting the Taliban need to learn from the past.

"We should not forget how Buddha's statues were destroyed in Bamiyan (in Afghanistan) by the Taliban. Breaking the statues of Buddha means trying to put an end to peace. Twenty years ago, when this incident took place, we thought that one day, they (Taliban) will face 'durgati' (misfortune). A few days later, the US dropped bombs on them. Back then, I had said they reaped what they sowed," he said.

Without naming any political party, the Uttar Pradesh chief minister said, "The opposition does not have any issue to raise.... Rashtranayak (national hero) Sardar Patel is on one side and Jinnah, who divided the country, is on the other. They support Jinnah and insult Patel. But we support Patel. He is a rashtranayak while Jinnah will remain a villain for centuries. Will you support those supporting Jinnah?"

Referring to history books, he said, "History never termed emperor Ashoka or Chandragupta Maurya great, but it termed Alexander, who was defeated by Chandragupta Maurya, great. Historians are silent on such issues. However, once the countrymen learn the truth, India will change."

Because, if the truth comes out before Indians, the society will stand up once again. When society stands up, the nation stands up too. PM Modi is making this nation stand up today. When we talk of 'ek Bharat, shreshth Bharat', these issues are spoken on: UP CM Yogi Adityanath pic.twitter.com/5pC3Uja4DN

Showering praises on Narendra Modi, Adityanath said the prime minister is making the country resurgent and the philosophy of "Ek Bharat, Shrestha Bharat" entails this.

Addressing a public meeting in Hardoi, the SP chief had said, "Sardar Patel, Father of the Nation Mahatma Gandhi, Jawaharlal Nehru and Jinnah studied in the same institute and became barristers. They helped the country achieve independence and never backed away from any struggle."